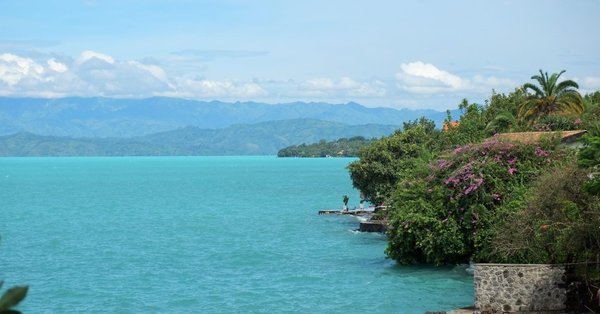 Lake Kivu. Its neighborhood is potential source of oil

Rwanda is preparing a call for proposals from oil companies to bid for exploration rights at Lake Kivu to continue from where Canadian Vanoil Energy Ltd had reached – after more than four years of operations.

Already about six companies have expressed interest to resume the exercise in the Lake in western Rwanda which various experts have suggested could be having huge petroleum deposits.

The so-called Kivu graben is an extension of the Albertine region in which Uganda has discovered massive crude oil deposits estimated at around 3.5 billion barrels.

The discovery was made in western Uganda at the border with the Democratic Republic of Congo (DRC) and Uganda is moving closer to signing an agreement with either Chinese or Russian company that will manage its proposed petroleum refinery in July 2014.

Whereas the government had set at least two years to conduct a detailed seismic survey and drill at least one well to confirm oil presence, the Canadian company could not indicate that it will meet government expectations. As result, Rwandan government made it clear it wanted the agreement revised. The move went further. The agreement was halted early this year. Government is now looking for other firms to resume exploration activities.

Mr Irénée Nizere, the Director of Petroleum Exploration at the Department of Geology and Mines at the Rwanda Natural Resources Authority (NRA) confirmed in an interview that the terms of reference to hire another firm to resume the search for oil were being prepared.

Mr Nizere says the new firms will carry out a detailed seismic survey to show status of rocks beneath the lakes. The companies will identify possible areas for drilling to find out whether there is oil.This exercise including drilling a well may take an estimated two years to complete.

“We should go further and carry out a complete seismic survey. With that survey we will be able to determine how the beneath of the lake looks like.” said Mr Nizere.

He said that Vanoil Energy Ltd was still at the initial stages of exploration. The company only conducted what is known as reconnaissance survey to establish how the lake would react to seismic waves once a detailed seismic survey is carried out. Lake Kivu is volatile because of huge accumulation of Methane and Carbon dioxide gases.

Scientists have warned that should the lake be tempered with, the gas could explode leaving a trail of destruction. More than two million people could be affected. A similar lake in another African country Cameroon exploded in 1986, suffocating anything its path.

As part of solution to prevent any such catastrophy, Rwanda is in the process of generating electricity from massive quantities of methane gas in the same lake. Scientists have indicated that removing the methane will avert the possibility of problems from the lake, shared with large neighbour the Democratic Republic of the Congo.

Currently Rwanda has model petroleum Production Share Agreement (PSA) which it could sign with the company that would strike oil in Lake Kivu.

However, this is not enough as it only covers production and revenue sharing, say analysts. However, the government says it is putting in place a legal framework that would lead to the development of the upstream petroleum sub-sector.

Nizere says that the government had to consult other petroleum legal systems African oil success stories such Ghana and Mozambique to ensure that the Rwandan law was well informed.  Rwanda has also learnt from negative experiences of Uganda where the licensed companies could transfer exploration rights and leave which brought chaos in the sector.

Nizere says that the law has been drafted and a validation workshop was held in early 2014 and the input from various stakeholders has been received.  What remains is the circulation of the draft law to the stakeholders again for more validation and after that the draft law will be sent to the cabinet for approval before it is sent to the parliament for scrutiny and voting.

Some of the areas covered by the law include different phase of exploration and what happens if one phase is complete. It also looks at regulatory institutions as well as production of oil and share of the revenues from the oil resources. It also looks at relinquishing the rights if the company chosen fails to move to another phase of exploration.

Rwanda, says Nizere, looks forward to taking advantage of the 15th East African Petroleum Conference and Exhibition which will be hosted in Kigali from 4th to-6th of June 2015.

During the conference, Nizere says Rwanda will make a call for investment in the Oil and gas sub-sectors.

The conference, which is organised by the Secretariat of the five member partner states of the East African Community (EAC), brings together participants from the member states of Rwanda, Tanzania, Uganda, Kenya and Burundi as the organisers.   It also attracts foreign participants from outside the EAC bloc.  The conference keeps rotating from one partner state to another and this is the first time it will take place in Kigali.

All the five partner states of the EAC apart from Burundi and Rwanda have discovered oil. Kenya, Uganda and Tanzania have all discovered massive oil deposits and they are moving towards the production stages.

Once oil refineries start sprouting in East Africa, it is hoped that the regional economies will reap huge benefits benefit from job creation but also in terms of skills transfer.

The region is also hopeful on Foreign Direct Investments (FDIs) that may follow the discovery of oil and setting up of refineries in addition to the petroleum sales revenue boost to the national economies that have discovered oil.

Rwanda, one of the active members of the EAC, is poised to benefit more if it strikes some oil, too. Rwanda however currently has huge methane gas deposits under Lake Kivu, the same lake that is believed to have oil.  During the conference both gas and oil investment opportunities will be showcased to the multitudes of the foreign investors coming from far away and in the region.

How much oil is there anyway?

Although Rwanda moves to grant oil exploration rights to another company, the upstream petroleum sub-sector faces a host of uneasy challenges.  It is clear even in the policy that the government will not invest in exploration activities. But still it needs technical capacity to be able to monitor and evaluate what the oil exploration company will be doing.

This capacity, explains, Nizere, is still very low.  The government, says Nizere, wanted to hire about five engineers with expertise in petroleum but it could not get them locally. He says that there are about six or seven petroleum experts in Rwanda but all of them are employed.

However, the government has moved so quickly to train locals in the petroleum field. About ten Rwandans have been sent abroad to take petroleum related courses and once they return, it is hoped that will help to address the limited human capacity challenge in this area.

However, given the current bitter relations between Kigali and the DRC, securing the permission may take too long or the request could even be turned down, thus affecting the set timelines to have exploration activities completed as government wishes.

Rwanda also finds itself on the weaker side when it is negotiating terms with the exploration companies. This is because the area believed to have oil is small compared to what a country like Uganda has. For instance Rwanda’s area is about 700 square kilometres whereas in Uganda, it is about twice which means that investors in Rwanda’s oil exploration may tend to urge that since the area is very small, they may invest heavily and get low returns once oil is discovered.

To encourage them, Rwanda may be forced to reduce its share of the discovered oil which could limit the impact the oil could have on the national economy since government may have little say or control on the oil share given to the investors. However, it’s still too early to rule out anything since no oil has been discovered yet, according to experts.

Why Rwanda may be the best place to have a baby