It has emerged that a larger section of ordinary Rwandans are more and specifically interested in having Paul Kagame as their President and less interested in amendment of the constitution.

The new development has emerged from consultations by legislators who travelled to the countryside to meet citizens, and to discuss exactly what they want following 4 million petitions that seek amendment of constitutional provision on presidential term limits.

The three-week consultative meetings will end on August 11, after which lawmakers will produce a final report on the outcome of consultations.

“My concern is not about amending the constitution,” says Claudine Mukeshimana, a resident of Remera sector in Ngoma district, Eastern Rwanda. “We only want Kagame to lead us. He has transformed this country than anyone else.”

However, President Paul Kagame is already concluding his second and last term in office as required by the law.

Legally he isn’t eligible to seek re-election in the forthcoming polls in 2017.

Some citizens across the country are expressing concern that lifting term limits might attract opportunists that can destabilise the country.

“We are not interested in amending the constitution that will eventually give room to other leaders who would turn the country into turmoil like what is happening in Burundi,” said 70-year-old Manasseh Mvuyekure during the debate in Ngoma District, Eastern Rwanda.

The challenge for the legislators now is how to solve this legal puzzle.

These increasing voices are very specific. They want Article 10, that limits the incumbent to only two 7-year terms, to be amended for “only Kagame” and only be restored when he’s no longer the president.

For example in Ngoma district, residents told lawmakers that they will accept the constitutional amendment only on condition that it should be applied to President Kagame.

Liberata Bankundire, a resident of Huye District said she will always vote for Kagame, because, “Our local leaders perform their duties well because of the strict leadership of Kagame.”

“We want him to retire when he can’t read or write anymore,” another resident said.

Residents say they petitioned for amendment of article 101 to allow President Kagame to run for another term citing several things including, infrastructure, social benefits such as health insurance, one-cow-per family, monthly stipends to the poor, education for all, security and many more others.

80-year-old Pascal Ntituhongerwa from Rwamagana district said: “In my entire life, I have never seen a leader who is pro-poor like Kagame…he gives you houses, milk and electricity.”

Paul Rudakuban from Rubavu, Northern Province, says Kagame stopped the genocide and restored peace and security. “Anyway, where does he want to go and why does he want to go, we don’t want anyone else, but Kagame.”

Interestingly, some residents, especially the elderly people, came thinking it is time to vote and they were too ethusiatic about voting for Kagame and cannot wait for the time to vote.

Sebaganwa Francois, a resident of Kimihurura sector in Kigali showed up in the morning at the sector offices thinking it was voting time. “I had come to vote for president Kagame,” he said.

Meanwhile, as consultations continue, the opposition Democratic Green Party, has filed a lawsuit to the supreme court contesting the amendment demanding court to block Parliament from any future plans of changing the constitution, specifically, regarding the “lifting of presidential term limits from the Constitution.”

Supreme Court heard the case and adjourned it to July 29 after the party’s lawyer failed to turn up. 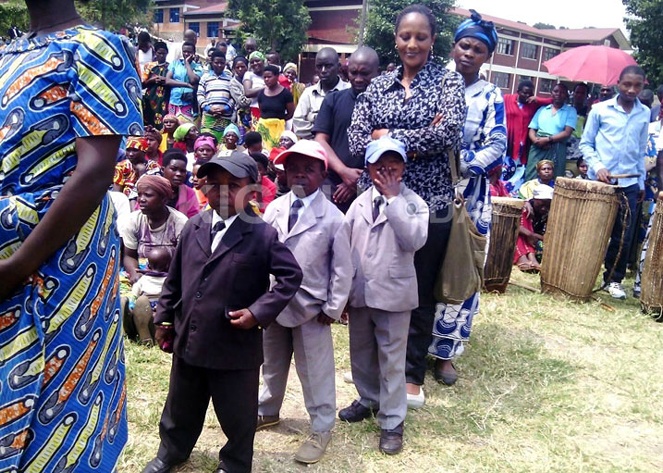