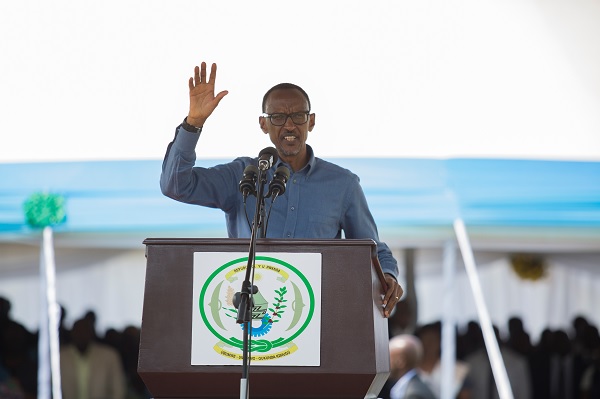 What came as a ‘Friendly’ or a ‘Love Letter’ from France’s President Francois Hollande to Rwanda’s President Paul Kagame wishing him a good 21st Liberation Anniversary, turned out to be a ‘Party Spoiler’.

Shortly before addressing the nation from Gicumbi District, Northern Province, from where the liberation struggle took momentum, President Kagame was  briefed about the content of the letter, but he had not read it.

The letter, written in French and signed by President Hollande himself, wished President Kagame and Rwandans a happy Liberation Day, but went on to remind Kagame that despite the development and progress he has made, he should remember to “respect human rights”.

“Before I read the letter, I want to respond to it,” Kagame told the crowd attending the national cerebration. “When I see it I will respond, but I want to respond now.” he said and added, “and so what if not [respect human rights]?

He continued. “So, we liberate ourselves and we cant know how to respect human rights?” “Am I the person to be reminded about rights and what I should and shouldn’t do for the people I lead?”

Kagame who seemed to have been disturbed by the letter, told the crowd that the motivation of such a behaviour is rooted from Western arrogance and neocolonialism. 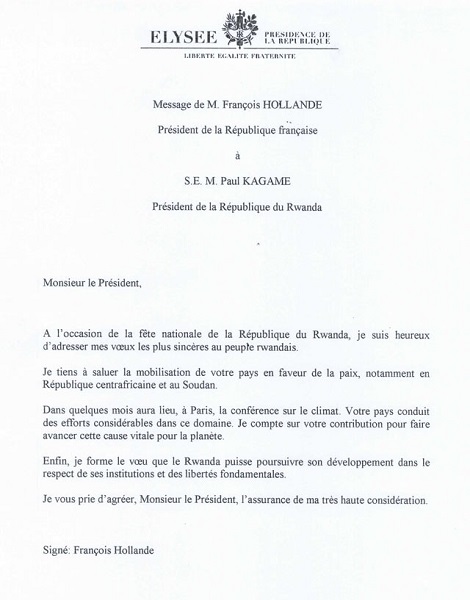 “Those who gave us independence gave it in words, and remained with the real independence,” Kagame said.

France is Rwanda’s former colonial master and was Jevenal Habyarimna’s closest African ally and a supporter of the former genocidal regime, which Kagame fought and defeated.

Rwanda and France have had a sour relationship since the end of the 1994 genocide against the Tutsi.

The powers at the Elyse continue to face Rwanda’s wrath for providing save haven to tens of notorious genocide suspects who masterminded and executed the bloody massacre.

“They support bad leadership and protect the killers…now they have the courtesy to remind me rights?…after all, for me, the rights and independence we need is to fight those who dictate to us what we want,” he said as the crowed responded with wild applause.

“No one loves us more than we do…we appreciate the support, and friendship, but it should not strip us of our rights.”

As cerebration went on across the country, the millions of Rwandans were attentively listening to the address from the head of the state.

France as we all other western nations are at war with global terrorism. The war on terror has engulfed and fatigued military resources. Indeed France has been the latest victim of terrorism by Islamic extremists.

“Instead of partnering with us to fight terrorism …you are instead terrorising me?” Kagame wondered. “We cant accept that. We will not allow to be terrorised. We need dignity and mutual respect.”

He said that Rwanda is currently fighting a war to gain respect and dignity from Western powers that have failed to let go of ‘arrogance and neocolonialism.”

The President said that Rwanda, alike many other African nations, are being bullied by their former colonial masters and those who give them aid.

Kagame, who led the Rwanda Patriotic Army (RPA) rebel group that fought and defeated Habyarimana’s genocidal regime said that “The war of bullets  was won, but now there is another war to fight; the war for dignity.”

Meanwhile, cerebrations across the country were characterised by jubilant residents dancing to patriotic songs, traditional dances and enjoyed the abundant food and drinks prepared. 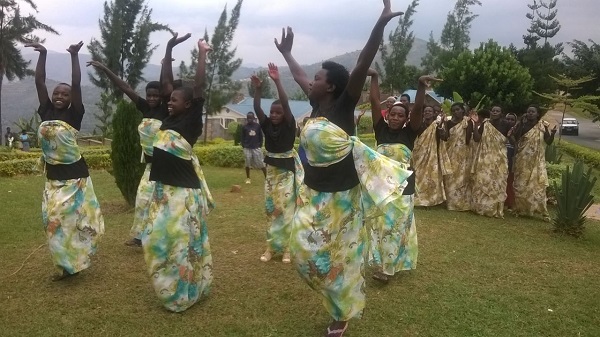 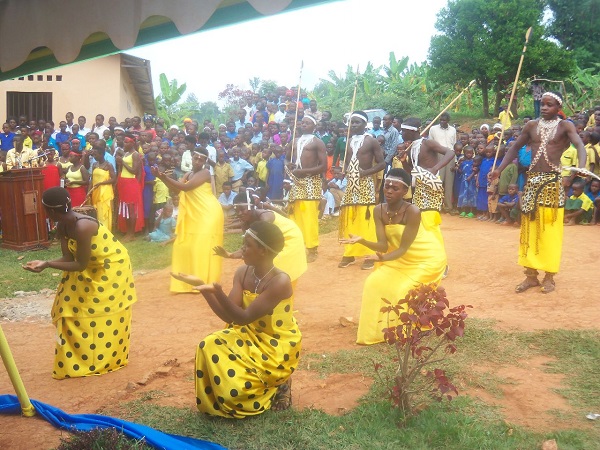 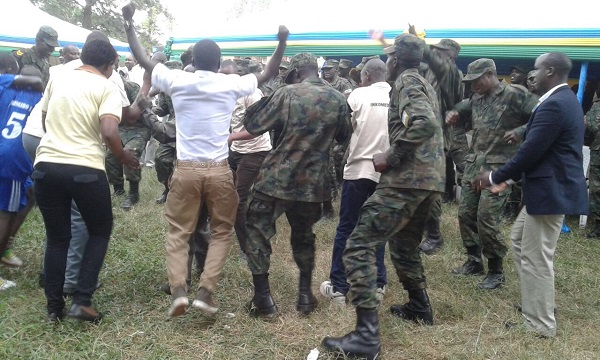