In 1929, Louis Joseph Postiaux, a Belgian colonial governor of Rwanda, summoned all traditional chiefs and community members ‘for a surprise meeting’.

He told them, that ‘the Project’ he had been working on for three years had matured and had invited the chiefs to have a copy.

Later in 1930, the community, including village chiefs, had acquired the 8-page booklet, referred to as “ibuku”, written in French and Flemish, the administrative languages used in Belgium’s East-Central Africa colonies.

It was mandatory for every adult Rwandan of 18 years and above to possess an ID (Indangamuntu).

“Failure to do so could attract a punishment from the colonial penal code: eight whips of the cane.” Prof. Gamariel Mbonimana, a historian told KT Press.

However, after the collapse of the colonial regime in 1962, the republic governments maintained the ID’s, even after the departure of the colonizers, leaving Rwandans divided along ethnic lines, which facilitated segregation against Tutsi and denying them various services and rights. 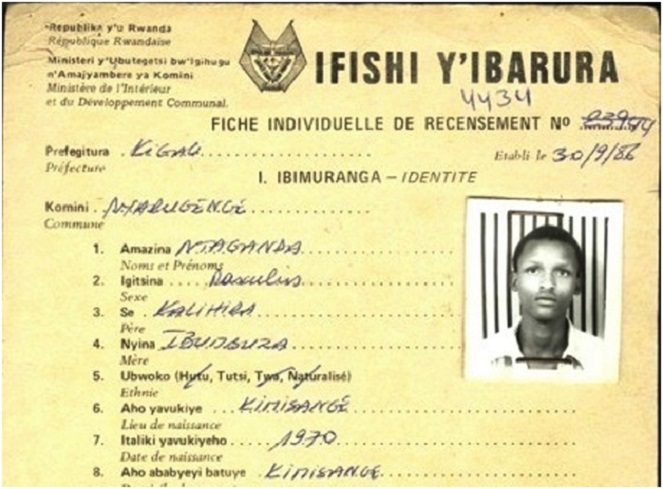 In the 1981, President Juvenal Habyarimana Introduced another ID, a four-page smaller card, but maintaining and loudly pronouncing the holder’s ethnicity.

This bred an ethnically polarized society causing colossal political tensions, leading up to the quota system whereby the Hutu were allocated 90% of available opportunities in education and employment, while the Tutsi were allowed just 10%.

Laurent Nkongori, now a lawyer with the Rwanda Human Rights Commission, almost lost his job of a human resource officer at Utexrwa, a textile company for allegedly breaking the rule.

“The office of the president summoned me and said I was employing a bigger percentage of Tutsi, just because they had found some relatively tall workers in the company,” Nkongoli told KT Press.

During the genocide in 1994, ID’s were used to identify Tutsi at roadblocks, work places and eventually massively murdering them.

“I was obliged to chew my identity card when I reached a road block so that killers do not identify my ethnic group and kill me,” Chantal Mukamana, a genocide survivor told KT Press.

Mukamana managed to confuse Interahamwe militia. She hid in the bush and on a third night without eating she decided to surrender.

“The first man I met hide me, but Interahamwe nearly identified my hiding after one week,” she said.

The well-wisher took Mukamana back to the bush and continued feeding her from there, until July 1994 when the genocide was stopped and the genocidal regime toppled.

Doctor Antoine Rutayisire, a pastor, also explains how he lost his job at the University of Rwanda where he was a lecturer.

He was sent to teach at GS Rwesero, a secondary school in Gicumbi, North, “because the number of Tutsi lecturers at the campus was exceeding 10%,” recalls Senator Laurent Nkusi, then a colleague and workmate to Rutayisire.

In 1996, after the Rwanda Patriotic Front (RPF) Inkotanyi stopped the Genocide,  a new Identity card (greenish Manila paper) without the ethnic details of its holders was introduced.

And in 2008, the paper ID was replaced with the current electronic card.

Today, Rwandans celebrate 21 years of a new identity, an identity that does not target anyone based on their ethnic background.

The new ID bears names of the holder, his/her date of birth, gender and place of issue (not place of origin) only.

The new era $3 ID is printed on water proof material. It has a bar code to access the holder’s information electronically. Rwandans get the ID at a subsidized cost of Rwf 500.

According to Pascal Nyamurinda, the Director General of the National Identification Agency, over six million citizens have been issued with smart identity cards.

Yet, the old identity card with ethnic tags was not even enough to travel from a commune to another. Someone, for example, would need a pass document to travel from Rusumo (East) to Kigali, the capital city.

The seven features on one ID

Another smart ID is expected to be launched soon. This will bear attractive features. It will combine information on one’s pension and health insurance, tin number, passport, driving license, personal identification and family members.

“The features will help the holder to carry just one small document for several services,” says Nyamurinda.

The National Police, the prosecution, the central bank, the ministry of labor, migration office, Rwanda Development Board, the land bureau and other key services in the country will be connected to the NID database, which will help them identify a service applicant and speed up services.

This version is optional though. It will cost Rwf 15,000 and it has a validity of 10 years. Nyamurinda said some features may need to be updated every ten years.

Almost a century later, today, “after the introduction of Ibuku, “We celebrate an ID card which does not allow anyone to hunt us on basis of our ethnicity,” says Mukamana. 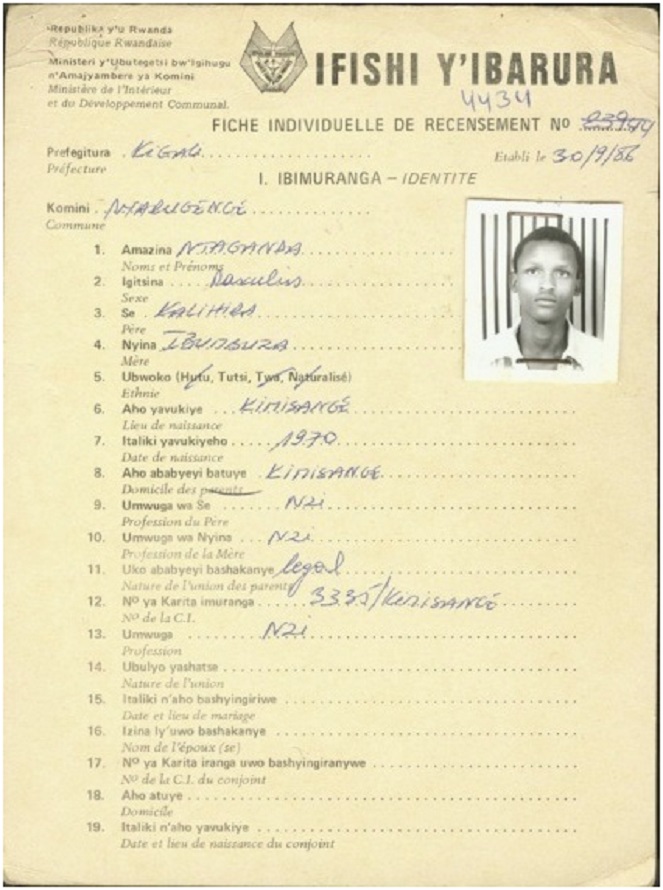 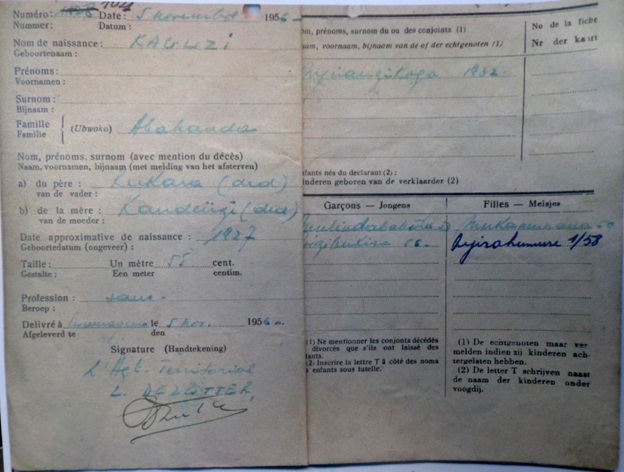 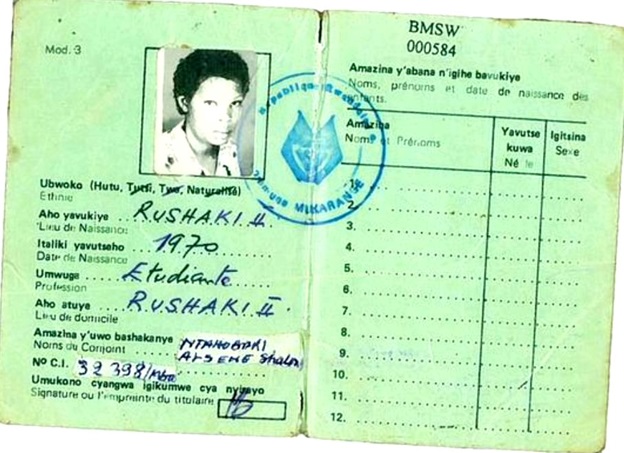