It requires less details or materials to make art stand out, but creativity and interpretation of the concept.

That was the simple but creative and meaningful elements for the Kigali Amphitheatre, where bamboo sticks decorated with black and white colours did the magic.

Kigali’s Amphitheatre was a true example of creativity with simplicity in concept of “When less is more”.

The eye could not resist panning to gaze even from a distance; it really stood out from the hilly background of trees and buildings.

There was no better choice than the Amphitheatre to host the just concluded two-day Ubumuntu Arts Festival, created for the sake of humanity (July 11-12), at Kigali Genocide Memorial.

In an artistic view, the theatre’s set design met the elements and principles of; shape, space, balance, proportion and harmony among others.

Matt Deely, with 10 years of experience in set design for performances, designed the set that made people talk endlessly.

Deely is driven by passion for performance, music, drama and enjoys the collaboration process and team work.

Hope Azeda, a Rwandan director and founder of Mashirika Performing Arts and Media Company told KT Press that Deely designed the set according to her concept of humanity, and was executed by a Rwandan-Congolese, Malenge Alhadji.

Deely says he was inspired by sunshine, a theme that is depicted in black and white spikes that stood on top and round the circular shape of the Amphitheatre.

He used bamboo instead of any other material because of his appreciation of nature; in some way matching the theme of the festival “Ubumuntu”.

On colour as one of the element of art, he chose black and white because they are attached to Rwandan tradition as seen in traditional art (Imigongo) among other objects.

“Apart from being associated with Rwandan culture, black and white colours strong colours that create a beautiful background,” he explains.

Bamboo sticks inside the theatre created balance and support for the creation of the backstage. This also ensured no part of the art overpowered another.

The aspect of movement, the spikes were dramatically placed in a way that invited a viewer’s eye to follow throughout the artwork, controlling what the viewers saw and demonstrated the passing of time or movement.

“Matt is experienced and likes incorporating nature in his designs. Also, we work with him because we don’t have any other artist doing set designing in Rwanda,” says Azeda.

Meanwhile, there was one more thing to the design; the lights.

The marriage between the design and lighting was breathtaking, with a beautiful unified effect.. When the dark fell, the theatre blossomed, brilliantly.

The persuasive lighting was done by Megan Pfeffer, lighting designer from New York.

The lighting design added another artistic aspect, unity; the feeling of harmony between all parts of the art. It creates a sense of completeness.

Variety, contrast, emphasis, difference in size and color of lights also played a big role in the unity of the design. Technique was at its best play.

Interpretation of the artwork 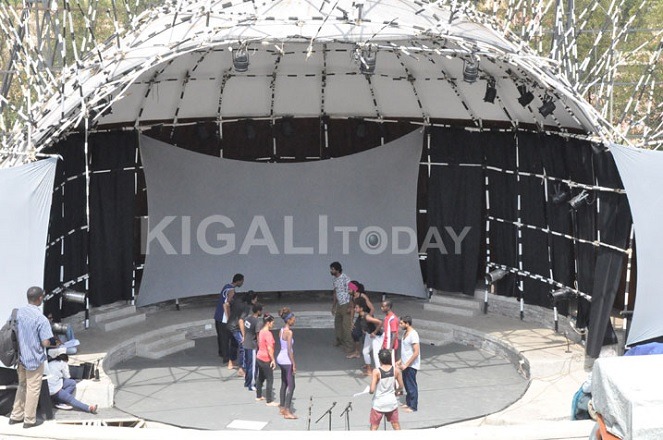 Though the designer was inspired by sunshine, which is associated with vision and joy to some cultures, there were many other interpretations.

The spikes were meant to portray the rising sun, but the audience depicted a thousand stories, such as a thousand spears that symbolize self-defense in the Rwandan culture.

The round shape of the theatre portrays a Rwandan traditional hut that is significant in the history of Rwanda. The same shape shows a sense of a cave, which is also among the historical features of Rwanda.

Unavoidably to say, the theatre was simply marvelous. 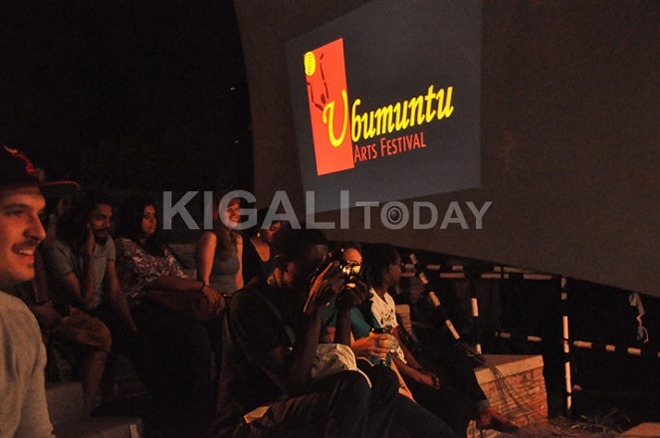