US Attorney General, Loretta E. Lynch, has honoured victims of the genocide against Tutsi that claimed over a million lives in 1994.

She was accompanied by US Ambassador to Rwanda Erica Barks-Ruggles.

Lynch, who was sworn in as the 83rd Attorney General of the United States in April 2015, had earlier performed extensive pro-bono work for the International Criminal Tribunal for Rwanda, established to prosecute those responsible for human rights violations in the 1994 genocide committed in Rwanda.

As Special Counsel to the Tribunal, Lynch was responsible for investigating allegations of witness tampering and false testimony. 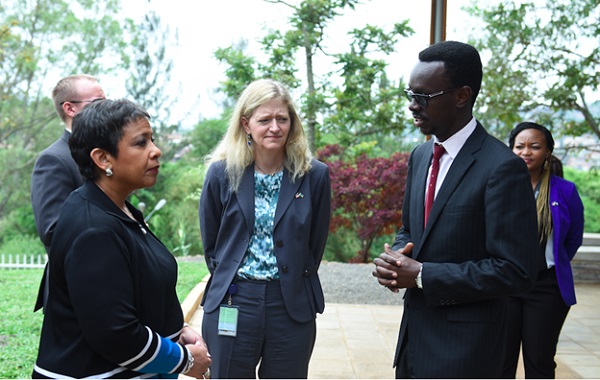