The remaining 719 were private candidates and only 349 of them passed, representing 48.5%.

However, Janvier Gasana, the director of Rwanda Education Board says, “cheating cases declined to 44 cases this year from 100 cases last year.”

He warns that “there are invigilators who still misbehave. We remind them we are watchful.”

Notably, girls have outperformed boys but also the number of students passing has generally increased compared to previous academic years.

Several initiatives encouraging girls to embrace sciences are yielding fruit. This year girls performed better than boys in science subjects which have traditionally been dominated by boys.

Stella Kirenga Mahoro emerged as the best among students with a combination PCM (Physics Chemistry and Mathematics) scoring ‘AAA’.

“We are not scared about the figures because we have some girls in those reputed “tough” skills and they perform well. The culture has been holding them back, yet the trend is changing,” Jerome Gasana, Director General of Workforce Development Authority (WDA) told KT Press.

Gasana’s office is on pressure to meet the 2018 target to have 60% students in Secondary education graduating in technical schools, compared to 43% last year.

He intends to use the industrial based training system, whereby students will learn by practice  from institutions that offer skills they are seeking.

Examination results are available on Rwanda education board website, and both the WDA and college of education websites. 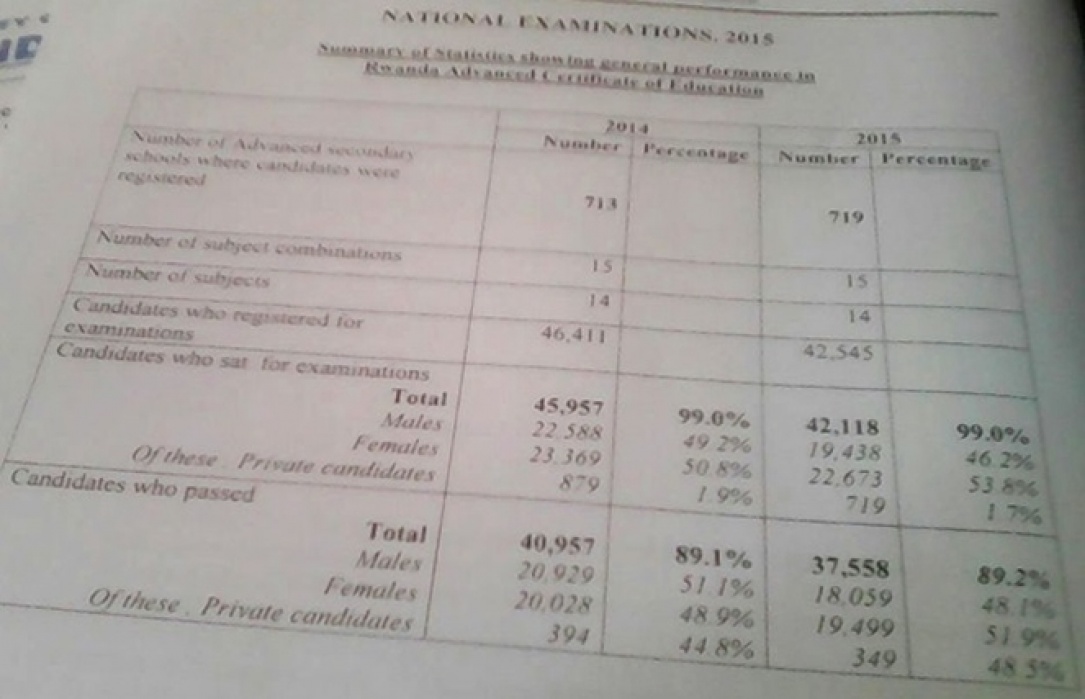