For entire month of February, Rwandans will continue with the process of voting their grassroots leaders. Voting officially began on Monday.

This normally happens after every five years in all the 36,000 villages of the country.  Every Rwandan aged 18 and above is eligible to vote.

In May 2001, Rwanda introduced a decentralization policy aimed at transferring power, authority and resources from central to local government and lower levels. Under this arrangement the country is divided into 30 districts and four provinces including Kigali city.

Every district is further divided into Villages (umudugudu), Cells (kagari) and Sectors (umurenge), depending on size of population, economy and accessibility to public services.

The lowest unit of administration is the Village (umudugudu), it’s at this level that Rwandans on Monday voted for village leadership committee.

Members of each village queued behind candidates of their choice vying for positions of; security, social affairs, education, information and development, representative to cell council, two women representatives.

To effectively serve over 11million population, President Paul Kagame has set higher standards for the 30 district mayors to ensure service delivery. These mayors sign annual performance contracts before the president.

At the ongoing elections, citizens across the country have exercised their power such that corrupt leaders were voted out while candidates with good performance were voted again.

“He deserves it. He mobilised for funds to build a multipurpose complex. We no longer hold our meetings in the open,” said Adelphine Kandanga after her candidate won.

Nsengiyumva  told KT Press “I suggested to everyone to bring what they could afford; some contributed money, others brought sacks of cement. It is a shame for smart people in Kigali to do meetings in the open.”

The house which will cost Rwf 20million upon completion, is currently at final phase valued at Rwf 10 million, all contributed by the local residents.

Now that he has been re-elected as chairperson, he has promised residents that the structure will be ready by July 4 an important calendar day-Liberation day. He also has more promises including; paving the roads in the area.

It does not matter whether someone is a political party affiliate or not or whether he studied university. The most important is for someone, to have what citizen want: accountability, serving with transparency.  For this reason, village chairs come from all works of life.

In Runda, Kamonyi district Yussuf Kwitonda, a truck driver accepted to give his candidacy for a second term after his neighbors proposed him.

“We hear cases of corruption in other villages. For him, he is incorruptible,” says   Adelphine Kandanga, one of the local residents.

As for Kwitonda, he said, “I accepted to give my time just because I wish that one day, neighbors can acknowledge that I contributed to solving a number of problems in my village.”

Indeed, some local leaders come in after the call by neighbors to do so because they find talents amongst them.

A source in Southern province however, said there are among local leaders those who seek candidacy “to have influence, and then seek bribe from those that they serve.”

Corruption among local leaders has the second highest rate with 4.7% compared to 6.3% in Rwanda National police, according to 2015 Rwanda Bribery Index by Transparency International.

It is also reported that others like to volunteer to get a range of contacts of influential people in the country who could help them get a paying job or a job promotion in the future.”

Despite some shortfalls among local leaders however, the latter constitute an important sensitization tool for the government programs.

Every end of the month, they meet the citizen and do voluntarily cleaning services, in community work umuganda which were valued at Rwf 19.1billion last year.

After these activities, village chairs sensitize the community on hygiene and sanitation, civic education and other government programs. In most cases, they leave the place with a common understanding.

This makes it impossible in Rwanda to find a group with a hostile understanding about a government development plan. After all, Rwanda has chosen a consensual leadership style, not confrontational.

As a matter of fact, over 85% of Rwandans sleep under mosquito bed nets given free of charge.

Close to 100% of Rwandan children subscribe to free and universal basic education every year.

Local leaders greatly contributed to the ban of plastic bags and today, Rwanda is credited for having managed to have them off its land.

Speaking about decent settlements, Augustin Kampayana, in charge of rural settlement in Rwanda housing authority told KT Press, “Local leaders did census of people in high risk zone, helped us in resettling them, a program that saved country budget; citizen helped their neighbors to build at decent places.”

In a similar arrangement, local leaders helped resettle 120,000 families that were residing in grass thatched houses, nyakatsi. To this program, government spent Rwf 8 billion, against Rwf 50 billion that could be spent hadn’t local leaders sensitized citizen to help build.

If someone doubts about security of Rwanda, let them venture in any village of Rwanda, either during night or a day and test how the village leaders organize their people. You will have an impression that there is a police officer in every home.

Their reporting system is enviable. The president recently gave telephones to some of them recently.

Meanwhile, representatives voted at village choose among themselves leaders for the cell and sector council, then representatives of youth, women and persons with disabilities.

Most awaited elections are for the district Mayors scheduled on February 27.

The process of electing the district mayor begins by interested candidates submitting their applications to the national electoral commission.

Shortlisted candidates go to campaign at sectors and are voted by sector residents through secret ballot.  The winners become district council members.

District councils include; 30% women, a representative for; each sector, youth, private sector and people with disabilities.

It’s from these council members that a District mayor is elected with two deputies.

The district mayor serves a mandate of 5years renewable only once.

Ten years ago the first 30 mayors started serving in thirty districts under strict  performance contracts. Only two mayors managed to complete their two (five-year) constitutional terms. Others were either fired or arrested due to various failures.

It’s a tough job to be a mayor.

“The beginning was hard and none could expect to be this far. I only managed because I stayed keen to team spirit,” Leandre Karekezi, former mayor of Gusagara district told KT Press adding, “Those who failed to work as a team were likely to go.”

Every district is allocated an average annual budget of about Rwf10 billion but boosted by other fundraised from within the district.

Gedeon Ruboneza, outgoing mayor of Ngororero district in Western province told KT Press; “I am proud that during my tenure, all the sectors of the district were electrified. Six years ago, only 4.2% households had access to electricity. The rate has increased to 17.2%”, which is also the national average.

At every end of year, the best performing district is rewarded with a cup of excellence, while poorly performing mayors are held accountable. 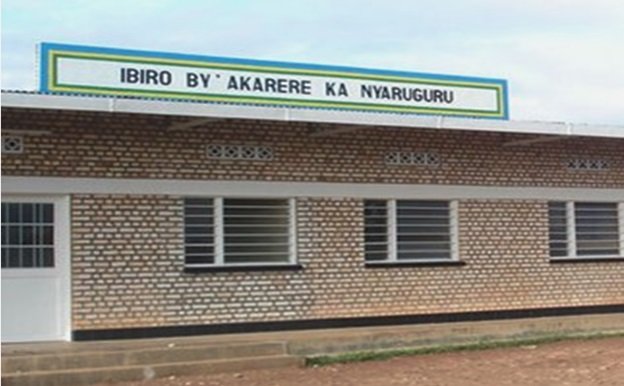