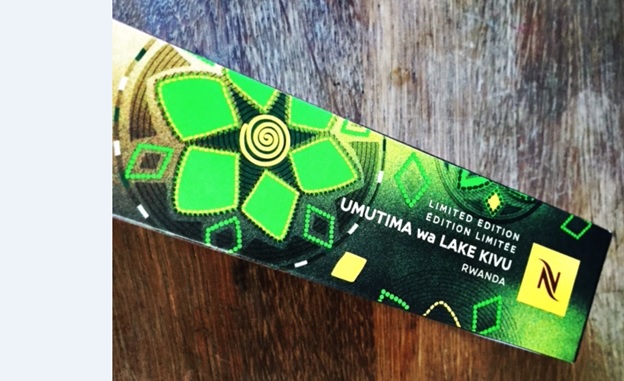 From Lake Kivu region, Rwanda’s aromatic Arabica coffee has made it to the shelves of Nespresso, the world’s  pioneer and reference for highest quality portioned premium coffee.

The firm is packaging the coffee in capsules. Coffee lovers need not to measure in spoons or brew the extract. The well prepared coffee is a single use capsule and easily consumed.

The capsules keeps the coffee from light and air. It remains fresh and flavored all the time.

The capsule is popped into a machine with ease. Only water is added and a cup of delicious coffee is served that simply.

This new release from Rwandan coffee, Nespresso says is to “Celebrate the dedication to coffee cultivation by the farmers in coffee growing communities of Lake Kivu, Rwanda.”

Nespresso, also a brand name of Nestlé Nespresso, an operating unit of the Swiss firm, Nestlé Group, only sources exceptional coffees that are rigorously selected and tested to satisfy the most demanding taste.

Only 1% to 2% of the world’s coffee production meets the high standards of quality set by Nespresso.

“Umutima wa lake Kivu is marketed as a “highly aromatic and refreshing union of fluid texture with bright, juicy fruit notes, enhanced by a delicate aftertaste.”