President Paul Kagame and John Pombe Magufuli of Tanzania have today lit the flame of remembrance at the Kigali Genocide memorial site to officially start the 22nd commemoration of the Genocide against the Tutsi.

The flame will light for a hundred days which signifies the dark period the genocide lasted. During this commemoration, the national flag will fly at half-mast to honour over a million lives lost.

The theme of this 22nd commemoration is “Fighting Genocide Ideology”. Rwandan’s both in and outside the country are holding a series of events to honor genocide victims.

Commemoration events include; laying wreaths on graves of victims in memorial sites, marching in a “Walk To Remember” campaign created by young Rwandans.

After lighting the flame and laying a wreath, alongside Tanzania’s President Magufuli and First Lady, Kagame led the visitors on a guided tour of the Kigali genocide memorial.

Across the country, Rwandans are gathered at memorial sites and rivers where bodies of Tutsi were dumped during the genocide. Some have braced the rain and chilly weather to honour the victims.

In North Western Rwanda, a mass grave was today found in Bigogwe military camp. In this area genocide against Tutsis was “tested” back in 1992.

Meanwhile, this is the time to remember the United Nations failure which had deployed peacekeepers in Rwanda between 1993 and 1996 under UN Assistance Mission for Rwanda, powerless in preventing the genocide.

“On this day, we remember all who perished in the genocide and renew our resolve to prevent such atrocities from ever being repeated, anywhere in the world,” Ban Ki-moon the United Nations Secretary-General said in his message today.

“We should all be inspired by the survivors’ courage in showing that reconciliation is possible even after such a tragedy.”

He commended United Nations Member States in the region and beyond for their continued efforts to arrest and hand over remaining fugitives and end impunity.

Notably though, France which played a major role in the genocide has not apologized or accepted its role. The country also hosts several genocide perpetrators that have acquired full citizenship to enjoy protection in Europe and other countries.

The UN Secretary-General said in his message that, “the best way to ensure that genocide and other egregious violations of human rights and international law can never occur again is to acknowledge shared responsibility and commit to shared action to protect those at risk.” 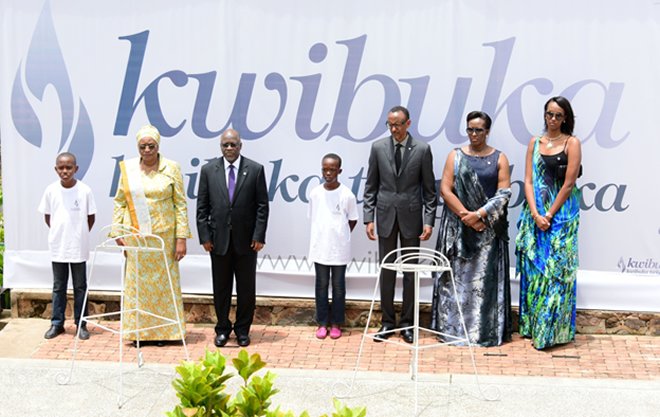