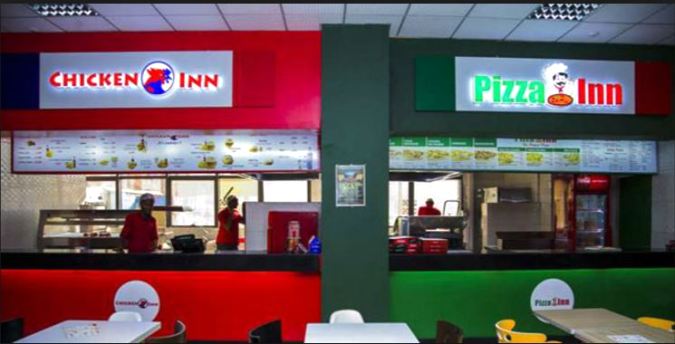 Rwandans will continue biting more pizza and munching away chicken thighs without any interruption.

The fear of closing Rwanda’s fast food restaurants; Pizza Inn Ltd and Chicken Inn Ltd has waned. The two companies which serve foreign dishes at Kigali City Tower (KCT) were In September dragged to court by a South African firm accusing them of violating its trademark.

South Africa’s Innscor International Ltd filed a law suit at Nyarugenge commercial court accusing the two Rwandan restaurants for illegally using its trademarks. The parties had failed to settle their dispute out of court.

The South African firm wanted court to order the two Rwandan businesses to stop operating under the said names, arguing that apart from financially gaining out of ‘infringed trademarks’, the two were misleading customers that expect their services to be from Innscor’s genuine brands.

However, in defence, Pizza Inn Ltd and Chicken Inn Ltd argued that their businesses are locally registered with Rwanda Development Board (RDB) and didn’t infringe on trademark rights of any other business.

“The two companies we represent here were registered on October 11, 2013 and started trading under the names disputed. In 2014 Innscor came into Rwanda and registered marks that have some elements of our clients’ legal names and trade names” Jean Nepomuscene Mugengangabo, an advocate representing the two firms said.

After losing this case, Innscor immediately announced a closure to its investment and expansion plans in the region even when it had plans to expand beyond Uganda and Kenya where it has operations among other nine African countries.

“Our client had ambitions to invest in the fast food market in Rwanda and unfortunately cannot proceed because the initial plan was to operate using the two brands,” Safari Kizito, the lawyer for Innscor said earlier.

Lawyers representing Rwandan firms however, asked court to ignore the lawsuit filed by Innscor International arguing that the two local companies were registered locally by RDB and had legal rights to operate –since they didn’t fault the business registration procedures and property rights laws that was passed in 2009.

The law offers protection to registered trademark for a renewable 10 years’ term but reserves power to third parties to seek deregistration if a registered mark has not been used for an uninterrupted period of three years.

A final verdict by the Nyarugenge commercial court on November 4, 2016 has been judged in favour of the Rwandan firms.

Nyarugenge commercial court found that the international company had blackmailed Rwandan companies and ruled that the case has no legal ground in Rwanda and the two local firms should be compensated  with Rwf2million.

Court stated that the legal status would only be possible if Rwanda was signatory to the Apostille Treaty “Convention Apostille de la Haye” – an international certification treaty which gives foreign firms a right to pursue legal property rights in another country’s court system.

“Court will not proceed with the case filed by Innscor International because it has no ground, as the company has no legal status here, according to the law governing registered entities in Rwanda” a court ruling read in part.

Court also overruled the reimbursement of Rwf50,000 Innscor paid to court as guarantee for filling the case, saying that the money should be retained as payment for court fees.  The court had earlier withheld objection of Rwandan lawyers asking the company to pay this amount.

Innscor being a foreign company with no operations in Rwanda is required by law to deposit this amount as security.

The three lawyers (Emmanuel Ntihemuka, Stephen Zawadi and Jean Nepomscene Mugengangabo) representing the Rwandan firms had asked the court in October, to have their clients paid a total of Rwf12million as compensation for damages, coverage for court proceeding and payment for their services.

Their contender Lawyer Kizito was not available for comments on the court ruling, by press time, but Me Mugengangabo said that the ruling was fair and in the interests of their clients after Innscor failed to prove the legality of their lawsuit.

“The Court decision is fair because for parties to be heard on the merits and demerits of their case, they must prove their legal capacity to stand before the Court.

For a company to initiate a case, it must prove that it has the legal personality, and the latter is proved by a valid Certificate issued by a competent authority. INNSCOR International failed to present a valid certificate” Mugengangabo said.

Property rights lawsuits have become very common in Rwanda after the establishment of the Business and Commercial law court four years ago.