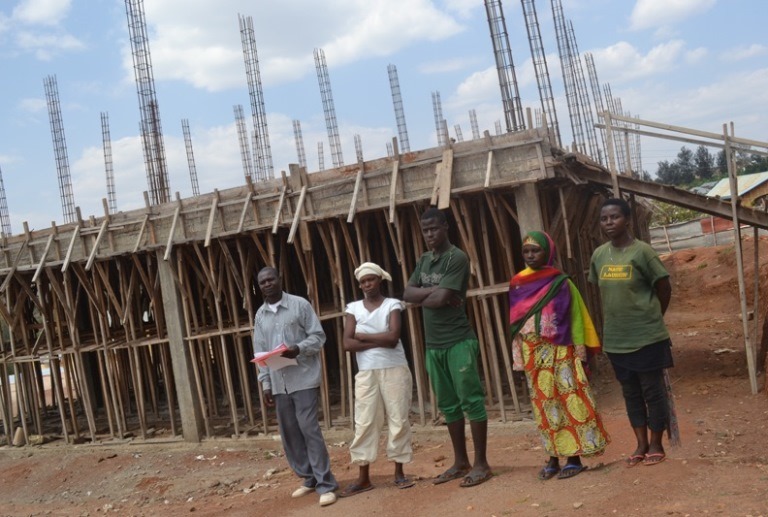 Rwandan taxpayers stand warned that contractors cheat on tarmac roads, important public buildings construction that crack barely after they are handed over or any project that stalls; Civil servants are also in the dirt business.

A report by Transparency International Rwanda through suggestion box findings on both procurement of selected public projects and service delivery in local government found that most of the stalled projects across the country are a result of contractors failing to meet the amount of kickbacks asked by some employees in public institutions.

The report monitored service delivery through suggestion boxes in 6 districts including; Huye, Kamonyi and Nyamagabe in Southern Province, then Kayonza in the East, Musanze in the North and Rubavu district in western Province.

Respondents pointed fingers at public servants who demand kickbacks from them in order to process payments after winning contracts.

“Almost all contractors said they are demanded to give kickbacks to local employees. Most of them say they end up failing to accomplish projects after realizing the amount of money they are asked for is higher than the expected revenue,” Ingabire Marie Immaculée, the chairperson of Transparency International Rwanda told KT Press.

The demand for these bribes, according to Ingabire, not only leaves government incurring more costs to complete stalled projects, but also involves execution of low quality projects like hospitals, roads and schools, among others.

According to Ingabire, after giving bribe, contractors do not give up on the projects; they rather cut expenses on materials to balance their profit and the enticement that ends into the pocket of the swindlers from public institutions.

“For instance, if a local contractor was supposed to use 50 sacks of cement, he only uses 10 sacks. This is when you see many buildings collapsing and others developing cracks before they are completed,” said Ingabire.

The report also unearthed existing secret collaboration between local contractors and public servants-hence leaving behind local residents as the most affected.

One such a case was registered in Kamonyi district recently where 400 workers at Nyabarongo valley in Mugina sector took to streets in protest over delay of their payment.

The workers had reportedly been working for Entreprise Mugarura Alex (EMA)-which was contracted by Kabuye Sugar factory owned by Mhadivan Group to prepare land for sugarcane growing.

The workers stormed the road to stop all vehicles belonging to the enterprise if they were not going to be paid. The protests were fueled by the death of their fellow worker who fell sick and could not get money to pay for his health insurance.

One of the protesters said: “Enough is enough. We have sacrificed a lot and worked for three months without pay. This time we cannot let the investor play on our heads. Our families are starving yet we worked for money to feed them.”

In the past three years, similar cases of local contractors using local workers without pay had become a common issue across the country-leaving thousands of workers hungry after dedicating their precious time to work for them.

For instance, more than 400 workers stormed Rwanda Agriculture Board (RAB) offices in Nyagatare District after working for seven months without pay at Cyabayaga and Mirama research centers.

They accused the contractor- Imena Vision Company Ltd for not paying them which resulted into starvation among their families.

Cecile Mukayuhi, head of Imena Vision Company Ltd accused Rwanda Agriculture Board of delaying to deliver payments which affected payment of her workers.

In a similar case, 60 workers in Rubavu district accused a local contractor of running away with their Rwf8 million after working for 5 months without pay at another Rwanda Agriculture Board’s Research Centre in the District.

Similarly, more than 100 workers in Gakenke District spent 2 years chasing a local contractor who failed to pay them millions of francs after working for him to plant trees along Base River.

Their complaints followed more than 200 residents of Manyagiro, Cyumba and Mukarange sectors in Gicumbi District who had spent 14 months chasing Opedisa- an enterprise that employed them to plant trees along Katuna-Rukoma highway.

With such cases, Transperency International Rwanda calls government to investigate public servants and expel those found culpable in tender scams.

“Government should take its responsibility. These public officials should be held accountable,” said Ingabire.