Five years ago in 2012, Karen Bugingo was just 19 years and was diagnosed with severe lymphoma (Cancer) in her blood, which left her with a thousand questions on how she would survive the deadly disease.

Her surname, Bugingo which means Life, was a source of strength and inspiration to fight to survive.

Then a senior six student, Bugingo dropped out school and her parents managed to pay for her flight ticket to India. Doctors told her, “the worse was likely to happen had you delayed.”

The process took a whole year, and the family raised Rwf 4 Million that was required for her treatment, commonly chemotherapy which refers to the use of medicines or drugs to treat cancer.

Bugingo was declared cancer free and she only attributes it to a positive attitude when she was sick.

“I personally know that my survival was not due to medication but rather my attitude towards the situation,” she said KT Press.

“After realizing I couldn’t do anything about my physical situation, I fought to keep myself uplifted emotional which is what kept me going and I survived due to it.”

One year after treatment, Bugingo resumed her studies, now at Mount Kenya University in Journalism and Communication. She said “my choice was motivated by an aspiration to become a writer.”

Bugingo has started giving back to the community, especially helping the youth be aware of the little known cancer through writing.

She has a story to tell through her first book entitled “My Name is Life”- which also marks the start of her career as an author.

Bugingo has organized a fundraiser party for her upcoming book this Saturday January 7, 2017 at Inema arts center in Kacyiru, looking for Rwf 4 million for the 200 page debut work.

“I mainly wrote this book to emphasize reality of cancer in my country and elsewhere. The intention is to bring awareness and encouragement to people fighting and those who have their loved ones fighting cancer,” she said in a tweet.

“I hadn’t met any survivor who would have probably helped answer all my questions and so I went through it and every question answered as time went by; but I knew I wanted to be that ‘Cancer Survivor” she said ahead of the fundraiser.

Cancer cases are relatively unspoken of in Rwanda and the level of awareness remains low despite some individual efforts.

Edmund Kagire, a Rwandan journalist reported and covered news events on cancer like any other normal scribe until the day he was diagnosed with liver cancer.

With the help of social media and fundraisers and mainly government, Kagire managed to raise $ 40,000 to go for treatment in India.

Rwanda Children’s Cancer Relief (RCCR) is organizing a fundraiser event scheduled this February to collect about Rwf 60 million to support 350 cases registered since its establishment in 2012.

The most common cancers affecting children in Rwanda are Wilm’s Tumor, Leukemia and Lymphomas. Cervical cancer and breast cancer are among the most common diseases affecting women today. All these can be treated if early. 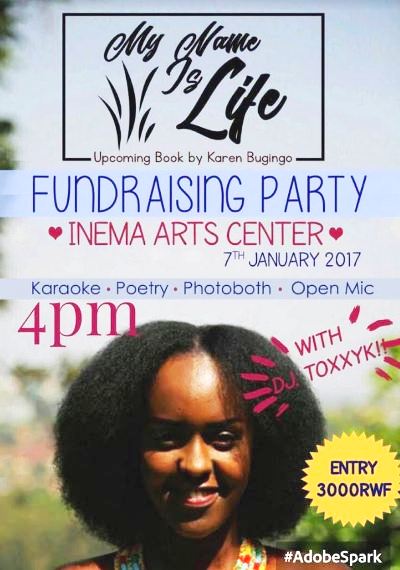