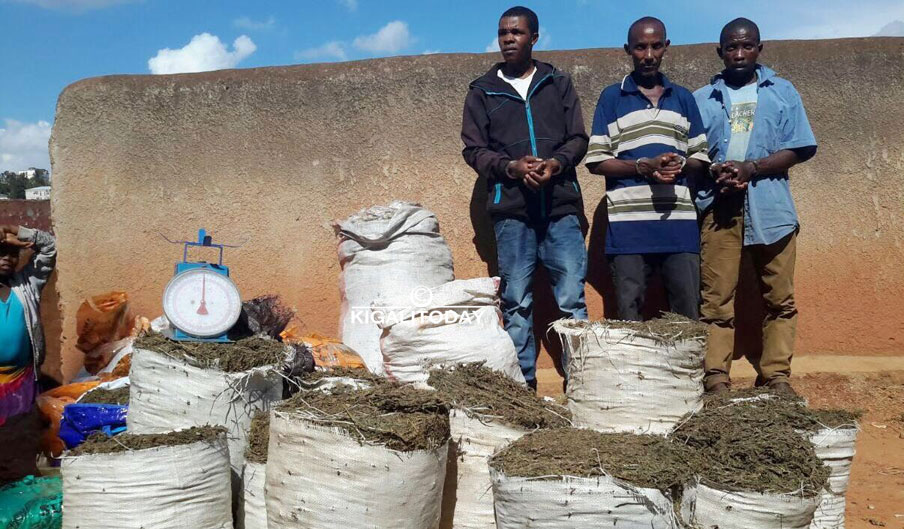 Suspects paraded in Nyarugenge district . They were found in possession with hundreds of kilograms of marijuana

If you are in Rwanda and plan to sell drugs, traffic humans or attempt to embezzle funds meant for the public, just know that could attract a 50-year prison sentence once found guilty.

The ministry of Justice (MINIJUST) has tabled a new bill seeking to completely overhaul the current penal code – with tougher and tighter punishment and deter citizens from getting involved in such crimes.

Currently, article 594 of the Rwandan Penal Code states that; any person who unlawfully makes, transforms, imports, or sells narcotics and psychotropic substances within the country, shall be liable to a term of imprisonment from three to five years and a fine of between Rwf500, 000 and Rwf5m.

With the proposed amendment of the bill – which is already under review by the Ministry, culprits may serve sentences ten times the current penal code provisions. This means that if the new proposed bill is approved, anyone convicted of above crimes will serve a sentence between 40-50 years in prison.

This is such a hefty prison sentence – normally handed over to convicts of serious crimes.

Justice Minister Johnston Busingye says that Rwanda law reform commission has been tasked to review the entire penal code and propose punishments that are ‘tougher’ but aimed at deterring, prevention and handing heavy punishments in all criminal offenses which are creating more insecurity.

The proposed bill is expected to be submitted to parliament by the first week of April, 2017, Minister Bisingye told KT Press.

“The objective is to deter repetition or attempt to commit any of these crimes. For instance, increasing period of imprisonment for a convicted drug criminal will be proposed with intent to scare away anyone who may think of doing likewise,” Busingye told KT Press. 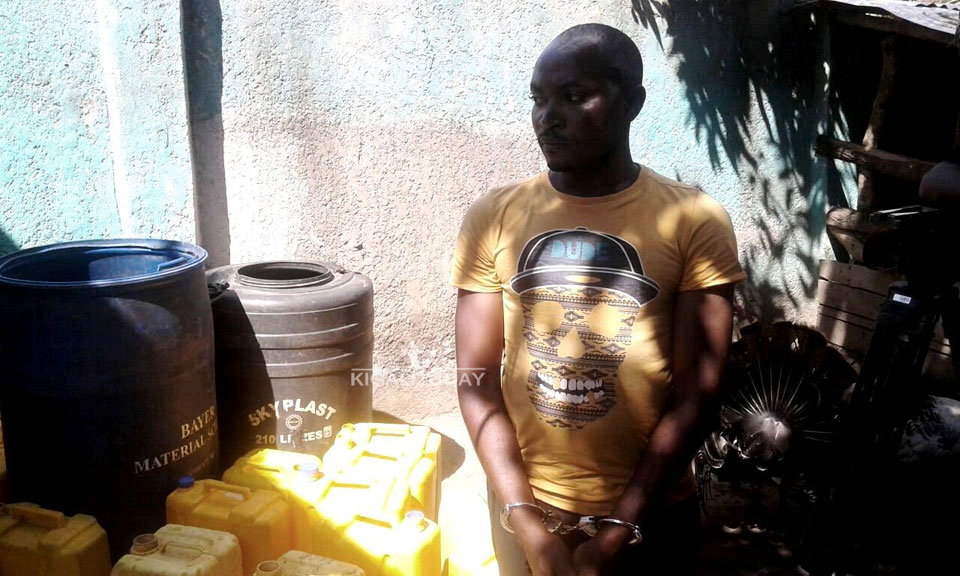 Suspect arrested for processing illegal brew at his home at Kinyinya, Gasabo district

Not even a day passes by without Police impounding and arresting people involved in selling narcotics across the country.

According to Police in Rwanda, cannabis and contrabands especially crude gin (Kanyanga), and other illicit gin packed in plastic sachets under different brands are a threat to community safety and social welfare.

According to experts, such illicit gins interfere with legal economic activity in many different ways, as do other types of crime. The consequences stem largely from the direct and indirect influences of the large amounts of money in illegal trades.

The suspects have no age limit or gender. For instance, last week, Police arrested a woman with 400kgs of narcotics inside her house in Nyarugenge district in the capital Kigali.

The ministry of justice says that the increase of crimes such as drug abuse, human trafficking and corruption among others require such a tough approach, but there will be chance for a first-time convict get one last chance.

According to the current penal code in its article 78, there is a provision for modalities for reduction of penalties in cases of mitigating circumstances, but this is mostly to be considered with the number of times a similar crime is committed.

In the proposed bill, suspects could have a chance for lesser punishment or set free in case they were lured into the crime. However, they will not get a similar chance if they commit the same crime twice or thrice.

“Those who have turned drug deals and human trafficking into business empires will not get a chance. They may get a bail opportunity but the bail guarantee will be costly and more than the equivalent of the cost of the crime committed so that others may learn from this,” Busingye told KT Press.

Meanwhile, the current penalties for anyone convicted of corruption range between two and seven years with a fine of up to ten times the value of illegal benefit demanded as stipulated under articles 633 and 651 of the Rwanda penal code.

‘With Courage, Nothing Can Make You Fail’- First Lady tells Girls