Rwandan drama fans will, next month, watch live a survivor of the worst kidnap of 21st century as the country concludes a hundred days commemoration of Genocide against Tutsi.

On the night of 14–15 April 2014, 276 female students were kidnapped from the Government Secondary School in the town of Chibok in Borno State, Nigeria.

A Chibok girl survivor of the kidnap will join Nigerian famous artists to perform “The Chibok Girls: Our Story” during the 3rd edition of Ubumuntu Art Festival scheduled to take place between July 14-16 at Kigali Genocide memorial Centre.

Ubumuntu, ‘being Human’, is an annual festival aimed at creating an avenue where people from different walks of life can come together and speak to each other in the language of Art.

From Nigeria which is participating for the first time, the audience will have a live testimony of Chibok Girls.

Only 57 Chibok Girls were freed since then after they were made pregnant by terrorists.

“Our Story is performed by professional actors and one of the survivors of the incident. It is a testimonial theatre,” said Maija Rivenburg production Coordinator for Mashirika Performing Arts and Media Co which organizes Ubumuntu.

Ubumuntu Art Festival organizers have promised to bring unique performances that will help the audience to meditate on real challenges of the community today.

“All performances were carefully selected and aim at fostering dialogue and reflection to prevent crimes against humanity,” Hope Azeda, the initiator of Ubumuntu Art Festival told KT Press.

The performances range from song to theater, physical performances and dance, covering varying topics such as; inter cultural relationships, rights of women and children, power struggles, forgiveness, terrorism, post-election violence, female abductions and so much more.

Despite the location being the same, event organizers said they have an ‘All Special Ubumuntu 2017’. 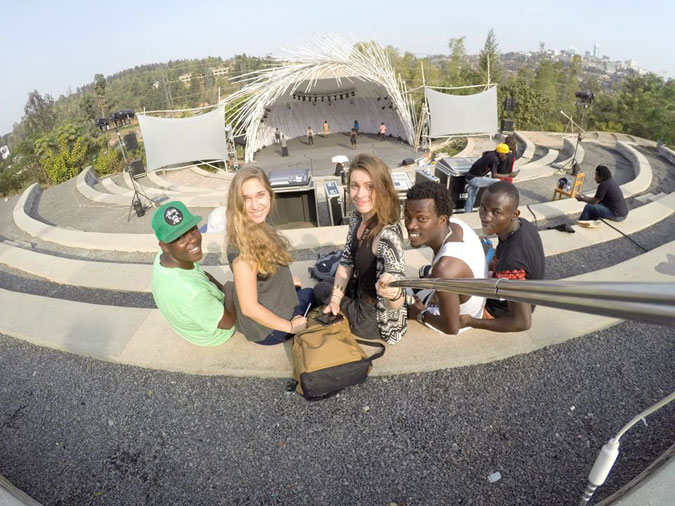 First of all, the renowned bamboo-made Amphitheatre and all its captivating decoration by Germany’s Matt Deely was changed as organizers look forward to an artist with a ‘Far East’ touch.

“We have new set designers this year from Japan called Naoka Fukushima and Ryo Sakamoto. The design will be released shortly,” said Maija.

This year, said Azeda, in recognition of the artists’ work, an entrance fee is applicable. However, it shall be a pay as you can policy.

“This essentially means that there is no fixed fee and the audience is free to pay any amount they see fit.”

Rwandan artists will perform among others, Romeo and Juliet, Torn Together and Crazy Wonderful World.

Burundians who have been missing in many events hosted by Rwanda since the last two years will perform Le Zenith de la Folie.

This year the Festival will focus on the theme “Art meets technology; bringing stories of home to life”.