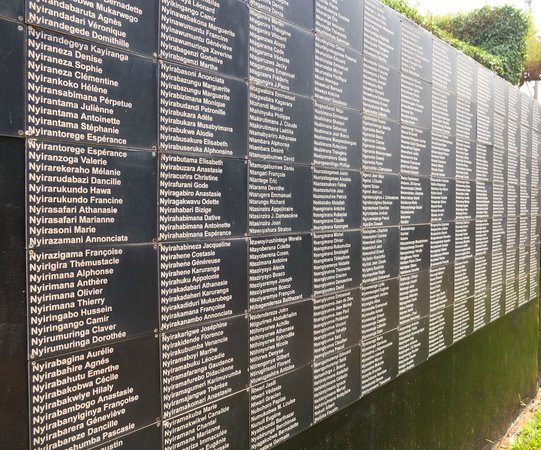 A portion of Memorial wall at Kigali Genocide memorial centre. When France Inter reads the list of victims and more from across the country, they just draw a conclusion ‘bastards killed by bastards.’

The Rwandan community in France is outraged over Genocide negationist comments aired on “French State broadcaster France Inter – a sister channel to RFI” and is demanding action including prosecution.

The program was aired live on March 18th .

In a letter dated March 19th, Richard Gisagara, a lawyer and advisor of the Rwandan community association in France – Communauté Rwandaise de France (CRF) which is registered in that country raised a complaint against two columnists; Natacha Polony, Raphaël Glucksmann and their host journalist Ali Baddou.

Gisagara filed his complaint to the Director of France Inter referring to the live program where the two columnists took ample time on air to deny the 1994 Genocide against Tutsi in Rwanda where over a million Tutsi were massacred in the three consecutive months – April, May and June.

They reached appoint where they compared the Genocide to an issue between bastards saying it was not an issue of ‘criminals and victims.’

He quoted the program where Natacha Polony says “it is necessary to try and understand what happened at that time. It has nothing to do with distinction between the wicked and the kind. We typically have a case of, I mean bastards against bastards.”

Gisagara, on behalf of CRF, wrote, “We are writing to denounce the words that were broadcasted from your studios by your columnist Natacha Polony in the program ‘Le duo Natacha, Raphael Glucksman’ that was aired at 13.20PM” 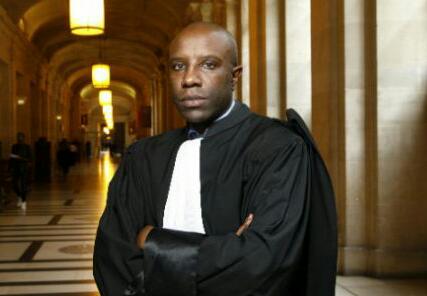 He further said, “CRF further denounce the attitude of journalist Ali Baddou, the host in this live show who allowed broadcasting of such arguments without condemning them and actually distancing himself from them.”

As a lawyer, Gisagara who understands the French media laws reminded that Genocide against Tutsi is a judicial reality and its negation is punishable by law in France.

He said the law provides for a punishment of one year in jail and a fine of Euros 45,000.

“Thus putting on the same level the persecutors and their victims; children, women, the elderly and likening the victims to bastards is unacceptable and an insult,” Gisagara said in part.

He cited lack of responsibility on the part of the host journalist, because he was supposed to stop the columnist who was uttering ridiculous words on live radio.

“We would wish to know measures you intend to take in regards to these words and the behaviors which are undeniably contrary to your method which guides your radio, your journalists and columnists.

Signing of CFTA a Success, But More Challenges Ahead – Kagame