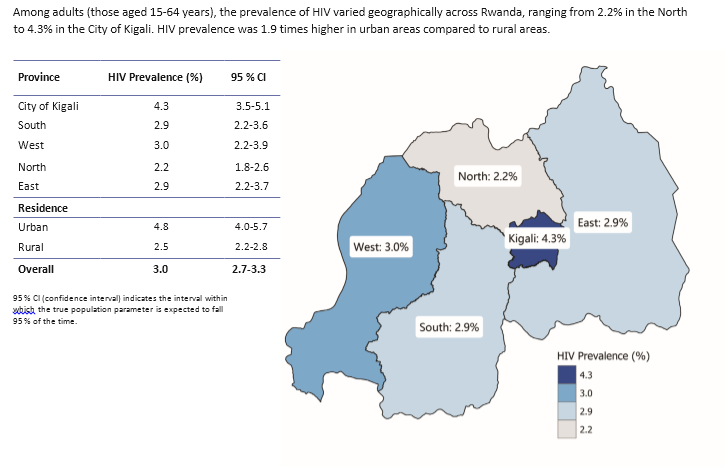 A new survey released by Rwanda’s Ministry of Health and partners has indicated that the capital Kigali tops other parts of the country with the highest rate of HIV prevalence among adults.

The survey; Rwanda Population-based HIV impact assessment released today at Kigali Convention Center, revealed that among Rwandans aged 15-64 years, HIV prevalence stood at 4.3% in the City of Kigali and 2.2% in the Northern part of the country.

According to the survey, the annual incidence of HIV among adults (15-64 years) in Rwanda was 0.08% – corresponding to approximately 5,400 new cases of HIV annually among adults.

Overall, the survey says that the prevalence of HIV among adults in Rwanda was 3.0%, which corresponds to approximately 210,200 adults living with HIV in Rwanda, with more women (3.7%) than men (2.2%) living with HIV.

The VLS findings among people living with HIV were regardless of knowledge of HIV status or use of antiretroviral (ARV) therapy (ART), the survey says.

The Joint United Nations Programme on HIV/AIDS (UNAIDS) and HIV-affected countries have set the 90-90-90 targets that by 2020, 90% of all people living with HIV will know their HIV status; 90% of all people with diagnosed HIV infection will receive sustained Antiretroviral therapy (ART); and 90% of all people receiving ART will have VLS. 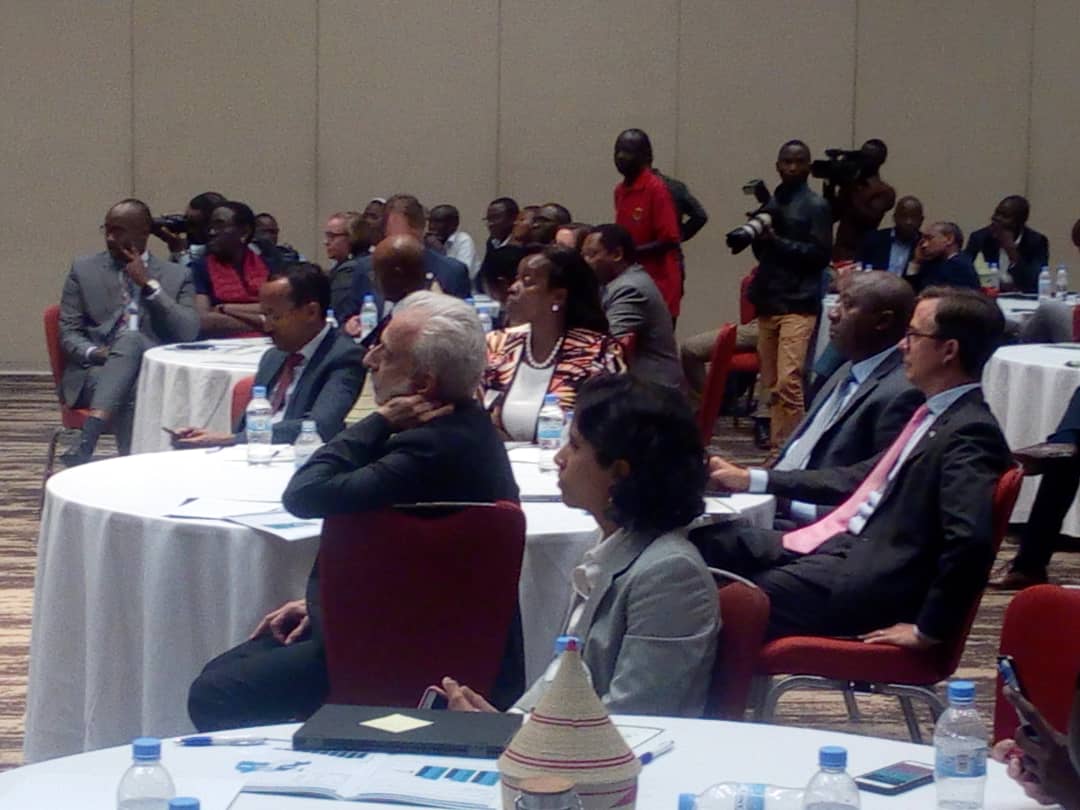 HIV prevalence testing was conducted in each household using a rapid diagnostic testing algorithm based on Rwanda’s national guidelines, with laboratory confirmation of seropositive samples using a supplemental assay, the survey says.

The national household-based survey conducted to measure the status of Rwanda’s national HIV response. The first in Rwanda to measure both national HIV incidence and viral load suppression (VLS), the results provided information on national and subnational progress toward control of the HIV epidemic.

New data released last month by the Government of Rwanda, the U.S. President’s Emergency Plan for AIDS Relief (PEPFAR), the U.S. Centers for Disease Control and Prevention (CDC), and ICAP at Columbia University, indicated that Rwanda made record in achieving HIV epidemic control — particularly in attaining high levels of linkage to treatment and viral load suppression among people living with HIV.

The data, which indicated that 76 per cent of all HIV-positive adults, including almost 80 per cent of HIV-positive women, have achieved viral load suppression, a widely used measure of effective HIV treatment in a population.