Tonight the Kigali Convention Center(KCC) dome will be lit orange to mark the start of 16 Days of Activism against Gender-based Violence, an event which coincides with the ongoing Global Gender Summit.

The 16 Days of Activism against Gender-Based Violence is an annual international campaign that kicks off on 25 November, the International Day for the Elimination of Violence against Women, and runs until 10 December, Human Rights Day.

It is used as an organizing strategy by individuals and organizations around the world to call for the prevention and elimination of violence against women and girls. 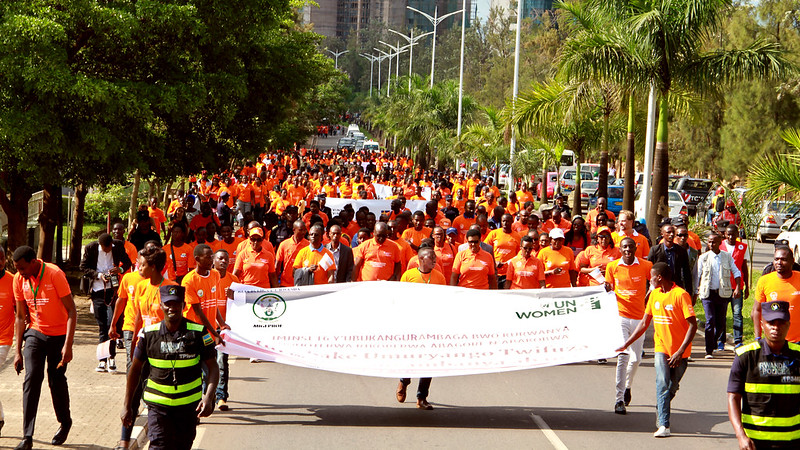 The marchers dressed in orange T-shirts included officials from the government and security organs, members of non-governmental organizations, development partners and civil society, as well as local residents.

The march started from Rwanda parliament and was concluded at the Kigali in-door stadium.

The anti-Gender based violence law of October 2008 provides for several punishments.

For example, the law stipulates that Any person convicted with adultery shall be

liable to imprisonment sentence of between six (6) months and two (2) years.

Moreover, any person who is guilty with rape shall be liable to imprisonment of ten (10) years to fifteen (15) years. 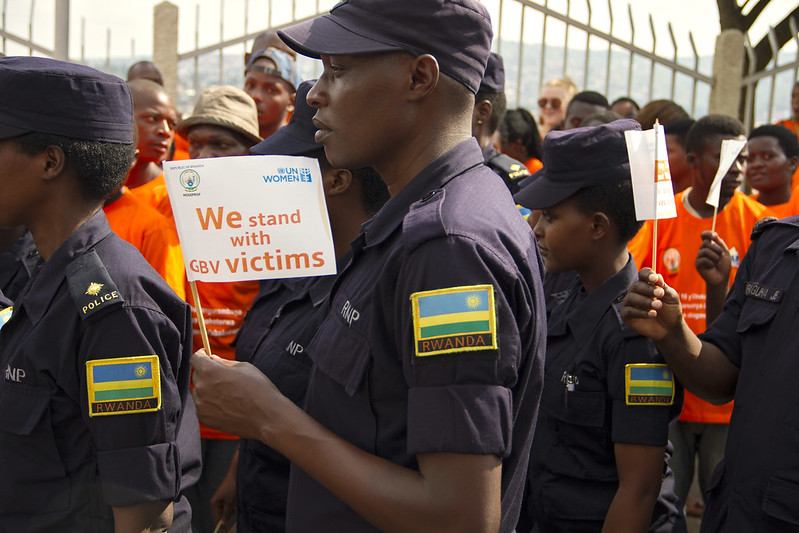 Where rape has resulted in a bodily or a mental illness, the person guilty with rape

shall be liable to imprisonment of fifteen (15) years to twenty (20) years and medical care fees for the person raped shall be bone by him/her.

President Paul Kagame has, on several occasions reiterated that Rwandans “are not for sale”, that they are not commodities that can be exchanged against money.