Rwanda’s Speaker of Parliament Chamber of Deputies, Donatille Mukabalisa has received in Kigali her counterpart, Dr. Bhofal Chambers, who is in Rwanda for an official visit.

On Saturday September 11, 2021, both Speakers held closed discussions around bilateral relations and continued collaboration between the two parliaments in promoting development of their citizens and working together as lawmakers to promote Africa’s development.

The Liberian team was presented activities of Rwanda parliament and briefly attended a Public Accounts Committee (PAC) before visiting the Kigali Genocide Memorial site where they paid their tribute to victims of the 1994 Genocide against Tutsi. 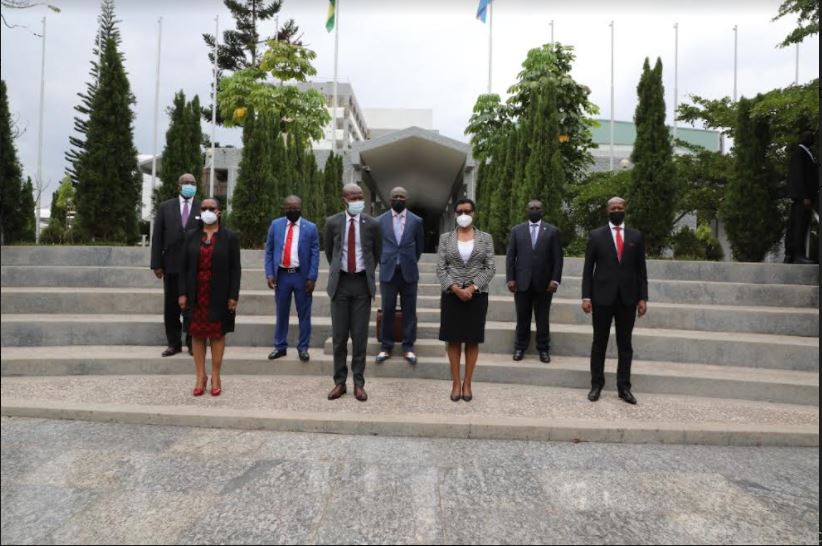 “The objective of their visit is for the Liberians to learn from Rwanda’s story but they too have a lot of success stories in mining, agriculture and forest management which, through exchanges, can help us to improve in these areas,” Mukabalisa said.

The Liberian Speaker, Bhofal said that both countries share a common background of a troubled history of genocide and they are largely interested in Rwanda’s structure of governance, how its parliament runs business, and learn from its transformation story.

“We have observed that Rwanda is transforming into the Singapore of Africa and all the laudable endeavors of the government and President of Rwanda Paul Kagame compelled us to come and see how we can harness an indelible relationship,” Bhofal said.

Bhofal stated that Rwanda’s reputation on the global stage is enviable because of the steps and vision of Rwanda’s leadership thus are in the country to learn from a country which has a similar history like Liberia.

Based on that we have come to see how we can benefit form the structure of governance so as to build that architecture that will be profound on our continent,” Bhofal said,

Liberia has a history more less like Rwanda so by coming to Rwanda to learn, they will both build an internal partnership in governance, gender parity, and making sure Africa comes first- which Rwanda is leading.

This understanding was expressed in his written message at the memorial site, which read:

“The horror of inhumanity, humans against humans, did sink to the lowest depth…The African dream can only be achieved by living in harmony, being in peace and in solidarity with each other. May the recurrence of the same never ever occur. May the divine arbiter of all human events lead the people of Rwanda and the African people to nobler heights,” Chambers signed in the visitors’ book.

This is the second Liberian parliament visit to Rwanda.  The first was in October, 2019. Both parliaments are members of the Inter-Parliamentary Union (IPU) which connects lawmakers to drive partnerships and collaborations in steering governance.