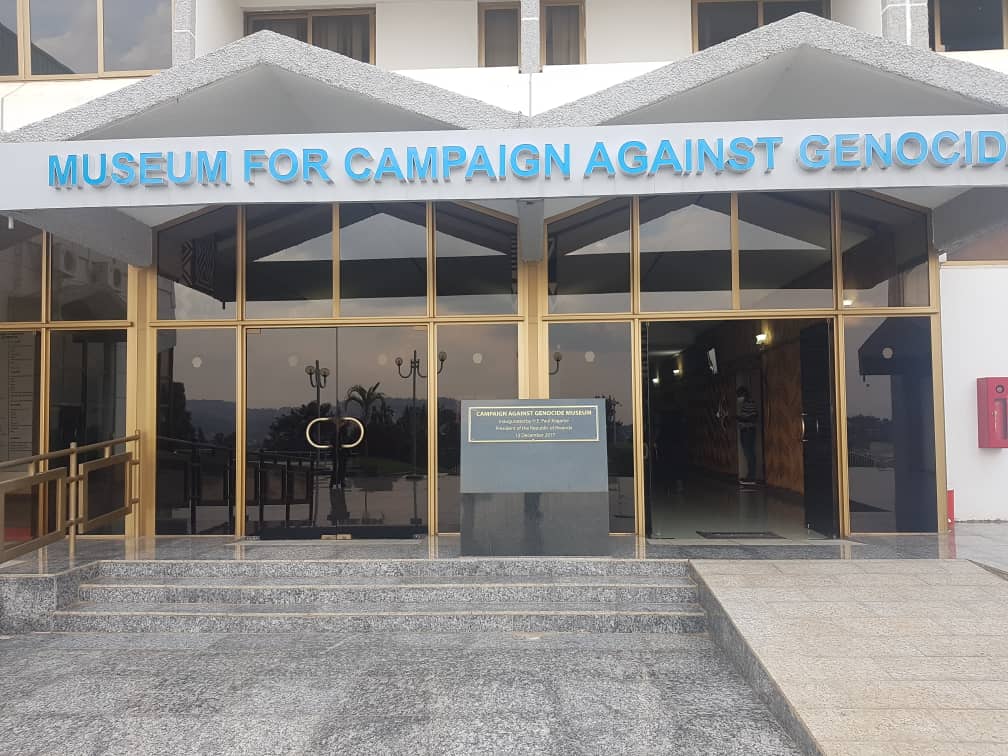 Visitors to the Museum for the campaign against genocide, will now have an additional, outdoor element to the history of Rwanda’s war of liberation.

Until now, the Museum, housed within the parliamentary complex, consisted of internal exhibits, or more precisely educational material. One might as accurately describe it as an interactive education centre, as a museum.

As well as the giant statues of the Rwanda Patriotic Army (RPA) fighters, the new outside exhibits will now feature a more graphic story of the heroic stand of the 600.

Many armed forces draw lessons, and examples by which to live, from the great exploits of their predecessors in history. The Rwanda Defence Force (RDF) is no different, drawing from the values and valiant examples of their ancient forbears. Great as many of those are however, few can surpass the more recent story of the 600. 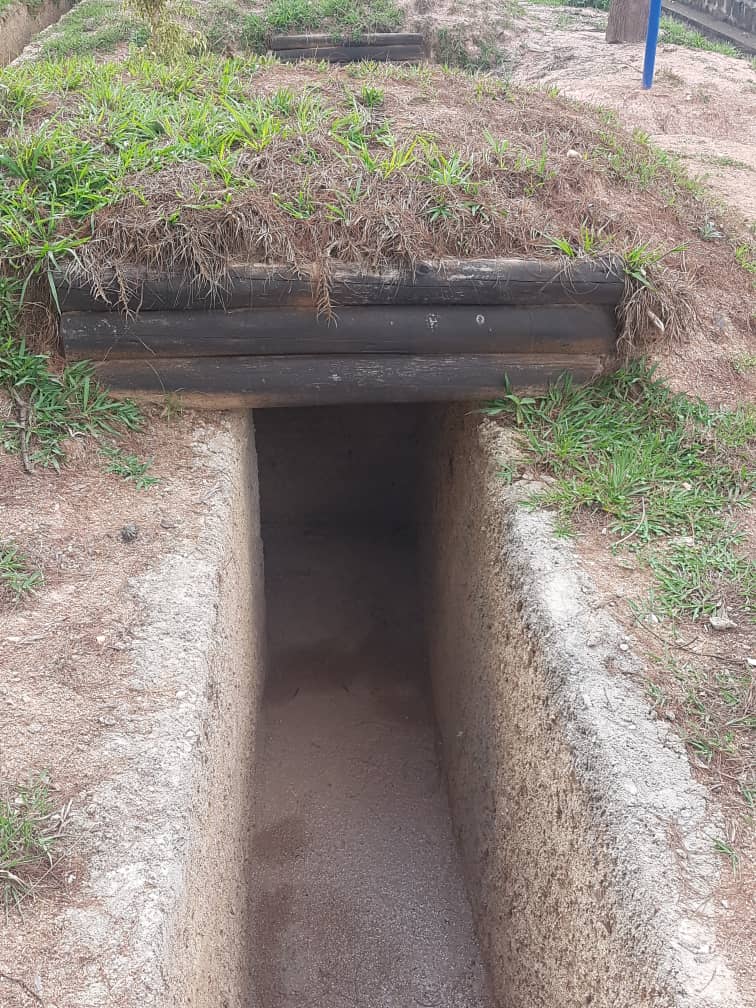 Following agreement at the aborted Arusha peace agreement, political negotiators of the Rwanda Patriotic Front (RPF) were to come to Rwanda, to negotiate a government of national unity, with their counterparts in the then Rwandan government.

The RPF high command insisted on a military escort for the negotiators. A lightly armed battalion of 600, was eventually agreed. At their insistence, they were stationed at what is now the parliamentary complex.

As it turned out, both decisions turned out to have been prescient. The Rwandan government side never seriously contemplated even the idea of power sharing. 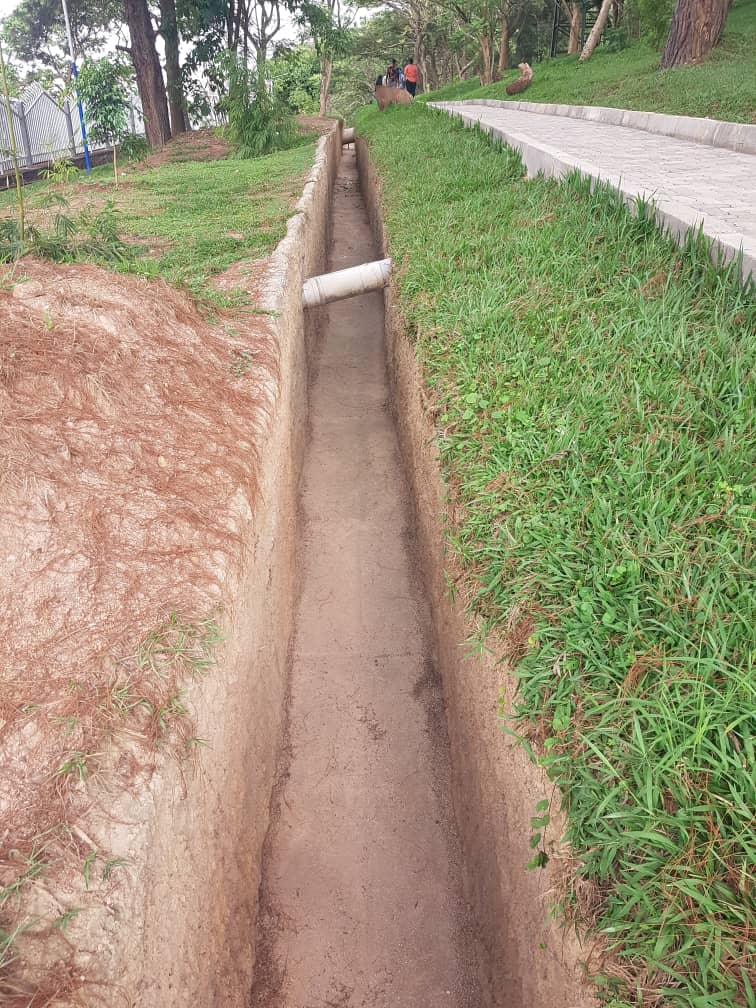 On April 6th 1994, the aircraft carrying among others, then President Juvenal Habyarimana, on his return from Arusha, was hit by a missile as it came to land at Kanombe airport, killing everyone on board.

The years of speculation on who was responsible for the downing of the aeroplane that followed, have been a deliberate distraction from the near certainty, pointing to the extremists in Habyarimana’s own circle, including his wife, who regarded even talk of negotiation as traitorous. 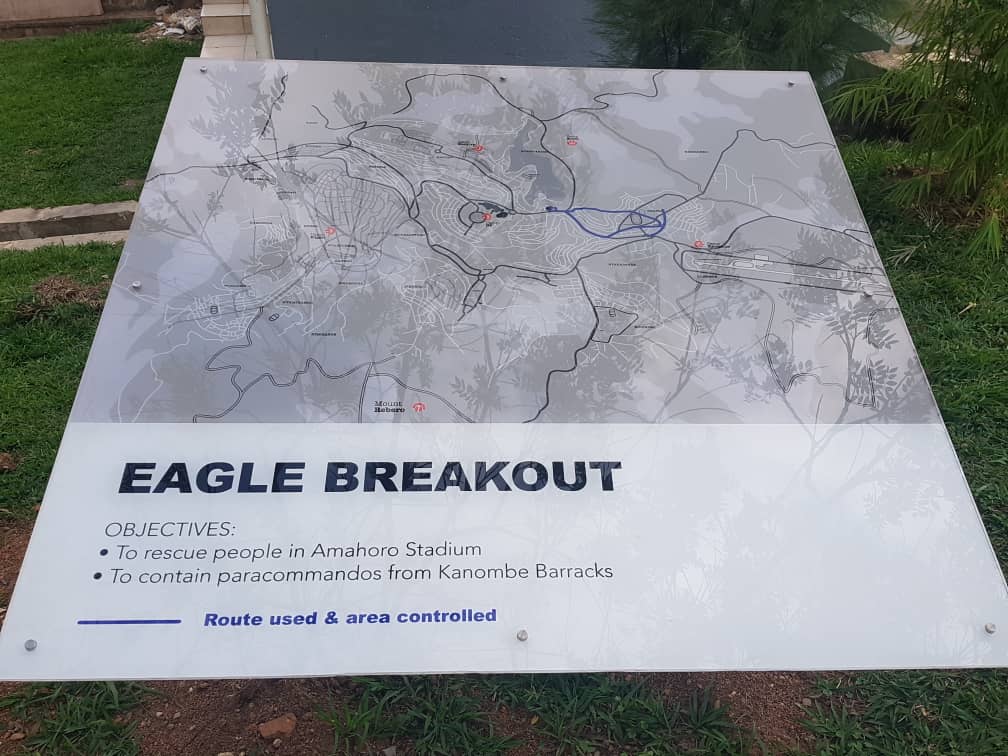 They had already planned and prepared a genocide of Tutsi, and the shooting down of the aeroplane was the cue to begin the murders, which started on 7th April.

The RPF desperately asked of the UN peace keeping mission in Rwanda, why they stood aside, watching the torture and murder of men, women, children, only to be informed that the UN troops were not in a position to intervene.

The 600 found themselves having to defend their position, against a heavily armed, well supplied enemy of close to 10,000 personnel. 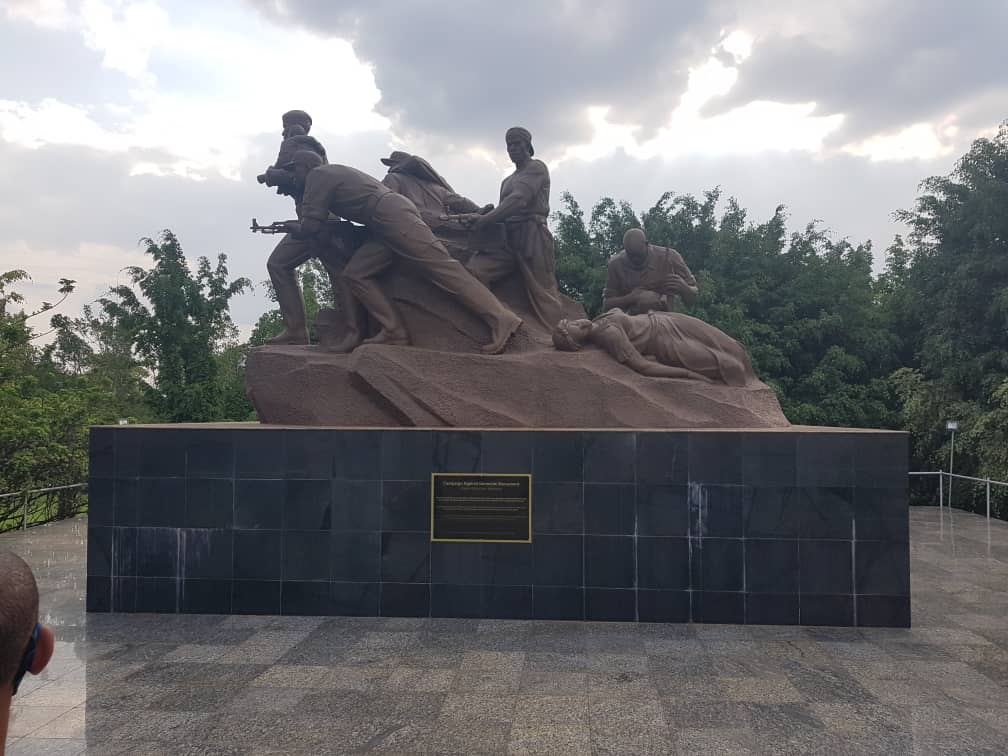 Desperate as that state of affairs was, more would soon be asked of them. With the UN unwilling to lift so much as a finger to stay the tortures and murders, the RPF high command were left with little choice than to give the 600, the most complex, near impossible, simple order: stop the genocide, and save as many people as you can.

The new outdoor exhibit shows how the 600 planned their defences, the trenches where the different companies dug in, and how they then left these more secure positions to go out, and meet the enemy, while giving humanitarian assistance to the victims of the genocide that was now underway.

The new addition is now complete, and is to open, symbolically on 1st October, the day that the liberation war begun. 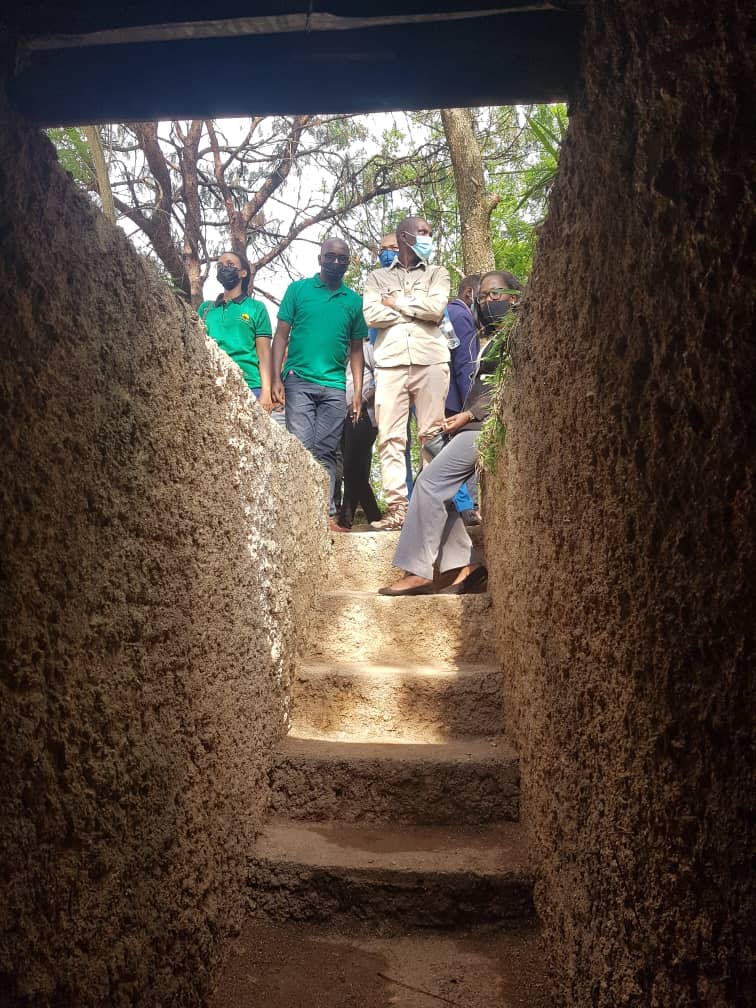 In the present climate of genocidal denial, deliberate revisionisms by journalists, academics and commentators, the importance of the museum in bringing the truth not only to Rwandans, but to the wider world, cannot be overstated.

And in expectation of tourist visitors, the museum invited tour operators, for a thorough grounding. It should be a gripping tour. 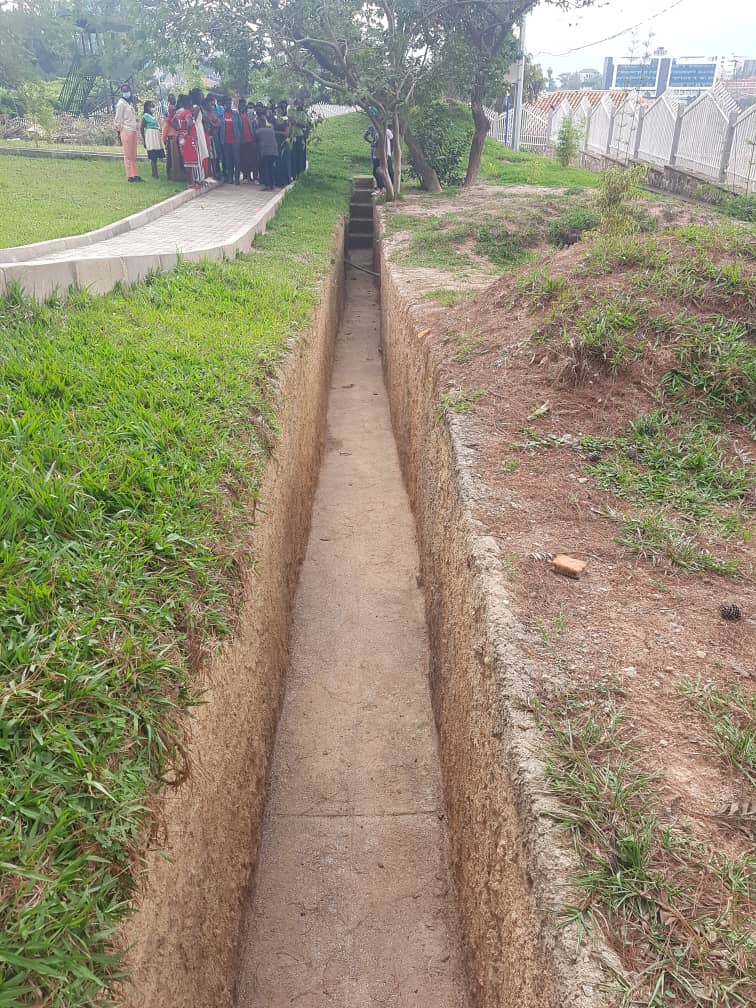 The costs are by no means prohibitive, but given the importance of the museum, as more of an educational place, than a tourist destination, the charges might deter some, and the question does have to be asked, whether the charges might need to be reconsidered. 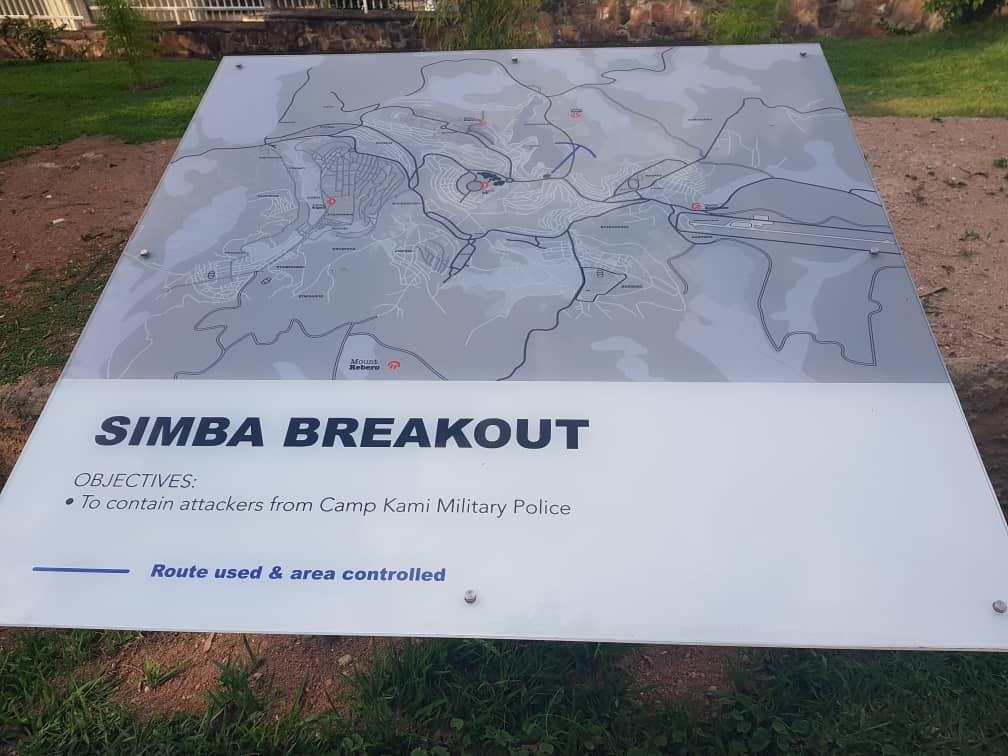 Also much needed, and possibly under consideration, are leaflets or booklets that can be taken away by visitors. Books that that summarise the history are available, although perhaps not as well stocked by the museum, as they might be.

For all that however, the museum is a must visit, for both locals and international visitors.