A number of honourable members of the European Parliament, never overweighed with work, at the best of times, seem to have found a new cause, Paul Rusesabagina.

No sooner had the Rwanda courts convicted Rusesabagina on charges of terrorism, than a gaggle of Belgian Members of the European Parliament (MEPs), especially, reflexively sprang up to denounce the conviction, and demand the “immediate release of Rusesabagina.”

His trial they insisted had been “unfair.” The MEPs, as it seems many Western commentators, have been particularly exercised about Rusesabagina’s manner of arrest, which they insist was illegal. This, a somewhat retrospective legislation of international law, prohibiting only Rwanda, from arresting anyone waging a campaign of terror against its people, but let us put that aside for the moment.

The earnest hand wringing, at times literally, as well as figuratively, was kicked off by Belgian MEP Kathleen van Brempt, to a smattering of ostentatious applause.

She begun by reminding the few of her colleagues dotted around the huge, cavernous chamber, that the resolution about Rusesabagina, and against Rwanda, about to be tabled, was the second such resolution. The fact of this, itself seen as a particularly bad mark against Rwanda. For the MEPs, the country may as well be an especially unruly pupil, for whom time had come to be sent to wait outside the headmaster’s office.

The first resolution, Ms van Brempt summarised, objected to Rusesabagina’s “abduction” and his “subsequent torture in isolation.” The resolution she reminded colleagues, demanded “an international investigation” into the circumstances of his arrest, and for Rwanda to guarantee that he would get a fair trial.

That fair trial, she asserted, did not take place. Rusesabagina, she alleged, was “forced to make confessions under torture, in isolation…his lawyers and family were intimidated, and his co-defendants were put under pressure to testify against him.”

“Finally, most importantly maybe” she continued, “he [Rusesabagina] is Belgian, an EU(European Union) citizen and a US resident.” For all these reasons, the EU, must see to his release and “repatriated” back to Belgium.

In most legislative assemblies, misleading parliament is an especially serious matter. Ms Van Brempt, and her colleagues must have been aware how close to the wind they were, in flirting with falsehoods, to support their argument. If argument it can be called.

There was in the first instance no need for “an international investigation.” By making the circumstances of Rusesabagina’s arrest public, Rwanda had saved the EU, the trouble and expense of such an investigation. Neither did Ms van Brempt, or anyone else need to demand a fair trial for Rusesabagina, Rwanda expected that of itself.

And no one, not even, one suspects, Rusesabagina’s campaign team, believes that he was tortured, any more than they believe that he was denied food, or medical attention. It is highly unlikely that Ms van Brempt believes it either. Yet she repeats it with the conviction of a true believer.

Not to be outdone, Mr Tom Vandenkendelaere, urges the parliament that “the way Rusesabagina was arrested alone, would justify a fierce and very principled reaction of the Union…” He reminded his colleagues that not only the parliament, but the EU, must stand for “the values we desperately claim to cherish” which include “exporting Democracy, rule of law, human rights and fundamental liberties.”

Given the importance Rwanda attaches to good relations with the EU, he reasons, “I cannot imagine that Kigali will not listen to reason…” Or put another way, Rwanda should be able to be bullied into seeing things his way, because of the importance the country attaches to the relationship with the European Union.

Mr Vandenkendelaere serves under the flag of the Christian Democrats, who have stood shoulder to shoulder with Rwanda’s Hutu Power ideologues, since before he was born. He is keeping the tradition alive and well.

There is nothing unusual in this kind of posturing among MEPs, but in this particular case, they seem to have gone especially tone deaf, dumb and blind. So much so, that in its response, the European Commission, felt it necessary to remind MEPs, that “beyond the procedural concerns, which clearly merit to be expressed, we should not lose sight of the serious allegations against the accused and the body of evidence presented by prosecution, much of which provided through cooperation with a member state’s prosecution service…”

Astonishingly, after all the hours of broadcasts, enough column inches to possibly cover the entire European Parliament, this was one of the very rare occasions on which Rusesabagina’s crimes and the evidence against him are mentioned.

It is easy to understand why Rusesabagina’s family, his supporters, and all the self exiled Hutu Power ideologues, would manufacture lurid claims of Rwanda torturing, and starving prisoners. But surely, supposedly serious Members of a Parliament, journalists and academic commentators should know better.

And yet, here we find ourselves. A man who was hoodwinked into getting on a private jet, on which he had insisted, treated like a spoilt dignitary the entire flight, is said to have to been “abducted” and “forcibly disappeared.” The latter claim so absurd, even the Rwanda detesting Human Rights Watch, found it necessary to engage in intellectual contortions to justify alleging it.

Because there was the odd hour, when his family could not have known where he was, they argue, technically, Rusesabagina was “forcibly disappeared.” That is it. And on that, parliamentarians make long speeches about Rwanda’s dastardliness. You see, it is terribly important that Rwanda be depicted as the sort of country that forcibly disappears people.

Go to any jurisdiction in the world, attend any court case, let alone one dealing with complex, transnational crime, and even a lay observer will find something that seems unfair. There doubtless might have been some technicality out of place in the Rusesabagina trial. After all, mass murderers of men, women and children, escaped justice, or had their sentences reduced, or even quashed by the International Criminal Court for Rwanda (ICTR), over technicalities.

But, overall, Rusesabagina had his day in court, was fairly tried and convicted. 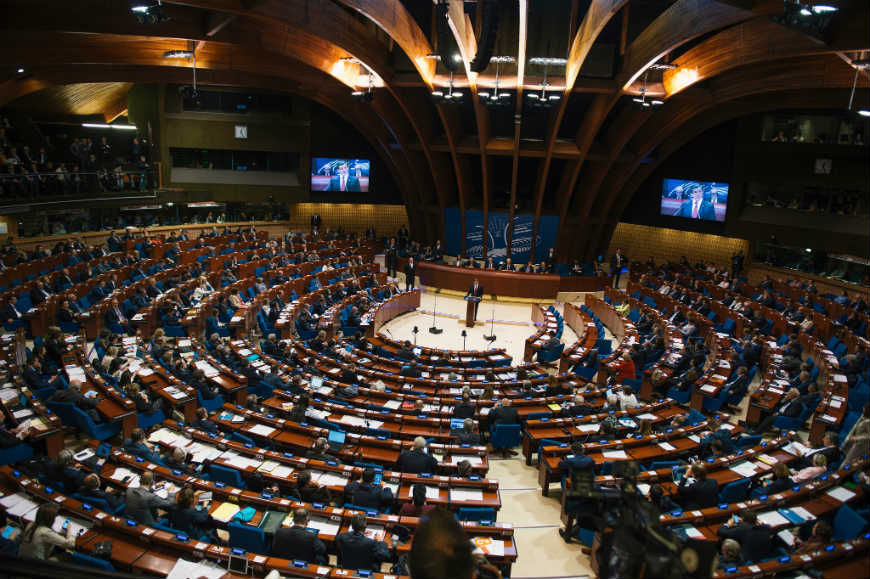 And Rwandans might reflect that not once, have the MEPs spared a thought for the dead, and maimed of South Western Rwanda, who included children, at the hands of Rusesabagina, and his co-accused.

And they might also note that for all the MEPs’ sanctimonious declarations of values, and high principle, neither the European Parliament, nor it must be said, the European Commission, have anything to say, about the seat of their parliament, Belgium, being the refugee for many who stand accused of participation in the 1994 genocide against the Tutsi.

Not only are Belgium, and France, major safe havens for the planners and perpetrators of genocide, the EU also proudly protects a plethora of organisations, whose only reason for existence, it seems, is to deny the genocide against Tutsi. The most notorious of them JamboASBL, peopled almost entirely, by descendants of Hutu Power ideologues. A new generation of lethal hate mongers.

In a language the MEPs would best appreciate, it is as though descendants of Nazis, were to broadcast Holocaust denial, and Nazi propaganda, day in, day out, thumbing their noses up at genocide survivors.

Rwanda does indeed value its relationship with the EU, as it does with other nations. It stands by its own values, which would be all for naught, if they did not include protection of its people, its sovereignty, its national integrity.

The MEPs may hold the values they “desperately claim to cherish” universal, yet the universality, it seems does not include Rwanda. Rwandans have clearly understood that they are best advised to look to themselves, to their own, as it seems no one else will.

Rusesabagina, who despite his denials, is after Rwandan, would have been best advised to have kept that in mind. It is the law of nature, to every action, a reaction. The reaction to his actions, is a twenty-five year prison sentence.