The Embassy of Sweden in Kigali and Aegis Trust, the British NGO which campaigns for the prevention of Genocide worldwide have launched a week-long exhibition dubbed “Remember ReAct”.

The exhibition aims at remembering holocaust and fighting Antisemitism (hostility to or prejudice against Jewish people).

The Holocaust, also known as the Shoah, was the Genocide against the European Jews during World War II between 1941 and 1945 conducted by the Nazi forces in Germany.

Six million Jewish across German and Europe were murdered.

The ‘Remember React’ exhibition was launched at Kigali Genocide Memorial on September 11.

It was launched two days before the Malmö International forum that aims at remembering holocaust in Europe and fighting Antisemitism. The event will be held in Malmö, Sweden on October 13.

According to the Sweden embassy in Kigali, the purpose of the Forum is to make forward-looking commitments and ensure that memory of the Holocaust is not lost, and to fight antisemitism in societies where racism is on the rise and many people suffer hate, threats and abuse.

“To keep the memory of Genocide alive, it requires continuous efforts. In Sweden, the Government has redoubled its efforts to fight the antisemitism that is still present in our society. Our hope is that even though our histories and societies differ, that the exhibition can also inspire a Rwandan audience,” Johanna Teague, Ambassador of Sweden in Rwanda said. 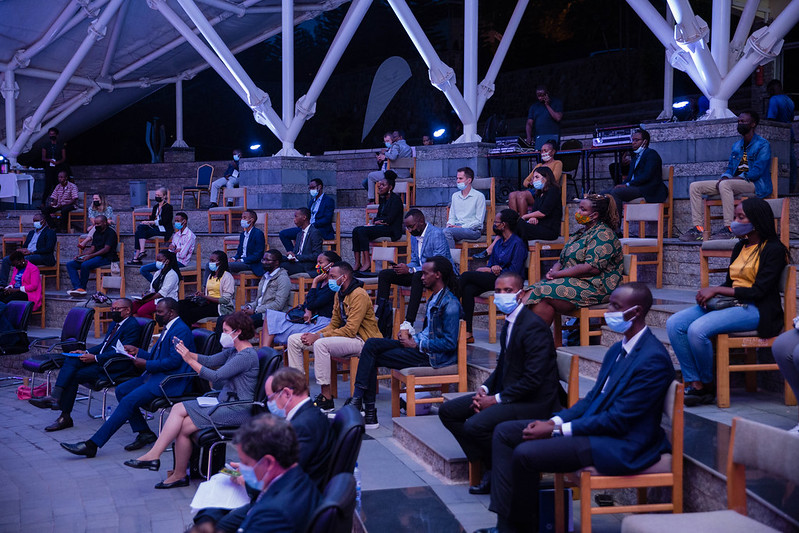 The ‘Remember ReAct’ exhibition launched in Kigali explains both Swedish and international efforts for Holocaust remembrance and the fight against antisemitism, antigypsyism and racism.

“Remember ReAct’ provides an opportunity to reflect on the essential need to learn from the Holocaust and Genocide and to promote a culture of tolerance and inclusion in all of our societies,” Freddy Mutanguha, Executive Director of Aegis Trust said.

“A powerful contribution to learning from the Swedish Government and all partners involved, we thank the Embassy of Sweden for bringing the exhibition to the Kigali Genocide Memorial and urge all who can to view it here next week,” Mutanguha said.

The Remember React exhibition will be open between 11th to 18th October.

According to the government offices of Sweden website, Malmö International forum was supposed to take place in October 2020, 75 years after the end of the Second World War and the liberation of Auschwitz-Birkenau, but was interfered with by the Covid-19 pandemic.

Heads of States across the world, researchers, experts and civil society representatives from around 50 countries are expected to participate in the Malmö International Forum today.

The word “Holocaust,” is explained as a combination of two Greek words namely “holos” (Whole) and “kaustos” (burned). It was used to describe a sacrificial offering burned on an altar during the Roman empire.

However, since 1945, the word Holocaust had taken on a new and horrible meaning, the ideological and systematic state-sponsored persecution and mass murder of millions of European Jews led by the German Nazi leader− Adolf Hitler.

From 1941 to 1945, approximately six million Jews were killed by the Nazi forces.

“Here in Rwanda, we need to talk about the Holocaust and the Genocide against the Tutsis, we need to hear and we need to share our stories. Don’t wait 50 years, don’t wait forever,” Dr. Ron Adam, Ambassador of Israel in Rwanda said.

“I am sharing my story to the young generation because we need to tell the story of the Holocaust for many reasons. One of the reasons is Never again, another reason is healing,” Dr. Adam added.

Dr. Adam was born by Jewish parents, both the Holocaust survivors.