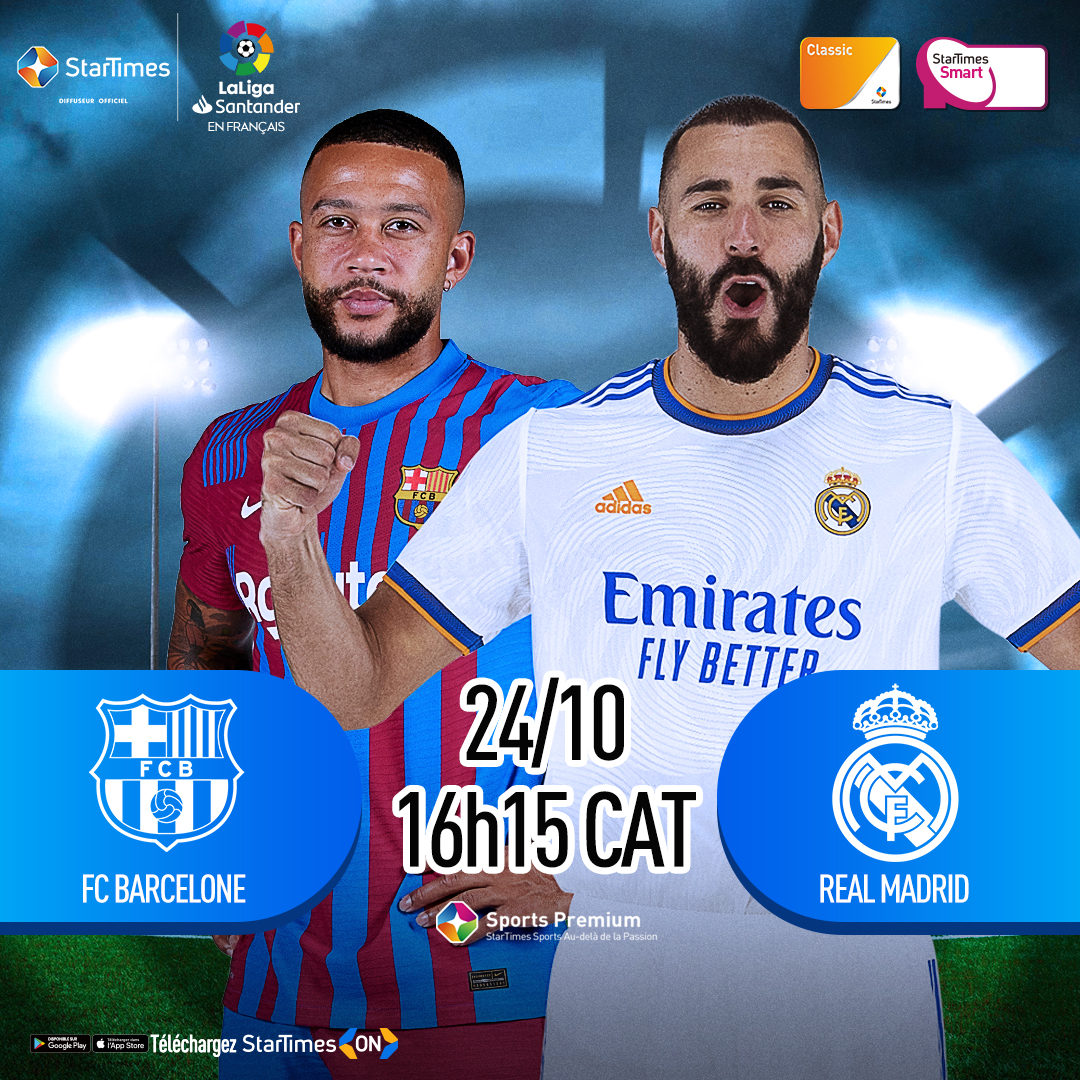 Football fans in Spain face a Super Sunday as the two giants, Barcelona and Real Madrid, go head-to-head in the El Clásico live on StarTimes.

In terms of derbies, it does not get bigger than the El Clásico, of course, but if the La Liga leaders Real Sociedad face the reigning champions Atlético Madrid on the same day, fans worldwide are bound to take notice.

It is the first match between Barcelona and Real since Lionel Messi’s departure from Spain, but Real striker Karim Benzema said that the game retains its importance. “It remains the best match that exists in football. It doesn’t matter about the players who are there, who have left or who will join.

“Real-Barca is historic. The names change but before there was [Zinedine] Zidane, Ronaldinho, Ronaldo, [Samuel] Eto’o. Real-Barca will always be Real-Barca.”

The French international, who currently tops the Spanish scorer charts with nine goals, told journalists that he expected Barcelona to be a tough opponent.

“There’s never a good moment to play [them]. A team like Barça or any top team, they can have a poor game and then bounce back again. It’s a match that we can’t take lightly, even if they haven’t played well so far.”

For Barcelona, Real’s visit to Camp Nou offers Ronald Koeman and his team an ideal opportunity to turn things around. Barça are five points behind Sociedad – albeit with a game in hand – and have made a disastrous start to the Champions League.

A defeat against their arch-rival would not only be unforgivable in the eyes of their fans, it would also provide a further set-back to their season.

Much of Barças’ hopes lie on the shoulders of an 18-year-old left winger born in Guinea-Bissau, who has just returned after a very lengthy injury lay-off. 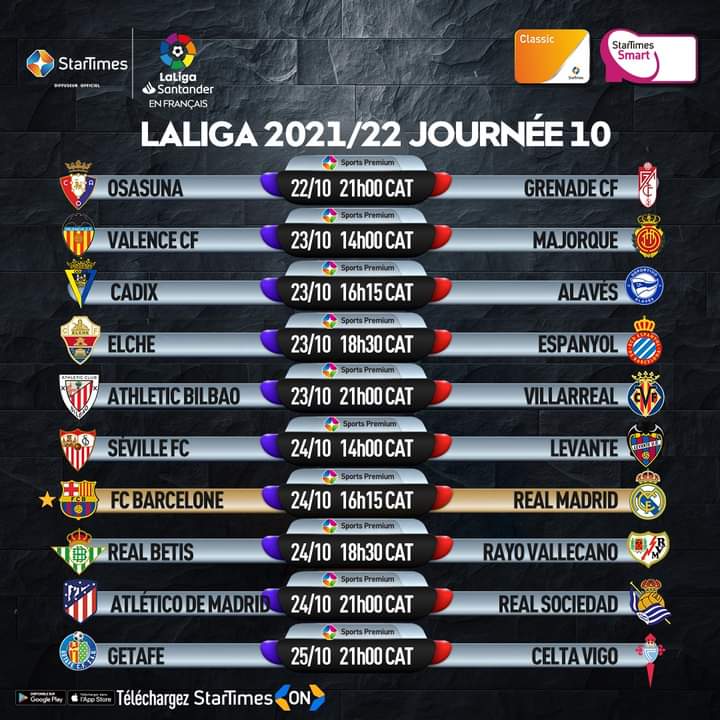 On Sunday Ansu Fati returned to the starting line-up for the first time since November last year and immediately repaid Koeman’s faith by scoring Barcelona’s first goal in a 3-1 come-back victory against Valencia.

Victory on Sunday for the home side would provide Fati with a first-ever win against Real Madrid, as he has twice been on the losing side and drawn once in the three El Clásico matches he has appeared in.

Victory for Real, on the other hand, will allow them to go to the top of the table on goal difference – at least for a few hours.

Sociedad currently sit on 20 points, three more than Real, Sevilla and Atlético, who have all played a game less than Imanol Alguacil’s team.

The Basque club struggled to beat Mallorca 1-0 on the weekend, and had Aihen Muñoz, who has been one of their outstanding players this season, sent off late in the first half. The defender will miss Sunday’s game as a result.

Like Real, Atlético’s match last Sunday was cancelled by the league due to the late return of players from international duty and the fact that both clubs are playing Champions League matches midweek.

Defeat at home would be disastrous for Atléti as it would see them slip six points behindbSociedad and leave them with a huge mountain to climb if they want to retain their title.

With so much to play for, it is not surprising that African football fans will be eager to watch these two fantastic matches which will be broadcast live and in HD on the StarTimes channels’.