Rwandan security organs say they have arrested terror suspects linked to the Allied Democratic Forces (ADF), a Ugandan rebel group which has been based in the eastern part of the Democratic Republic of Congo (DRC) for decades.

Rwanda National Police (RNP and Rwanda Investigation Bureau (RIB) said on Friday they arrested 13 members of the Islamist militant group before they could carry out attacks.

“In joint operation with Rwanda National Police (RNP and Rwanda Investigation Bureau (RIB) has arrested 13 members of a terror network that was planning to carry out attacks in different parts of Kigali. The suspects were arrested in the City of Kigali, Rusizi and Nyabihu districts at different times,”

“Preliminary investigations reveal that four of the suspects had played a role in recruiting, training, surveillance and coordination activities on behalf of the Allied Democratic Forces (ADF), a terror organization based in Beni, Eastern Democratic Republic of Congo (DRC). The terror network’s plan was at the stage of deploying improvised explosive devices (IEDs),” a joint statement issued by both security organs reads.

RIB says the suspects, who are all Rwandan citizens, are all detained at Remera RIB station as further investigations are ongoing to compile a case file that will be submitted to National Public Prosecution Authority in accordance with the law.

During the parading session on Friday, some of the suspects said that they joined the group to avenge Rwanda’s deployment in Mozambique’s Cabo Delgado Province to battle ISIS linked insurgents. 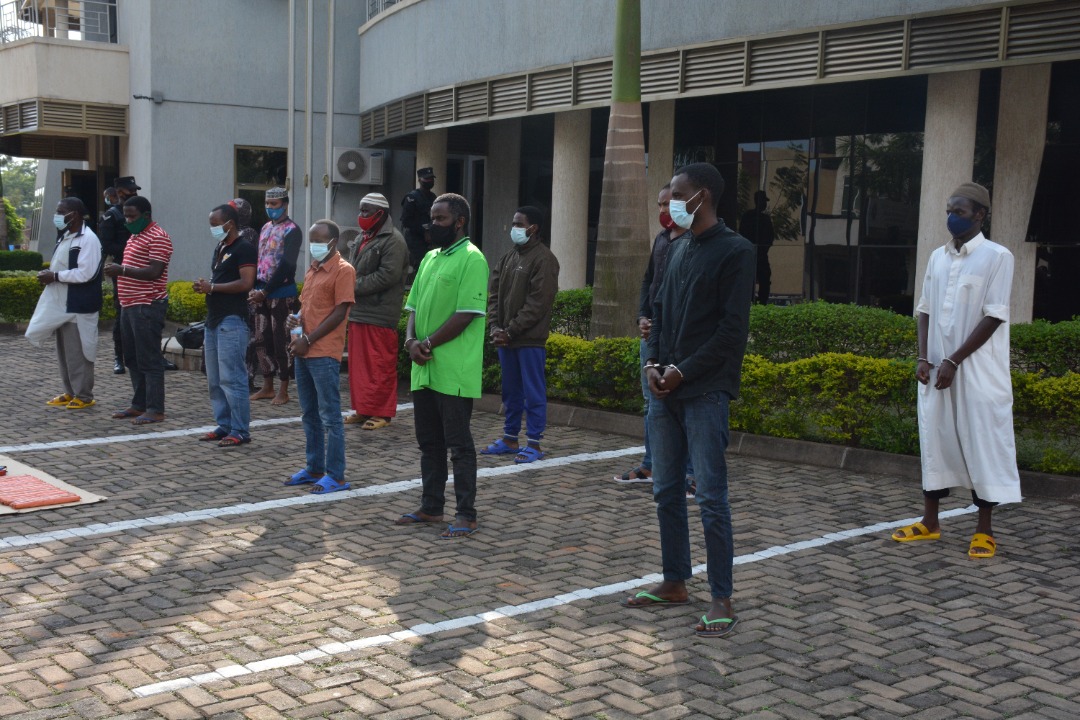 However, the Spokesperson of RIB, Dr. Thierry B. Murangira said that it is too early to come to conclusions on the motive of the group.

“It is still early to confirm these links, however we are still investigating their motivation for joining the terror group,” Dr. Murangira said, adding that though arrested at different times and locations, they were connected by a common goal.

Asked whether the time of their arraignment in court hasn’t elapsed since some of them were detention for a longer time, Dr. Murangira said that under the Article 12 of the Law Nº 46/2018 of 13/08/2018 on counter terrorism, terror suspects can be held up to 90 days as operations or investigations continue.

“These suspects were arrested on different dates and the legal detention days are still running. Those who were arrested were given a statement of arrest and detention informing them the reason for arrest, their charges and their rights,” he said. 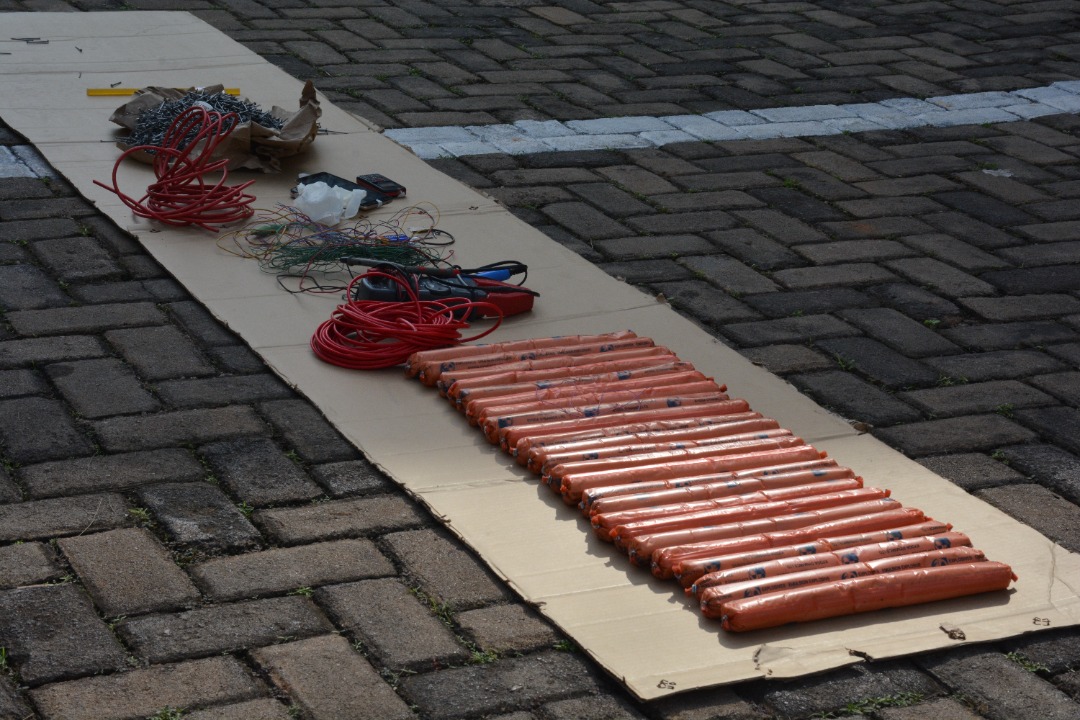 All the 13 will be charged with conspiracy and Incitement to commit a terrorist act, Formation of or joining a criminal association, Membership of a terrorist group, Committing and participating in terrorist acts, Illegal use of explosives or any noxious substance in a public place, Demolishing buildings or means of transport for the purpose of terrorism. Punishment offence with lesser punishment is 7 years of imprisonment and 25 years highest.

Dr. Murangira said the suspects will be allowed to have lawyers because it is their right to have legal representation since they were informed of their charges.

“RIB thanks the public for the continued collaboration in sharing information and warns whoever continues to involve themselves in criminality and trying to destabilize public security that they will not succeed,” Dr. Murangira said.

“We also specifically call upon parents to get to know activities their children are involved in to avoid being caught in the wrong side of the law, especially in these terror groups,” he added. 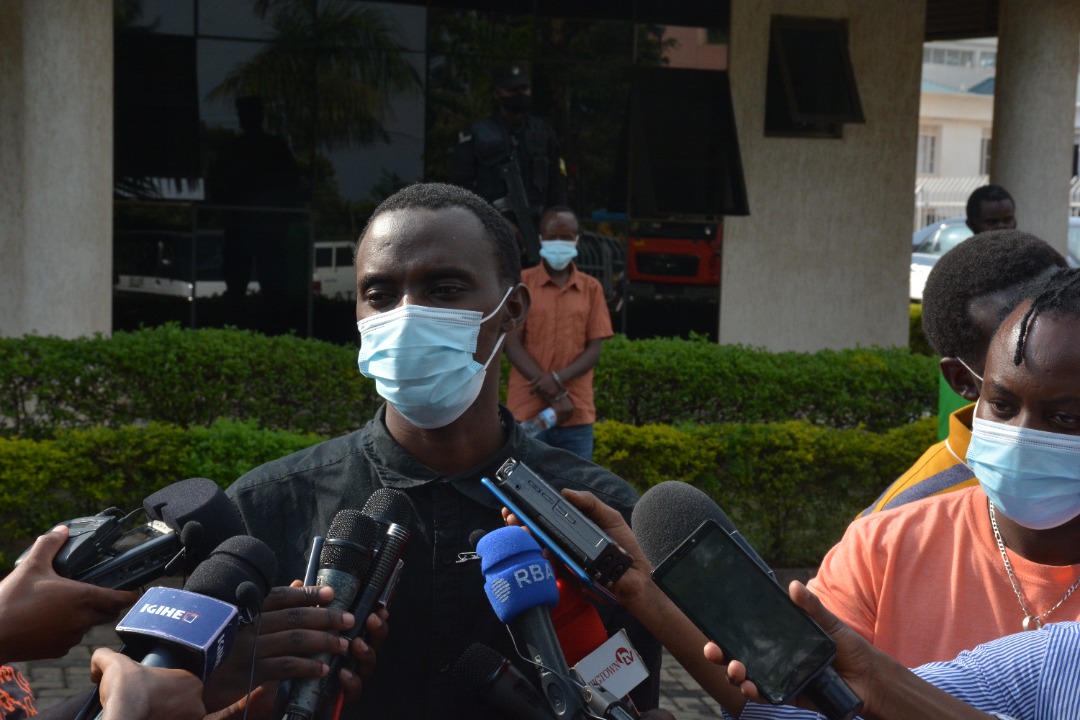 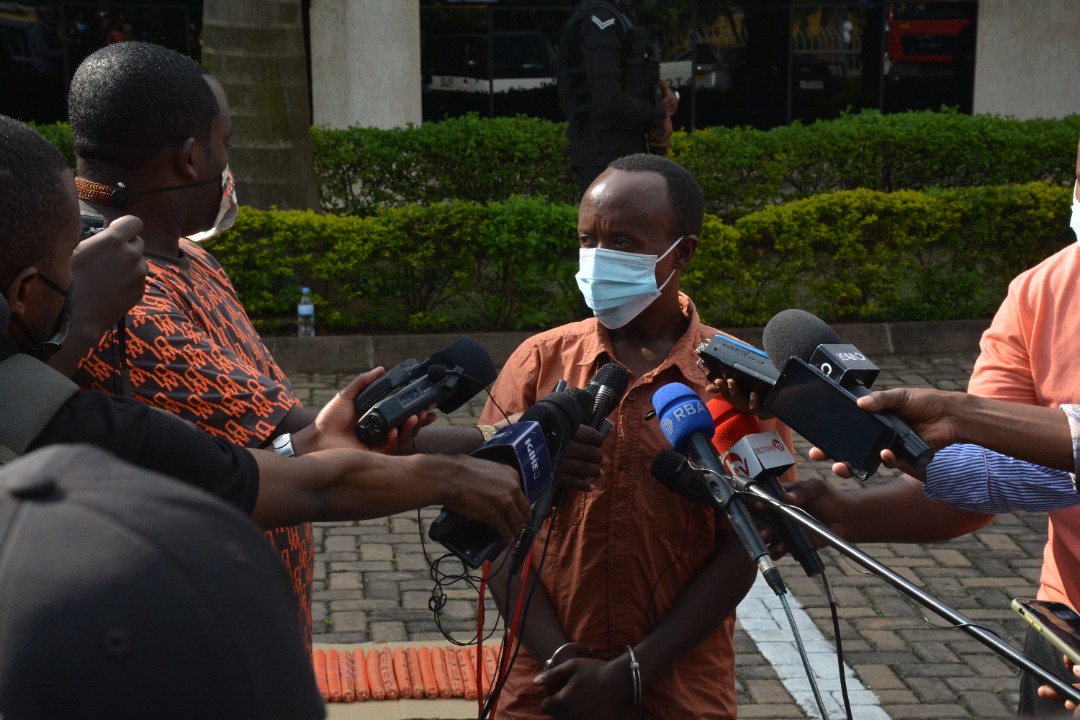 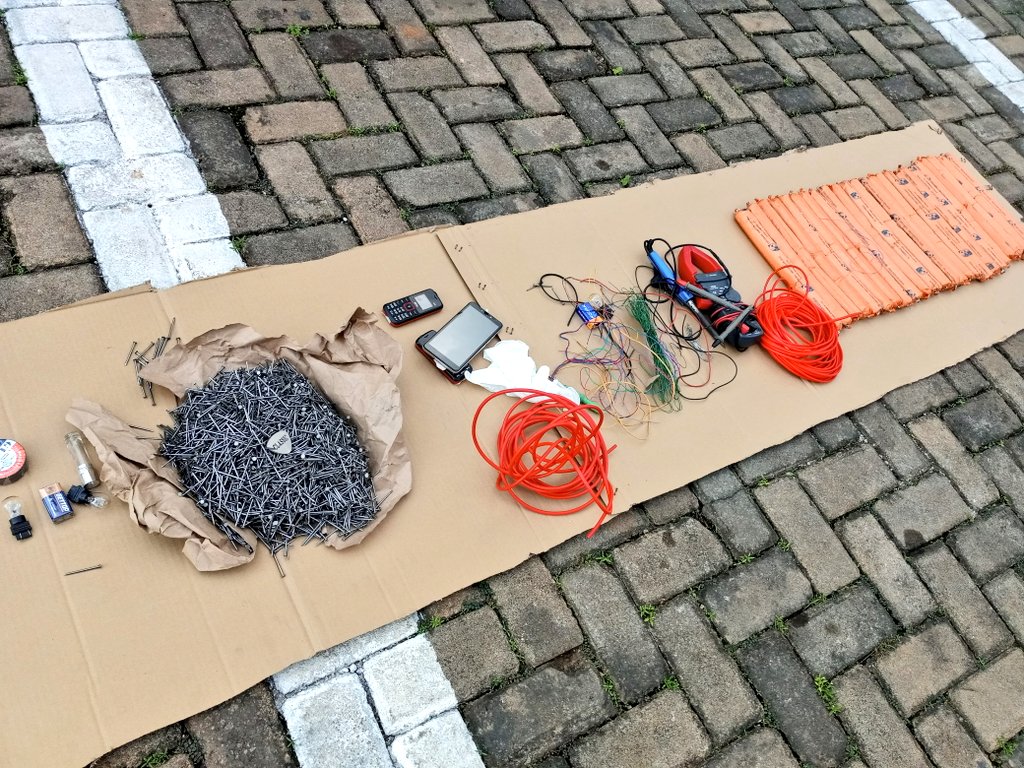