Rwanda wants peace and stability built around the two central pillars of unity and accountable governance. The citizenry desire prosperity for all and the rest of Africa. The country’s leadership understands the critical importance of regional collaboration as well as global networks in the attainment of all this. Sustainable development is where the nation’s eyes are fixed, the foundation of it all being national security.

Therein lies the reason Rwanda will neither compromise with nor give up on Uganda. It is undeniable that within our neighbor north there is both what we need and what we do not need. Rwanda welcomes their partnership in wealth creation while repelling their obsession for undermining our country’s security. Therefore, in defense of national sovereignty, Rwanda will hold Uganda accountable for supporting anti-Kigali armed groups. On the other hand, for economic growth enhancement, Rwanda will remain pushy in making a case for re-establishment of the right environment to enable bilateral trade and cooperation.

Government of Rwanda has a right, but it has duty too, to unceasingly pursue set goals within the framework of national interest. Feel free to substitute Belgium or South Africa or any other country for Uganda. You will still arrive at a uniform approach, because Rwanda’s foreign policy is country-regular. Importantly, it is our responsibility as citizens to first internalize the policy, and then join in with state civic structures in echoing it everywhere we go, rendering support to government. We are our nation’s unrelenting patriotic cadres.

Why do I find it necessary to elaborate on this? Again it is for the sake of many of our brothers and sisters in Uganda. They seem to live under a kind of confusion which is a result of Rwanda’s subtle methods. To them it is not clear how Rwanda closes the border with their country and then turns around to urge the government in Kampala to act towards re-opening. We see them on social media engaging in naïve arguments, giving all types of daft comments as they stagger to embarrassing conclusions. For a moment I will understand where they are coming from. The other day their president told a French journalist to go ask the Rwandan president about possible re-opening, since he is the one who closed it in the first place. This he said despite the fact that the pre-requisites for re-opening lie in his office, unattended to by himself.

Ugandans will say anything. To that unsophisticated line of ‘since Rwanda is the one that closed the border, it should re-open it without making a fuss’, they even add an innocently arrogant patch with a claim that: who cares? After all it is Rwanda in need of Uganda more, not the other way round. When they start to hurl these strong words, you know they are in the mood of saying it all without holding back, no matter how irrational they might sound!

They have a knack for reminding us about the enormous sizes of both their country’s economy and geographic area. They never miss out on mentioning how small Rwanda is, always comparing it with the size of one of Uganda’s districts.  They even talk about their country’s superior military capabilities – don’t laugh – and a population size almost four times bigger than Rwanda’s. Their Toronto-based anti-Rwanda spokesman says Uganda’s economy is an elephant, while Rwanda’s is a mosquito in comparison. I requested him, on a light note, to be fair and at least call Rwanda’s economy a buffalo if he is going to see Uganda’s as an elephant.

Rwanda never likes to play games of reminding Uganda about the past. But on persistent demand by Kampala, once in a while we throw a punch, take this one:

The departure of the Banyarwanda officers (from NRA) was especially felt when in 1995 a unit of RPA officers commanded by then Major (now Maj Gen) Andrew Kagame was sent to Uganda, at Museveni’s request, to secure key installations in Entebbe, Jinja, and Kampala. For twelve months, Maj. Kagame’s artillery and anti-aircraft battle-hardened force secured the Entebbe airport, the strategic radar at Nsamizi (also in Entebbe near the president’s residence), Owen Falls Dam, and the major sugar factories in Lugazi, including Madvhani. As installations of strategic economic importance, Entebbe airport and Owen Falls Dam were identified for special focus of RPA forces to secure with heavy firepower. Museveni had received credible intelligence that a hostile neighboring country was preparing a raid on Uganda; it would conduct an air raid on key installations while Joseph Kony’s group would match southwards towards Jinja and Kampala. Museveni didn’t want to take chances and knew where to find a fierce army, and requested for it. https://www.newtimes.co.rw/opinions/note-kampala-rwigema-ours-not-yours. For twelve months RPA covered President Museveni’s something for free. Rwanda did not charge Uganda even a penny for the life saving service. Like RDF is doing in Mozambique. Come on Uganda! Do you sincerely still want to believe Rwanda owes you anything?

Whenever we are engaged in debates online, it is common for exchanges to become heated. Often Rwandans tend to be lost for words as we find the difference between their perception of global trends and ours to be glaringly wide, tilted not in their favour definitely. We take it easy, which they mistake for being weak. And here they come out chasing, literally exposing further the holes in their thinking. For the record, Uganda has much better brains than those we see deployed against Rwanda on media platforms. But it is as if in that country the folks selected for social media operations on behalf of government are rejects from other sectors. 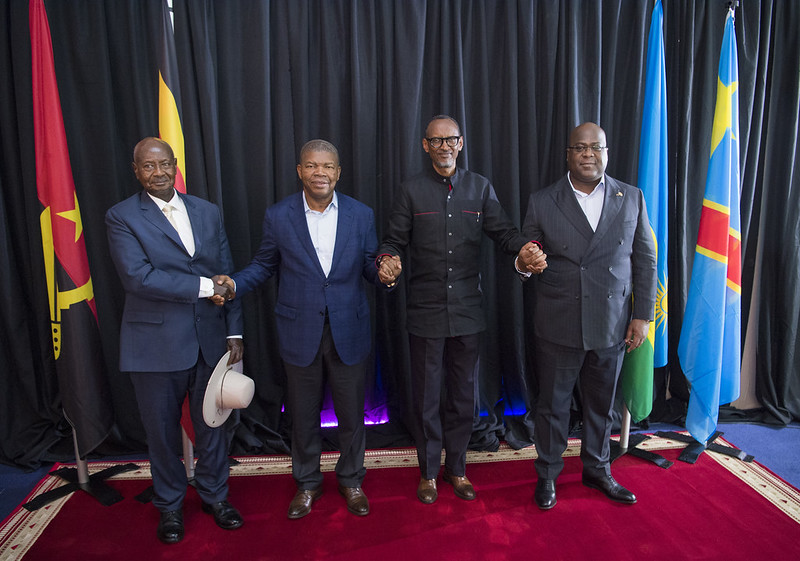 Let me make the necessary reminder that this narrative is primarily for a section of Ugandans. Please make a little more effort to understand Rwanda if you happen to be in this category, good people. It is not in our nature to brag, which is why we do not go around saying we can leave without you, the way you do. It is how we were nurtured. Certainly we need you. Forgive us for admitting this. But it is for maximization of business opportunities, not for survival, as you may think. It is the reason Rwanda courts Uganda. That is why you will continue to hear President Paul Kagame appealing to his counterpart to get serious and stop pretending that Uganda is not bothered at all. Loss of revenue hurts the economy. And loss of big revenue hurts big time.

President Yoweri Museveni once said of Mr. Amama Mbabazi while commenting on their fall out about six years ago, that “you don’t bring emotions to public affairs.” http://www.monitor.co.ug/uganda/news/national/museveni-appoints-amama-special-envoy. It is now time to read this kind of message to the president himself. He should not be one to allow personal ego to get into the way of national interests. That is not to be among the shortcomings of an elder statesman like him.

So, what more do we see on social media from Ugandan political agitators ganging up against Rwanda? They claim President Museveni is tired of Kigali’s “unreasonable demands” made conditional for re-opening the border. They even amazingly admit this about their president: in meetings with his Rwanda counterpart (whenever cornered) accepts to go and address certain things he knows deep within him he does not want to go and address. Then why not say the truth? We ask. Because it is the only way to escape the humiliation caused by Rwanda’s compelling evidence (what he calls unreasonable demands) of Uganda’s misdeeds. Now you know why there has been no headway in spite of the summit in Angola. http://www.newtimes.co.rw/news/summit-requests-uganda-end-support-anti-rwanda-elements.

Hello Uganda! We know there is a long way to go as far as restoration of good relations is concerned. Regardless, just know Rwanda is not about to give up on you. Rest assured, without compromising our values and core national interests, we shall keep you engaged, for what it is worth. You may as well brace for a race. Mwesibe biri.