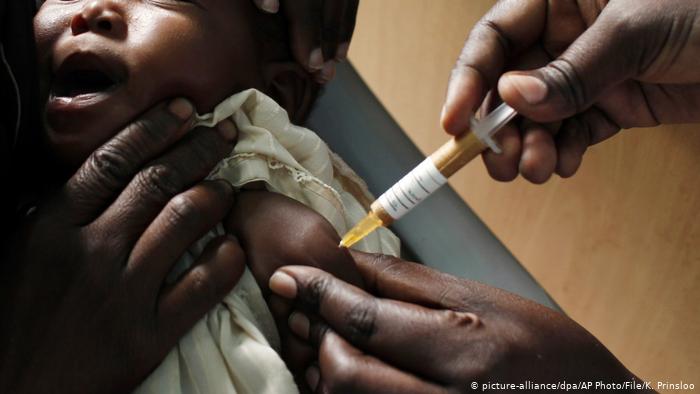 The World Health Organization(who) has approved and recommended the use of the first ever Malaria vaccine dubbed ‘Mosquirix’, which is expected to save lives of thousands of children in Africa.

According to WHO, Malaria is among the oldest known and deadliest of infectious diseases which has claimed hundreds of thousands in several parts of the world, but mostly in Africa.

The International health regulator says Malaria kills about half a million people each year and nearly all of them in sub-Saharan Africa, including 260,000 children under age 5.

The approved Malaria vaccine was made by GlaxoSmithKline, a British Pharmaceutical industry company.

According to the WHO the clinical trials indicated the efficacy of 50% to protect children against severe malaria.

The WHO reports indicate that since 2019, 2.3 million doses of Mosquirix have been administered to infants in Ghana, Kenya and Malawi in a large-scale pilot program. The majority of those whom the disease kills are under age five.

Tedros Adhanom Ghebreyesus, Director-General of WHO said that getting a malaria vaccine was a “historic moment.”

“Using this vaccine in addition to existing tools to prevent malaria could save tens of thousands of young lives each year, after other anti-malaria measures like bed nets and spraying to kill mosquitoes that transmit the disease,” Dr. Ghebreyesus said.

Malaria is far more deadly than COVID-19 pandemic in Africa. It killed 386,000 people on the African continent in 2019, according to a WHO estimate, compared with 212,000 confirmed COVID-19 deaths in the past 18 months.

According to the Ministry of Health, the decrease in malaria deaths is attributed to home-based health facilitators locally known as “abajyanama bubuzima.”

Other intensified efforts against Malaria include free treatment of malaria for vulnerable people in the social category one and two also known as Ubudehe Categories I and II and the quality of care at the health facility level.

“The above measures and a combination of other hands-on preventive measures like spraying the most at-risk homes, distribution of treated mosquito nets and deployment of community health workers have played a significant role in reducing the country’s malaria deaths,” Dr Aimable Mbituyumuremyi, the Head of the Malaria and other Parasitic Infections Unit at the Rwanda Biomedical Centre (RBC) said in September last year.

“Our efforts to fight malaria have actually increased, focusing mostly on protective measures. By the time Covid-19 got to Rwanda, we had already started our program to distribute treated mosquito nets all over the country. So far 24 districts are covered for Mass Campaign Distribution,” he said.

The preventable disease (Malaria) is caused by parasites transmitted to people by the bites of infected mosquitoes called anopheles. The symptoms include fever, vomiting and fatigue.