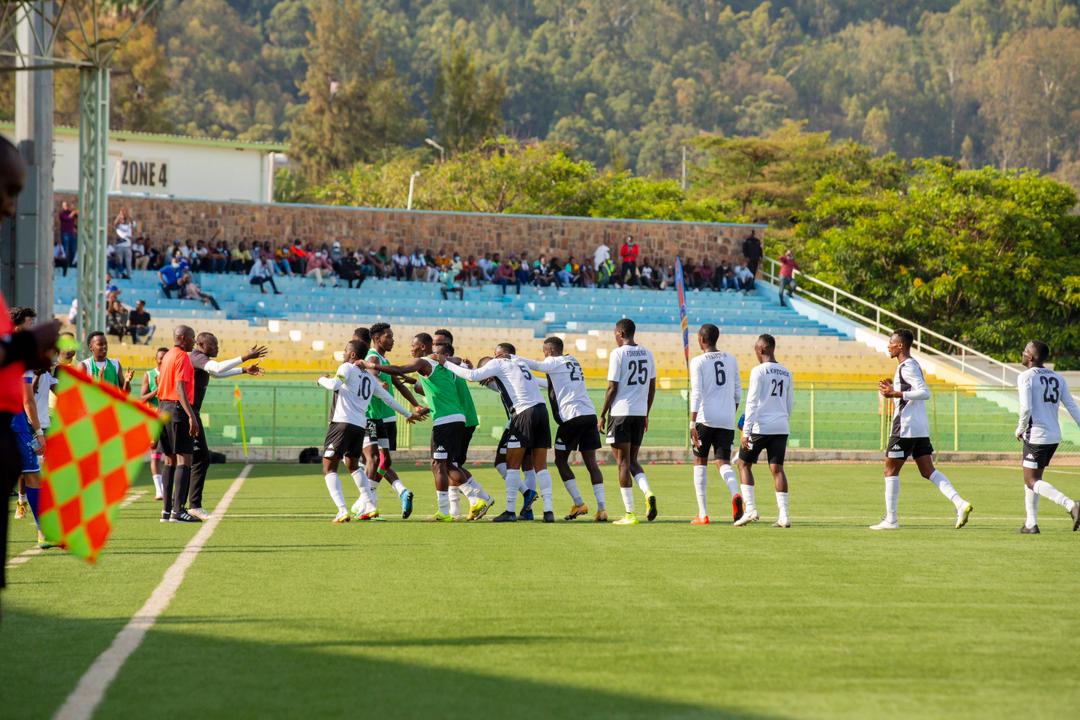 APR FC once again prevailed in the biggest game of the season with a 2-1 win over rivals Rayon Sports to maintain their unbeaten run.

Matchday 4 action started on Monday with Police FC’s 0-0 draw with Gorilla FC but the much-awaited clash took place at an almost full Kigali Stadium on Tuesday.

In the 20th minute, against the run of play, Essomba Willy Onana intercepted a Yousef pass, rounded the goalkeeper and calmly slotted into an empty net to give Rayon Sport a lead.

APR’s captain Djabel Imanishimwe levelled things up in the 39th minute after Rayon’s defense failed to clear the ball.

The hosts struck again on the brink of half-time after another mistake by the visitor’s defense in clearing.

This time, it was Jean Bosco Ruboneka who took advantage of the rebound and hit a long-range stunner to earn his side’s valuable three points ahead of next week’s crunch CAF Confederation Cup against RS Berkane.

Rayon Sports were within seconds of claiming a point in the closing stages of the game, piling relentless pressures on the hosts, but a solid defensive performance ensured the reigning champions earned the bragging rights.

Elsewhere, Gasogi United’s  2-1 victory away to Bugesera Fc took them top of the league while Kiyovu edged out Gicumbi FC thanks to NIyonkuru Ramadhan’s 55th minute effort.