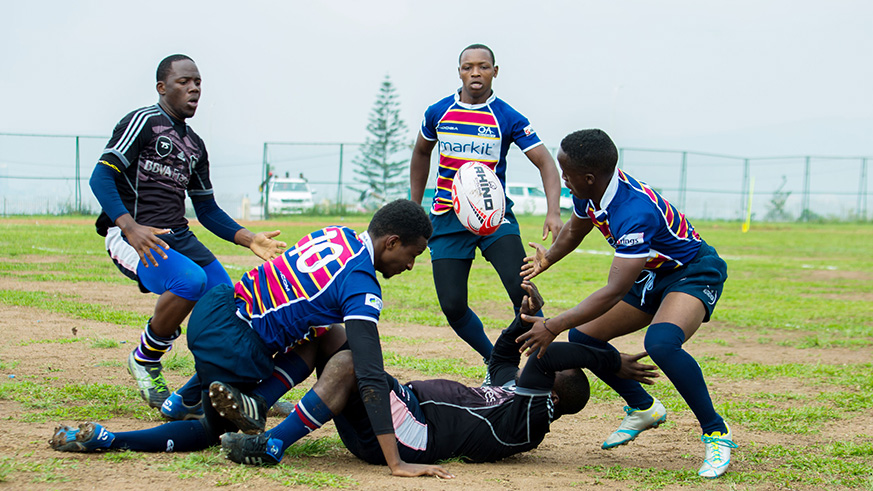 The Rwanda Rugby Federation (RRF)  is set to host a 7-a-side Rugby tournament at the National, Amahoro Stadium.

The tournament is scheduled on Saturday 13rd November 2021.

The one day tournament has kindly been sponsored by Big Ant Studios, an international video game developer.

The Big Ant Tournament marks the return of domestic Rugby in Rwanda for the first time since Covid-19 Outbreak in March 2020.

A total of 14 teams, consisting of 8 male teams and 6 female teams in different games will compete for the inaugural Big Ant Trophy.

The Chief Executive Officer (CEO) of the RRF, Muhire John Livingstone explained that the men’s competition will consist of two groups of four teams.

The winners of each group will play the runners-up of each group in two semi-finals, with the winners progressing to the final where the teams will battle it out to be crowned the Big Ant Champions.

The women’s tournament is taking a slightly different format with the six teams pooled into two groups. The third place teams in each group, will then compete in a 5th and 6th place play-off, while the two second teams competing for 3rd and 4th respectively, and the table toppers fighting it out in a final to be crowned Champions.

President of RRF, Kamanda Tharcisse is quoted as saying “I would personally like to thank Big Ant Studios for their sponsorship because without this a tournament in November 2021 would not have been possible. The tournament will boost rugby 7s both for men and women in Rwanda and we hope to partner with Big Ant again in the future. The Federation is also still hopes that we will be able to host Rugby Africa Regional Men’s 7s scheduled for January 2022 and this Big Ant tournament will be used to identify potential talent to represent our National team, The Silverbacks.”

Kamanada further thanked the Ministry of Sport for allowing the return of Rugby.

Rugby competitions have been delayed longer than other sports due to it being a contact sport. However, after implementing safe Covid-19 measures, the Federation has been given the green light to resume Rugby related activities and competitions.