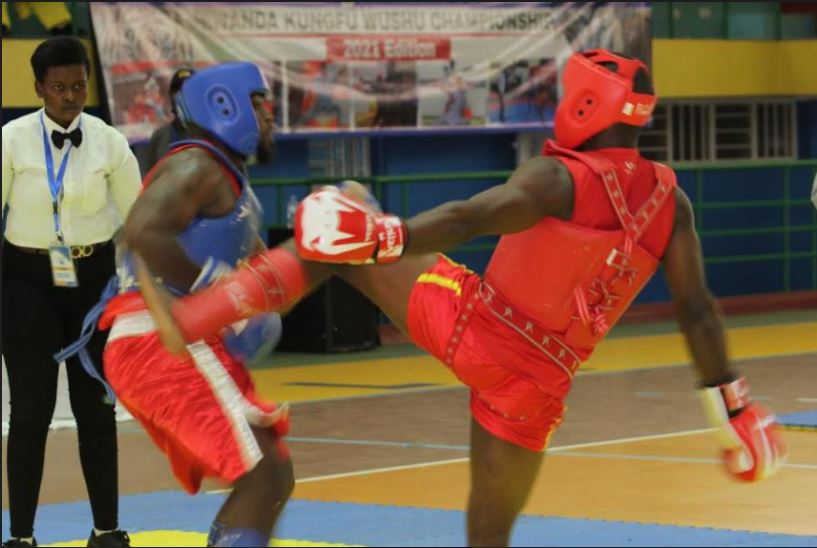 On Sunday November 21, 2021 the Kungfu-Wushu national championship 2021 was concluded at Amahoro Nationa Stadium.

The tournament was held for nearly two years due to Covid-19 pandemic.

It involved 172 players including 141 boys and 31 girls from 21 teams from across the country in two categories of  Kungfu Science Show and Demonstration (Taulu).

The latter involved players aged from 10 to 15 years and Adults of16 years and above.

The second round is a fight and wrestling (Sanda) played only by adults from 18 to 35 years old.

“If we are back, it’s because our players put in a lot of efforts to prevent this disease,” he said.

Ms. Xing Yuchun, Deputy Chief of Mission, Political Counselor, Embassy of China in Rwanda said that from the beginning the Chinese embassy has been trying all the best to assist Rwanda in various activities

“Thank you, as you know from the beginning the Chinese embassy has been trying all the best to assist Rwanda in various activities, from this event you know that it is not easy to the Rwanda kungfu-wushu federation to organize only themselves after a long period of time in special circumstances of covid-19,” he said.