Minister Gatabazi made the observation on Friday while launching a bridge built in Gatare Sector, Nyamagabe district, Southern Province. Bridges to Prosperity (B2P) and the Government of Rwanda unveiled the 100th trail bridge which will serve more than 3400 people in the communities of Bimba, Kagusa, Ruhanga, Rwangambibi, Rucunda and Mushubi.

The Rwangambibi trail bridge marks the 100th structure built in country since B2P started its operations in Rwanda in 2012. This bridge spans 83m on the Rwondo river; connecting the surrounding communities to essential services such as health centers, schools and markets.

While officiating the event, the Minister of Local Government hailed the construction of this bridge as a great contribution to the development of rural areas.

“The completion of this trail bridge is among the key achievements towards the de-isolation of rural Rwanda. This climate resilient infrastructure will trigger a localized development, easing the access to schools and health centers, facilitating the social and economic ties between the Shyeru cell and the rest of Rwanda,” Gatabazi said. 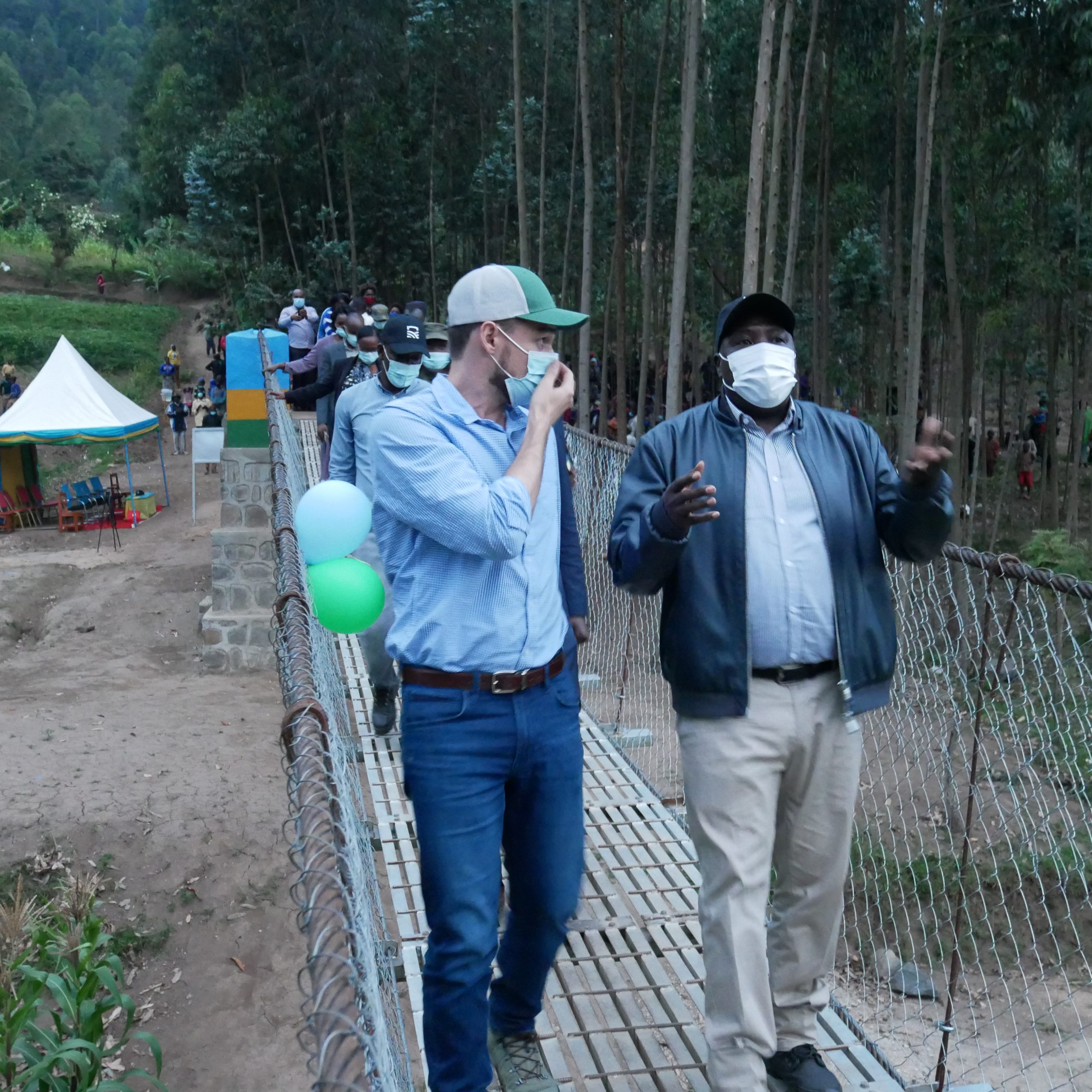 “Our country is often described as the country of “a thousand hills”, a beautiful and peaceful place where rivers and mountains form a wonderful landscape, which becomes even more attractive when crossed by those trail bridges. The impact of these bridges is huge. The preliminary results that we gathered in collaboration with B2P and other academic researchers has shown anaverage increase of 25% of the labor market income in the communities connected by trailbridges,” he added.

Bridges to Prosperity Country Director, Jeff Murenzi emphasized that the completion was successful thanks to the strong partnership between B2P and the Government of Rwanda.

“The 100th trail bridge we built in Rwanda is an incredible goal for B2P and the Government of Rwanda, and still, it is just the beginning. There are more than 200
trail bridges to be built under the current MoU with the Government of Rwanda, and after that we are ready to continue until Rwanda will become “the land of a thousand hills and of a thousand bridges,” Murenzi said.

Apollinarie Yambabariye, a resident of Gatare Sector, said that the bridge will change their lives significantly and contribute to the socio-economic development of the district.

“We are extremely grateful for this bridge which was urgently needed. This bridge comes at the right time because some days in the past, when going to the market, we would find the river flooded and unpassable on our way back, forcing us to spend a night away from our homes, and forcing our children not to eat that night,” she said.

To date, 102 trail bridges 14 of which are in Nyamagabe district, have been completed by B2P in Rwanda, connecting 447,068 people to critical resources. In July of 2019, Bridges to Prosperity launched a five-year program to connect communities across Rwanda through a partnership with the Ministries of Infrastructure, Finance and Economic Planning, and Local Government, with the common goal of providing connection for over 1,100,000 residents. 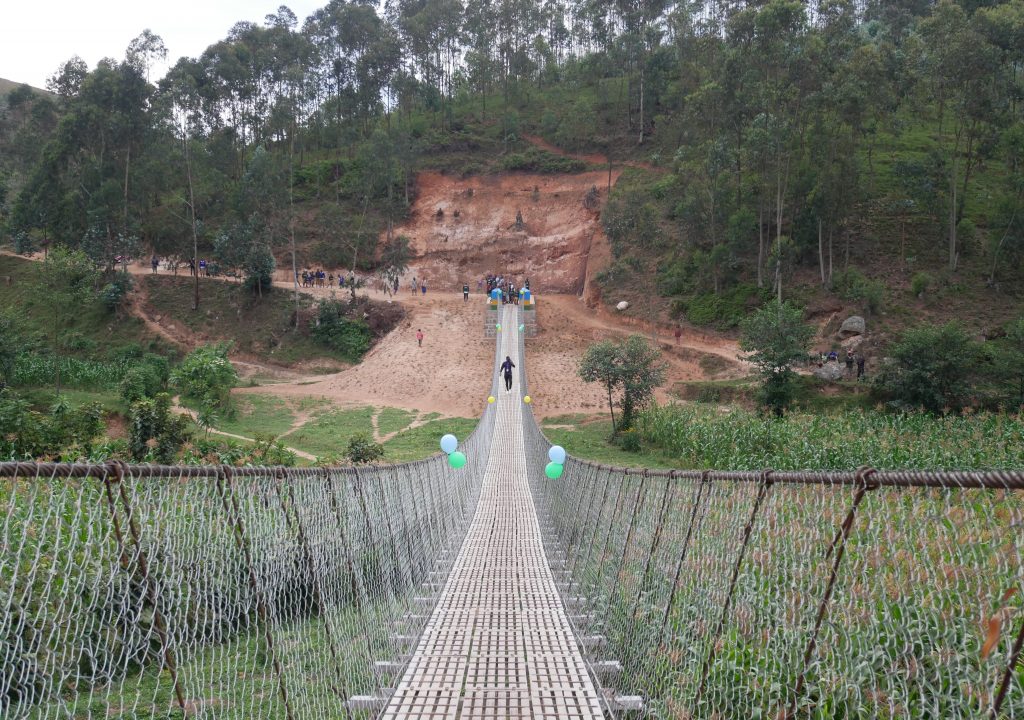 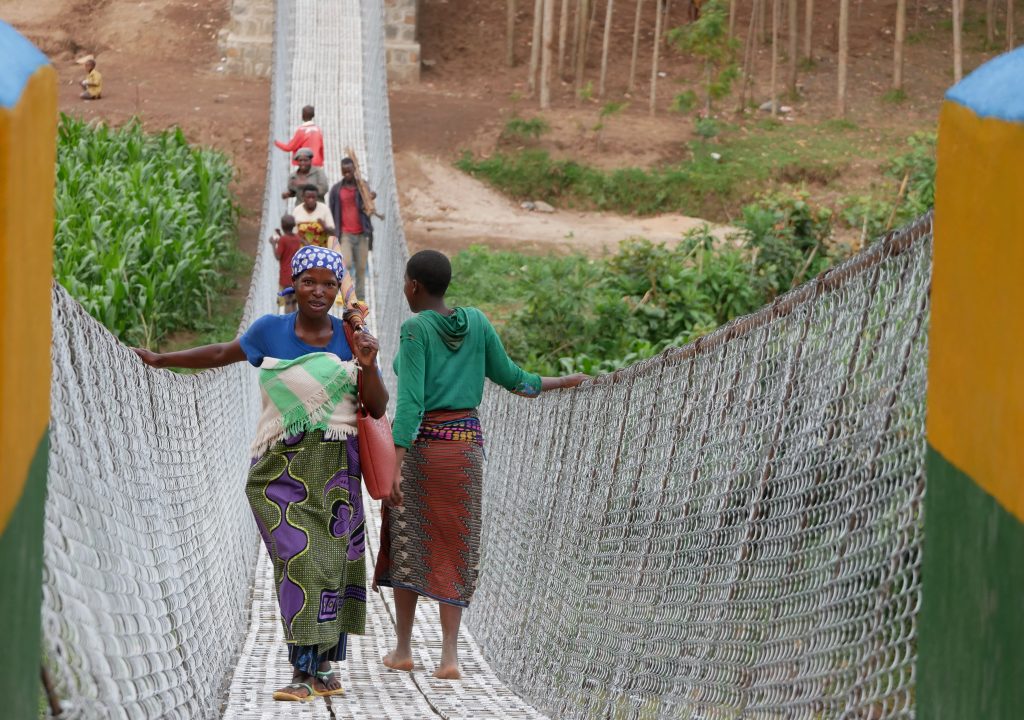 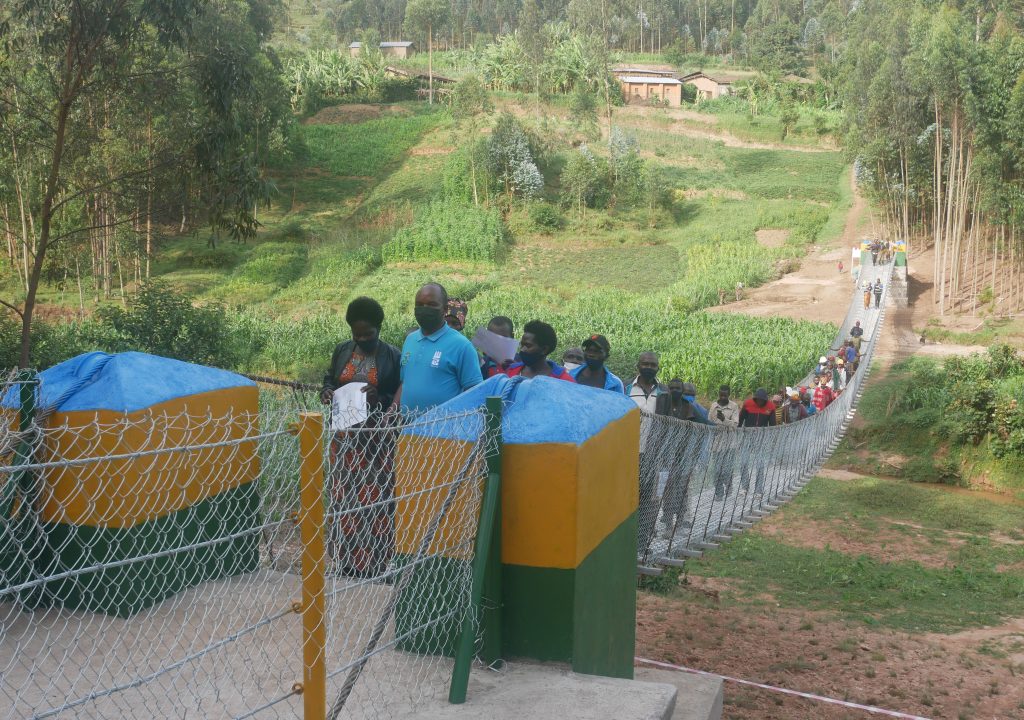 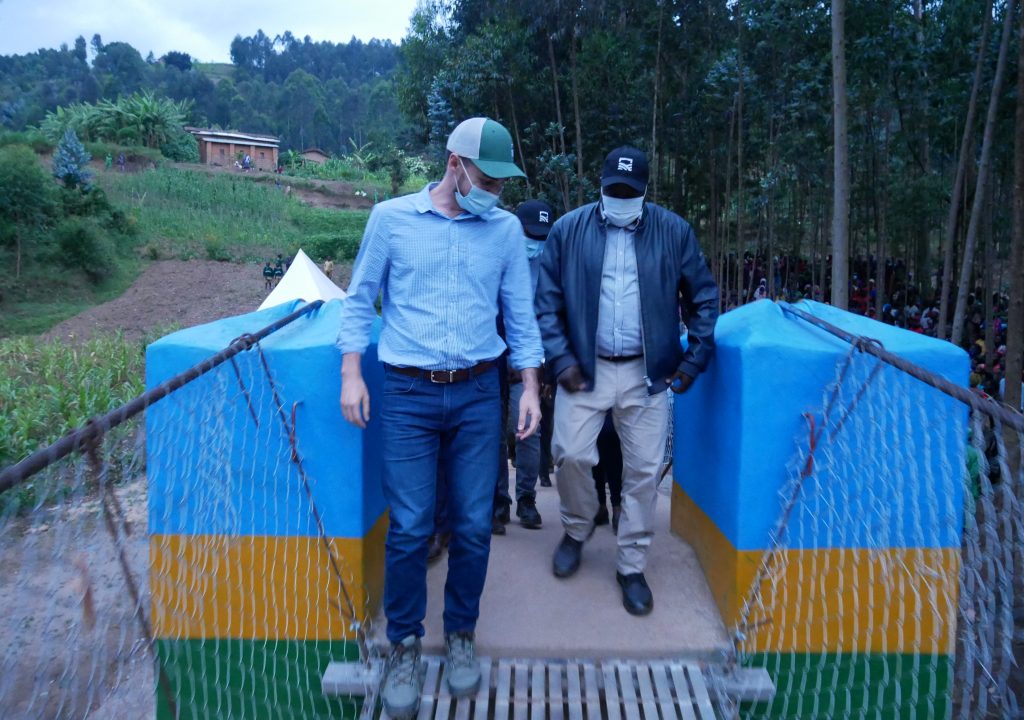 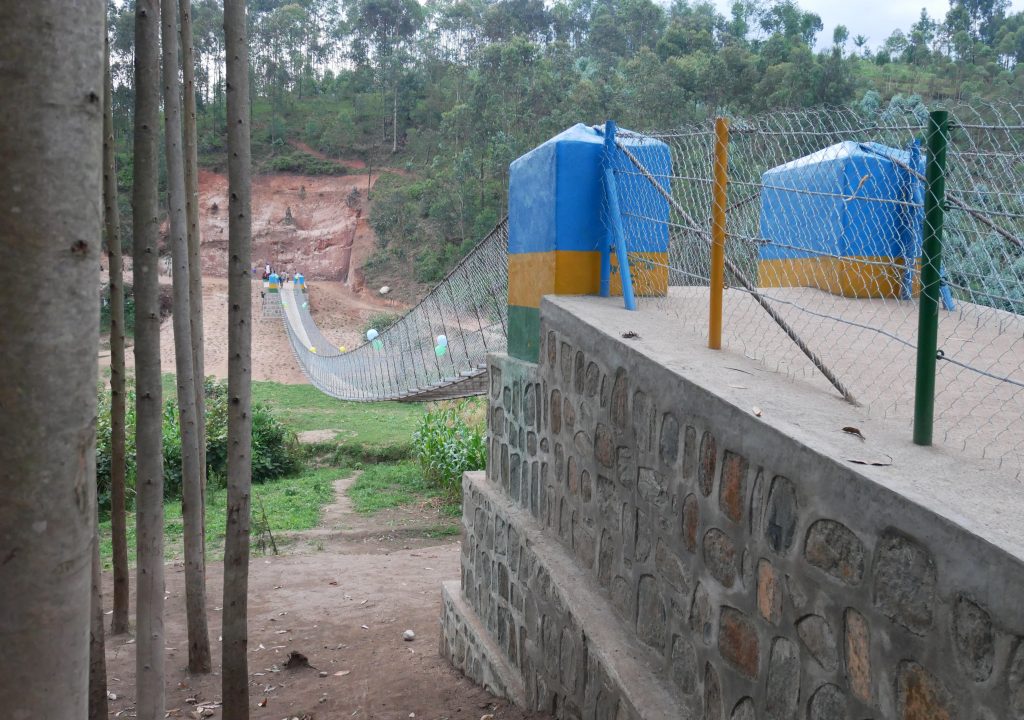 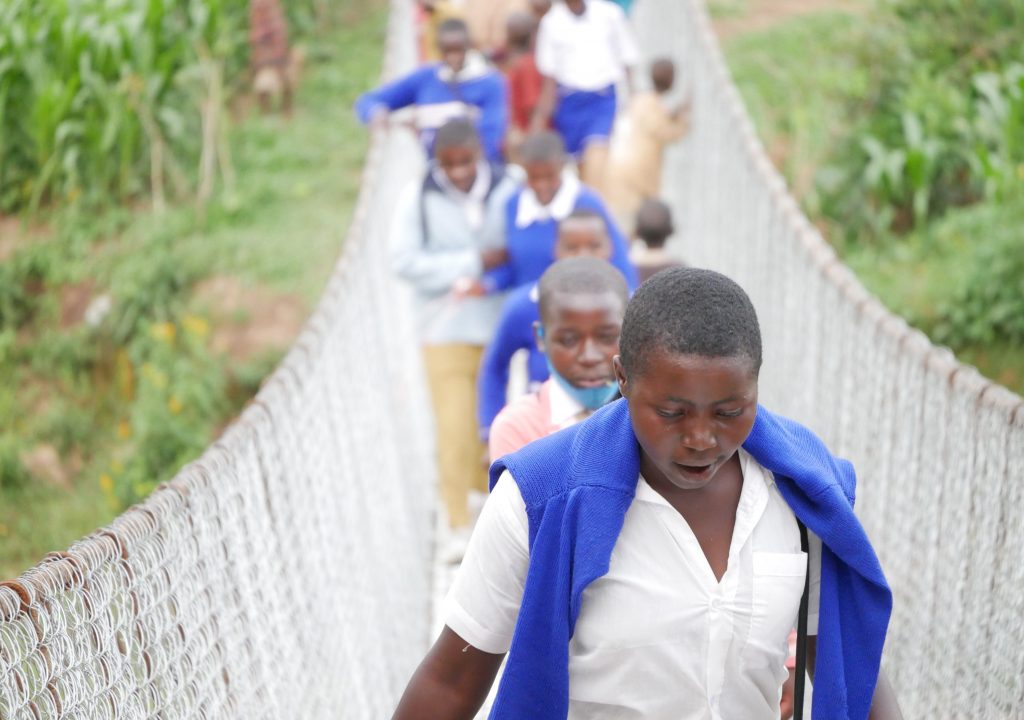 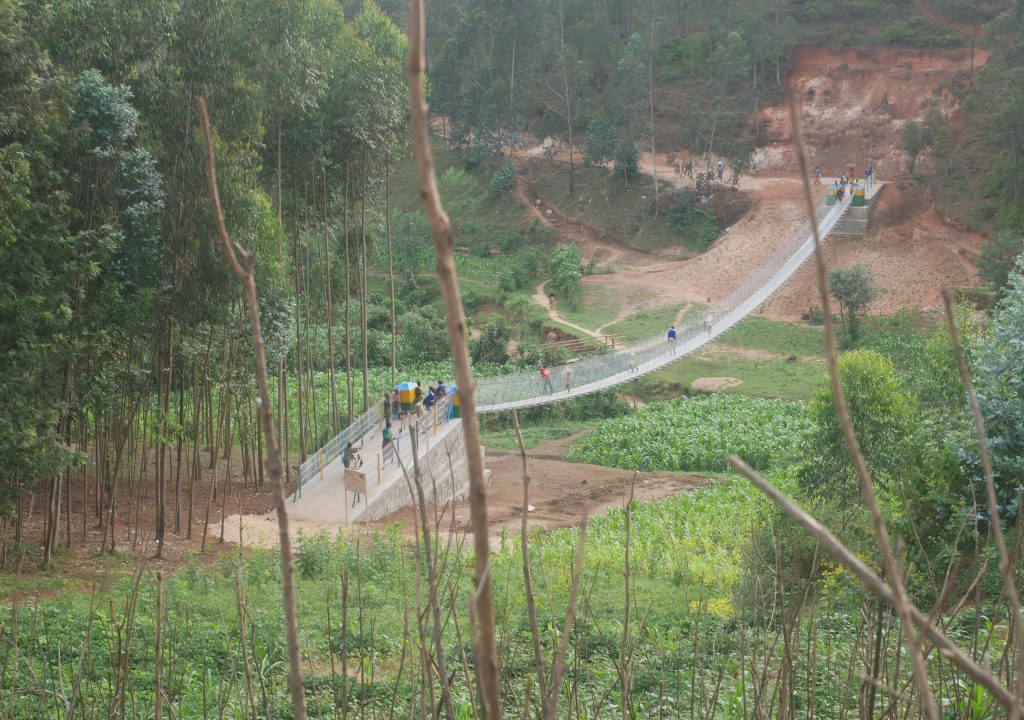