Democracy Has Left Rwanda Every Time Himbara Has Fled the Country 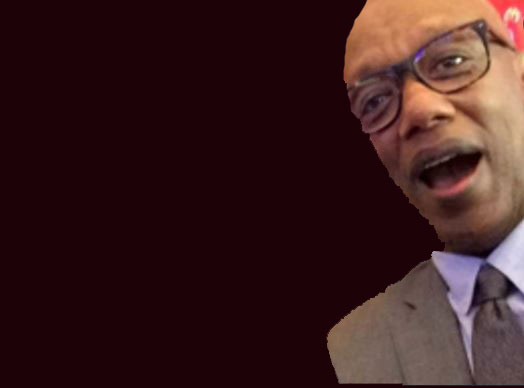 Last week, a Canada-based online news platform, National Post, wrote a long article titled: “Is democracy dying? After hopeful end to 20th Century, the institution withers worldwide”. Apparently one of the places where democracy is withering is Rwanda, and the expert chosen to tell the story of authoritarianism in Rwanda is David Himbara.  If democracy is dying in Rwanda, then at some point it existed. According to Himbara, Rwanda was only a democracy when he was living inside the country. It became a dictatorship when he fled the first time. Then it became a democracy again when he returned “before quitting for good in 2010” when it became a dictatorship for good. Well, until Himbara returns again, and the country starts enjoying democracy once more.

That is the kind of narcissism surrounding Himbara, the self-proclaimed “high profile” critic of President Kagame, who now finds himself homeless and is blaming his former boss for it. But one fascinating thing about Himbara is how for the past 10 plus years since he left Rwanda “for good” he hasn’t been able to find credibility beyond referring to himself as “Kagame’s former” this and that. Surely ten years is a long time for Himbara to have found an identity that separates him from someone he claims to detest so much. One can only conclude that Himbara does not hate Kagame – He obsesses over him. Himbara finds his worthiness tied to President Kagame to the extent that if he cannot be his former boss, he will at least settle for being his “high profile” critic.

This is someone who claims to be a university professor. This title ought to be adequate as his new identity since it has been so long since he left Rwanda “for good”, and he ought to have moved on. Alternatively, if he is unwilling to move on, he should be grateful to the person who gave him an identity that he finds so satisfying and one he wishes to be associated with till death. The identity that links him to President Kagame makes him more important than the identity of being a university professor. He is then being ungrateful by going around, smearing the only person who has given him something as important as an identity.

But an obsessed person rarely thinks straight. In the article Himbara says that a Rwandan colleague in Edmonton warned him that “he’d been recruited by the regime to silence him.” The colleague is none other than Dr Laurence Muganga, who Himbara coached to tell authorities that naked lie in the process of helping him to get asylum in Canada. Later, Himbara also  recruited Muganga into the Kampala sponsored anti-Rwanda propaganda. Museveni once praised Himbara that he was doing a good job tarnishing the image of his former employer – President Kagame.

Himbara often writes that Rwandans inside the country are tired of President Kagame who, he says, is unpopular. He adds that many Rwandans would wish to leave the country just like he did. However, shamelessly, he claims that he cannot teach in Canada because his classes are filled with Rwandan-Canadian students “prompting fears that they, too, might have been enlisted to shut him up,” the author of the article writes. By indulging Himbara’s paranoia, the author fails to see that his questionable source contradicts himself and provides, albeit unwittingly, evidence of Kagame’s popularity inside and outside the country. Otherwise, why would Rwandans who have gained Canadian citizenship maintain loyalty to President Kagame?

But it is not just students abroad. Himbara also “avoids fellow members of the Rwandan diaspora in the city,” according to the article.

Himbara then tries to get pitty for his self-inflicted misery. “It’s endless, but this is nothing compared to what happens to other people. I am alive. I haven’t been killed,” he tells the author.

Here, Himbara is right ; he is not alone. Rene Mugenzi, another faker who also got British asylum on false pretenses of being a genocide survivor, had for decades made a name for being a “high profile” Kagame critic. Mugenzi, like Himbara, lied to police that Kagame was after him. After years of duping British people, they put him in charge of finances at a community church. He stole the money and the church went bankrupt. Mugenze was arrested and his lawyer said, “He believed he was under threat of the Rwandan government and this made him anxious and fearful and he had struggled to get work. The lawyer also claims that, to cope with this threat from Rwanda, Mugenzi had used the church money for gambling and had ended up addicted.

But the Norwich Crown Court wasn’t buying any of it. The magistrate, Judge Katharine Moore, ruled that Mugenzi’s fears were “not well founded” and that there was “no reliable support” in his testimony. He was sentenced to a jail sentence of 27 months. The entire story is here in the British media with the title “How we won fight to name cathedral fraudster,” referring to Rene Mugenzi.

Himbara is the Edmonton Fraudster. His time before the magistrate is nearing.

PSF, Partners Propose A Formula To Include People With Disability in Business