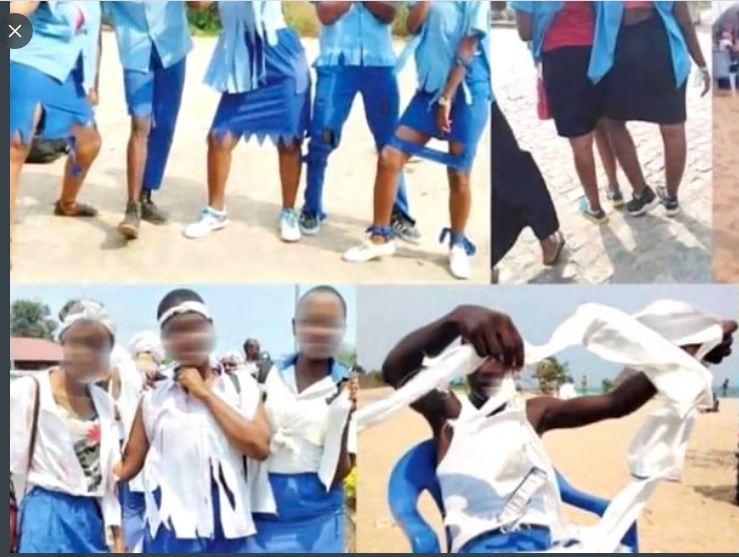 Ngororero Primary court in Western Province has sentenced to five years students who were allegedly involved in damaging school property after completing the final year exams in July.

The court ruled a five year sentence and a court fine of Rwf5 million for each of the six students accused in the above case.

The group of students from ESECOM Rucano TVET School in Hindiro sector, Ngororero district, came into the limelight in July 2021 when they were recorded in images and videos in acts of vandalizing school property.

The images which look like a minor riot among students showed the suspects damaging school glass windows, fences and beddings on top of their own school exercise books.

Back then videos and images of the act circulated on different social media platforms of candidates burning their notebooks and other related indecent behavior dubbed “celebration” of completing national examinations and “farewell” to their time at school, in a kind of euphoric manner.

According to Rwanda Investigation Bureau (RIB), on July 29, the suspects went into a bar and came back drunk and vandalized the dormitory where students were accommodated then set fire on it, damaging beds among other school property.

Culturally burning books is considered as an act of inviting bad luck but legally the students were also tagged for engaging in activities that are punishable by the penal code.

Willful damaging of someone’s property is punishable under article 186 of the penal law. Upon conviction a person faces imprisonment of not less than two months but not over than five months plus fine of not less than Rwf300,000 but not more than Rwf500,000 or only one of these penalties.

The parents of the convicted students said that the punishments were heavy and most of them were not prepared for the verdict outcome, however said that they are willing to compensate for the damage with the school authorities also sharing the fine burden.

The concerned parents also asked the government to pardon the students since they are young and need to continue with their studies in future instead of spending time behind bars.

Legally the suspects and their parents can appeal the court verdict in the next five days and have the case sent to an advanced court to review legal irregularities and basis for the verdict to stand an appeal trial.