A Reasonable Notion of Democracy Matters 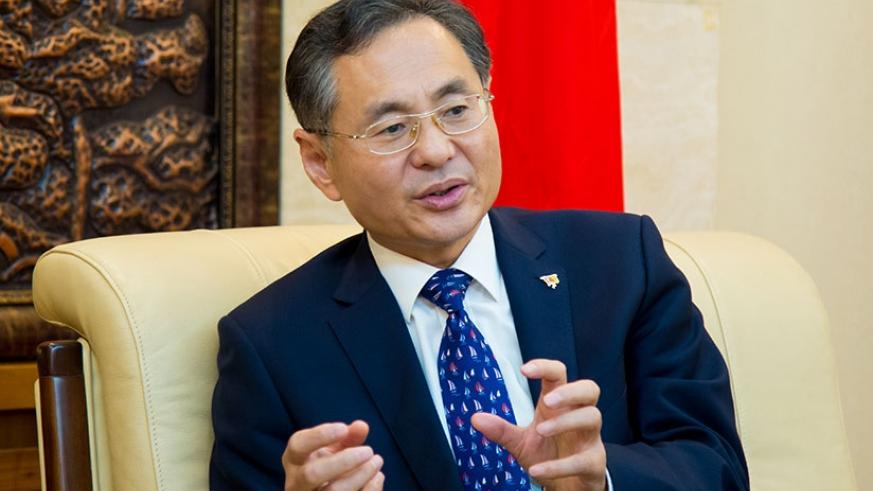 Rao Hongwei, Chinese Ambassador to the Republic of Rwanda

Last month, the “Leaders’ Summit for Democracy” was convened in a virtual format. That social function, if I may put it this way, appeared so inopportune in a critical time when the world was combating the deadly Covid-19 viruses, and the newly confirmed cases in the US and the world kept refreshing the record. By intentionally leaving nearly half of the countries and regions in the world outside, it drew a clear-cut line between “democracies” and “non-democracies” and was criticized by many as creating de facto conflicts and antagonism in international community. Even, it invited various suspicions from corners of the world on the motivations behind.

Whatsoever, let’s talk about democracy. Like other philosophical issues, to have an objective, an unbiased comprehension of democracy, it makes sense to outline the context for the discussion. In another word, a reasonable notion of democracy matters.

Firstly, democracy is the right of the people in every country, rather than the prerogative of a few nations. Whether a country is democratic should be judged by its people, not dictated by a handful of outsiders. Whether a country is democratic should be acknowledged by the international community, not arbitrarily decided by a few self-appointed judges. All paths to democracy chosen by the peoples themselves deserve proper respect. “Long arm jurisdiction” is neither plausible nor applicable, apparently.

Secondly, there is no fixed model of democracy. Democracy manifests itself in many forms in a diversified world. Assessing the myriad political systems in the world against a single yardstick and examining diverse political structures in monochrome are undemocratic per se. Democracy is a concrete phenomenon that is constantly evolving. Meanwhile, rooted in history, culture and tradition, democracy takes diverse forms and develops along the paths chosen by different peoples based on their exploration and innovation. Civilizations are enriched by exchanges and mutual learning in a spirit of mutual respect and following the principle of seeking common ground while setting aside differences.

Thirdly, democracy is not a decorative ornament, but an instrument for addressing the issues that concern the people. The foremost criterion of democracy is the people are truly the masters of the country and have the right to participate in governance extensively. The United States, the “beacon of democracy”, established the universal suffrage by law only in 1965, while various restrictions for voting are still there today. It’s a widespread observation the elections of the US have long been degraded to money games rigged by the elites, with the electorate choosing between the worse and the worst. Some describe the US democracy as “awakened” once in four years, and “dormant” for the rest of the time, because verbal promises made in elections largely go in vain and nobody is taken accountable. Democracy should be result-oriented, and genuine democracy lives in the substance. Procedural democracy is far away from everything, and in my perspective, one-sided emphasis and obsession of procedural democracy tantamount to fundamentalist democracy, to an extent.

Fourthly, democracy should by no means be reduced to an instrument for expediency. A glance at the current international political situation reveals a stark reality that, thanks to the manipulation of the United States and some western countries, democracy has far deviated from its origin and become a highly ideological and politicized issue for political wrestling and self-interests. The credibility of democratization is in turn questioned, and the “Leaders’ Summit for Democracy” is mocked by many as a farce. This not only tarnishes democracy, the common value of all mankind, but also stands out as a major factor endangering world peace and development. Indeed, from “Color Revolutions” to “Arab Spring”, so many holocausts were brought to the world in the name of democracy. If I may borrow a sentence by Madam Manon Jeanne Phlipon in the era of French Great Revolution, it would be “O Démocratie, que de crimes on commet en ton nom!”

Democracy is an ideal that has always been cherished by the Communist Party of China (CPC) and the Chinese people. Since its founding in 1921, the CPC has led the people in realizing whole-process people’s democracy under its leadership. The Chinese people now truly hold in their hands their own future and that of society and the country. The people exercise state power effectively through people’s congresses. The system of multiparty cooperation and political consultation under the leadership of the CPC enables eight other political parties to participate fully in the administration of state affairs. The broad patriotic united front is developed to pool the wisdom and strength of the Chinese nation to the full. The system of regional ethnic autonomy ensures ethnic minority citizens enjoy equal rights in various aspects, and greatly reinforces the ethnic unity. The community-level self-governance is improving to allow local residents to directly exercise their democratic rights. By exercising their right to vote in elections, which are extensive, equal and genuine, the people elect those who represent their will to hold and exercise power. Democratic consultation is held to reach the greatest common ground based on the wishes and needs of the whole of society. With the concerted efforts of the people’s congresses, the government and the grassroots, democratic decision-making is making headway. The people manage their own affairs by means of democratic management of urban and rural communities, enterprises and public institutions, as well as social organizations. Comprehensive and effective democratic oversight enables the people to continue to exercise their democratic rights after elections, and ensures that there is an effective check on the exercise of power.

The democracy of China is a democracy that works. The people enjoy extensive rights, and their democratic participation keeps expanding. The efficiency of national governance grows, social stability and harmony increases, and constraint and supervision of the exercise of power gets more effective. China has developed a new model of democracy and is promoting democracy in international relations, which represents a significant contribution to international politics and human progress.

China and Rwanda have much in common when it comes to democracy. With the similar history of colony, we both believe democracy hinges upon national independence and sovereignty, without which democracy is mere empty talk. We both maintain democracy is an internal affair by nature, and don’t accept unsolicited lecturing on democracy. We both have made great progress in exploring paths to democracy that suit our national conditions, and firmly oppose any attempts by anyone to impose a certain mode of democracy on us. We both put people first in our concepts of governance, which lies in the core of democracy. We both have developed effective governance system, in a view to better fulfilling democratic rights of the people. Lastly, neither of us was invited to the “Leaders’ Summit for Democracy”, which does not prevent us from being democratic though. Rwanda’s systematic arrangements for democracy, including a mature election system, institutionalized national dialogues and an accountability system for functioning of the government, speak for themselves. Together, China and Rwanda can do a lot to enhance exchanges of experience in governance and promote international democracy in international relations, thus making the world a better place for us to live in.

Chinese Ambassador to the Republic of Rwanda

Second Term: How Students Showed Up