Covid-19: China Urged To Change Course, But Why Fix A Policy That Isn’t Broken? 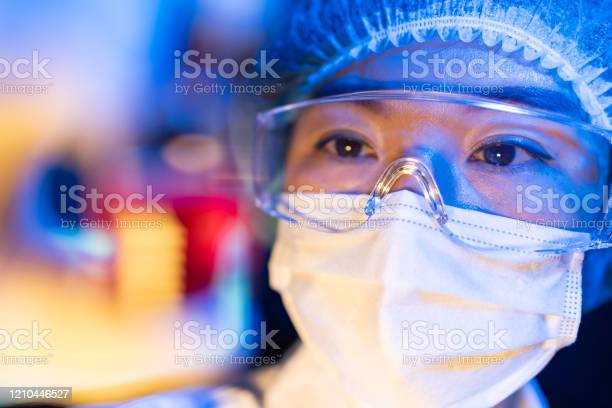 China’s undoubted success in combating the SARS-CoV-2 pandemic has discombobulated many Western commentators, who are loathe to acknowledge it, and credit the country’s policies. Now they seem to sense an opportunity for an I told you moment, offered by the new Omicron mutation. But why would China abandon a policy that has made it the only nation to have successfully contained the pandemic.

It is like a game of who blinks first, as Western media, and commentators, almost hysterically, will China to abandon the country’s “zero covid” policy.

The rest of the world is learning to “live with Covid” but China sticks to a zero Covid approach, that is not sustainable, is the constant refrain.

With the arrival of the highly transmissible Omicron, the outcry at the China’s policy is reaching fever pitch. The country, they say is risking economic disaster, if it does not change course.

They point to scaled down economic growth projections for 2022. Goldman Sachs forecasts a growth rate of 4.3% from 4.8%, about half last year’s growth rate. The lower projections are put down to strict anti Covid-19 measures, especially lockdown.

Concerns are sounded about supply chains being disrupted, as movement in and out of areas like Henan province, which recorded Omicron infections are restricted, or stopped altogether.

The policy is criticised as both “controversial” and unsustainable. There is almost gleeful anticipation that it will break down, at some point and be abandoned, that China will accept defeat, and fall in line with the Western world’s response.

These voices have now been buttressed by the head of the International Monetary Fund (IMF), Kristalina Georgieva, expressing fears, that the zero covid policy posses a danger to both the Chinese, and the global economies.

China is trying to show it has a superior political system, President Xi Jinping is trying to consolidate his power, and lately, with the Winter Olympics opening in a month’s time, that China is maintaining the policy, to showcase a successful Winter Olympics to the world.

The West projects motivations on China, that reinforce their view of the country, and almost entirely dismisses China’s clearly stated basis for their policy to combat Covid-19.

We are unlikely to ever know the extent of the suffering China endured at the beginning of what was a then unknown epidemic, but we know that it was traumatic.

They learnt quickly. They were the first to introduce restrictive measures to contain the then unknown virus. They decided to follow scientific advice, to the letter, without compromise.

And nothing China did was new to epidemiologists. What was new, was that now a country was putting those measures in practice.

Opinion in the West politicised China’s approach, almost immediately, only later, for the entire world to adopt the very same measures.

The difference, then, as now, is that much of the West applied the measures, only in part, often half heartedly. They fretted about what it would mean for the economy, and did not communicate the unvarnished truth to their populations.

The end result is that China, with over a billion souls, now has one of the lowest Covid-19 death rates in the world, their economy has recovered the best of all industrialised nations.

Their approach was starkly simple: follow the science, and put the safety of people first. Not for them the sophistry about the human cost of an economic recession. It is an approach that has paid dividends. China is now the only country that can claim to have fully contained the virus.

Their policy has worked. They continue to apply it, not to show that their political system is more superior, not because President Xi Jinping wants to consolidate his power, but because it works.

The irony of course, is that it is the West that began to use the response to the virus as a measure of political systems, with China’s Covid-19 restrictions, decried as totalitarian, impinging on the rights of the individual.

The zero covid policy has its imperfections of course. The Chinese government is aware of that, and many objections were raised against it internally. But what is rarely acknowledged is that the Chinese population trusted its government, and accepted that difficult as they were, the measures were to protect the people.

Nor was it lost on the government, that uncompromisingly tough restrictions, would have a deleterious effect on the economy. And given China’s position as the second biggest economy in the world, they well knew that any impact on their economy, would be felt by the rest of the world too.

But despite all of that, they have decided that putting people’s safety first, was the best approach, a judgement that has been amply vindicated.

And they keep learning, monitoring the virus, keeping track of Covid-19 policies around the world.

It may turn out that the world cannot completely eliminate the virus, as many experts, including some in China are now suggesting, that the virus is going to be a permanent feature of our lives.

China is alert to all this. Experience suggests that if they need to change course, they will do decisively.

Until then, why change a policy that has worked better than any other in the world, because others deem it “controversial.”

And who decides what is controversial, and on what basis? What is more controversial, to make a conscious decision to ease restrictions, knowing that a given number of people will die as a result, or to adopt a policy of “zero covid” even if, in spite of your efforts, deaths do occur?

If, or when, it comes to deciding whether or not to “live with the virus” China will find its own way of doing so.

Given their success in combating the pandemic, surely the world would be better off monitoring, and learning from the Chinese approach, instead of perpetuating a predictable view of China, a view moreover that fails to keep up with a country that is never standing still, that is ever evolving.