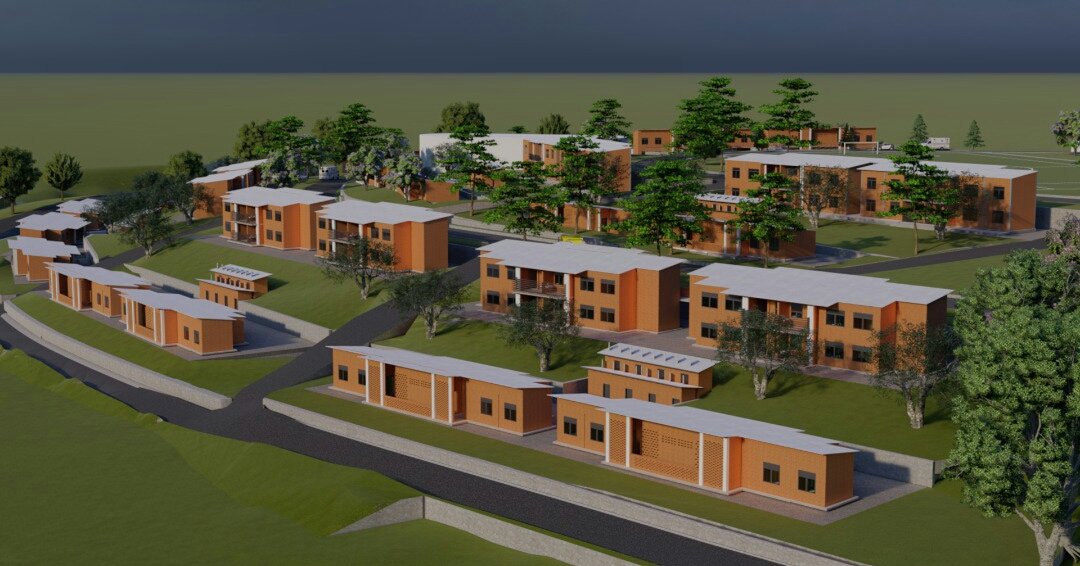 The government in partnership with the Green Gicumbi project is currently constructing 200 green and climate-resilient houses for Gicumbi residents who were relocated from high-risk zones.

The greenhouse settlements, to cost Rwf1.6billion, can be classified as a model village, but the first of their kind that is aimed at saving both lives in danger and the environment.

Fulgence Dusabimana, in charge of infrastructure projects at Green Gicumbi project, says that beneficiaries include the vulnerable families in Ubudehe 1, Ubudehe 2 categories relocated from high-risk zones but not far away from their former homes.

“The project is designed in a way that the relocated families remain within their locality. This is a new model being tried out here but also will enable the beneficiaries to stay comfortable in their new homes,” Dusabimana said.

A Senate report released last December indicated that some citizens who have been relocated in Integrated Development Program (IDP) model villages have not been fully settled in the villages despite the fact that most contain fully-fledged infrastructure such as roads, water, electricity, health, education, social and recreation amenities and others with communal income-generating activities.

“We realized that by relocating the beneficiaries to a nearby area, they won’t feel so isolated or feel far away from the areas they have livelihood and business activities,” Dusabimana explained.

In this way project officials said that the green housing project, which already has an existing school and health center services around, will gradually see the community build its own needs such as a marketplace among other amenities that come with settlements along with a planned road network in the area.

The green housing project, in Rubaya and Kaniga sectors, is expected to be completed in two years, and currently employs over 3,000 residents including some of the beneficiaries (majority being women).

Green Gicumbi project Director Jean Marie Vianney Kagenza said that the beneficiaries will receive additional support such as cows and start horticulture farms around the village.

According to the construction plan, the housing material being used will only be made of environmentally friendly material such as Ruliba bricks made out of eco-friendly and green energy production lines instead of bricks made by burning more tree fuel.

“We will not use tiles or iron sheets which are not environmental friendly, because the objective is to have every material as green as possible and this includes construction that accounts for the direction of the sun and wind,” Dusabimana noted.

Beneficiaries like Sophia Uwanyirigira said that having a new home near her former settlement is like a dream come true.

“It used to rain and we would seek shelter at school. It was impossible to think of saving funds to shift to a safe place and when they told us about this project, I saw it as a dream come true,” Uwanyirigira said.

According to district officials, the beneficiaries will also be connected to on-grid energy instead of solar energy, because the village is constructed in areas that are already designated for electricity connection.