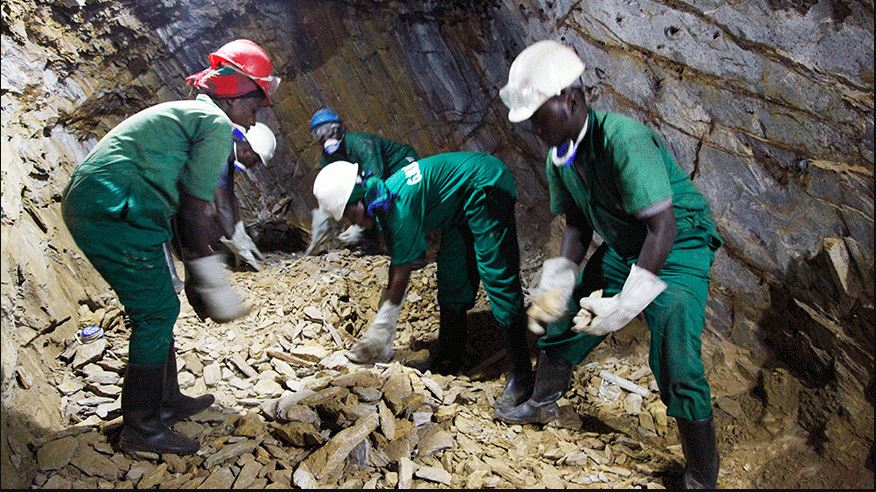 A new survey conducted by National Commission for Human Rights has indicated several gaps in the local mining sector, including employers that do not grant maternity leave for miners, a violation of the Human Rights and labour law.

The survey was conducted in October last year and published on 28 January 2022. It was conducted in 91 mining sites located in 15 districts of the country including Nyarugenge, Bugesera, Gatsibo, Kayonza and Karongi districts.

According to the survey, many sites do not grant maternity leave to the workers due to their informal employment conditions, they work without contracts.

“There should be policies that support women in a physically friendly environment during their work. It is one way how females, whether investors or miners can be influenced to join the mining sector. Employers should give contracts to their miners. Secondly, they should be treated in the manner that respects Human rights,” Benard Nsanzimana, Head of the Rwandan Women In/And Mining Organization (WIAMO) said during presentation of the survey findings in Kigali, January 28.

“This new survey has created a way for the establishment of the gender strategy for Rwanda’s mining sector. This policy is underway and we hope all of these issues will be solved. It would be good to see all the mining sector having change rooms for the female miners, women need hygiene. I mean places where they can change their clothes after work, or whenever they want to,” Nsanzimana added.

According to Nsanzimana, these gaps are responsible for the low numbers of women in mining sector, but also the community stereotype that a woman cannot go into mines to work with men.

The survey indicated that 83.5% of visited mining sites have female workers, but they are less represented compared to men. The women mining engineers are 26.23% while the site female owners are 5.41%.

“The free time for breastfeeding endowment was confirmed at 78.5% of respondents; The female reserved place is available in 72% of all assessed sites. Many sites do not grant maternity leave to the workers due to their informal employment conditions,” the statement from the survey reads.

“The new survey comes after the one conducted in 2014, many things improved in the mining sector, on different things including mining equipment, welfare of workers, reducing accidents and child labour. There is a general improvement,” Marie Claire Mukasine, Chairperson of the National Commission for Human Rights said.

“Some of these gaps are caused by employers who do not give contracts to the mine workers. The failure to give them contracts creates room for Human right violations.” Mukasine said.

According to Mukasine, the gaps indicated by the survey will be sent to the Rwanda Mines, Petroleum and Gas Board (RMB) to be worked on.

“We are thankful to the improved areas. The survey has indicated true information, women are few in the mining sector,” Dushimimana said.