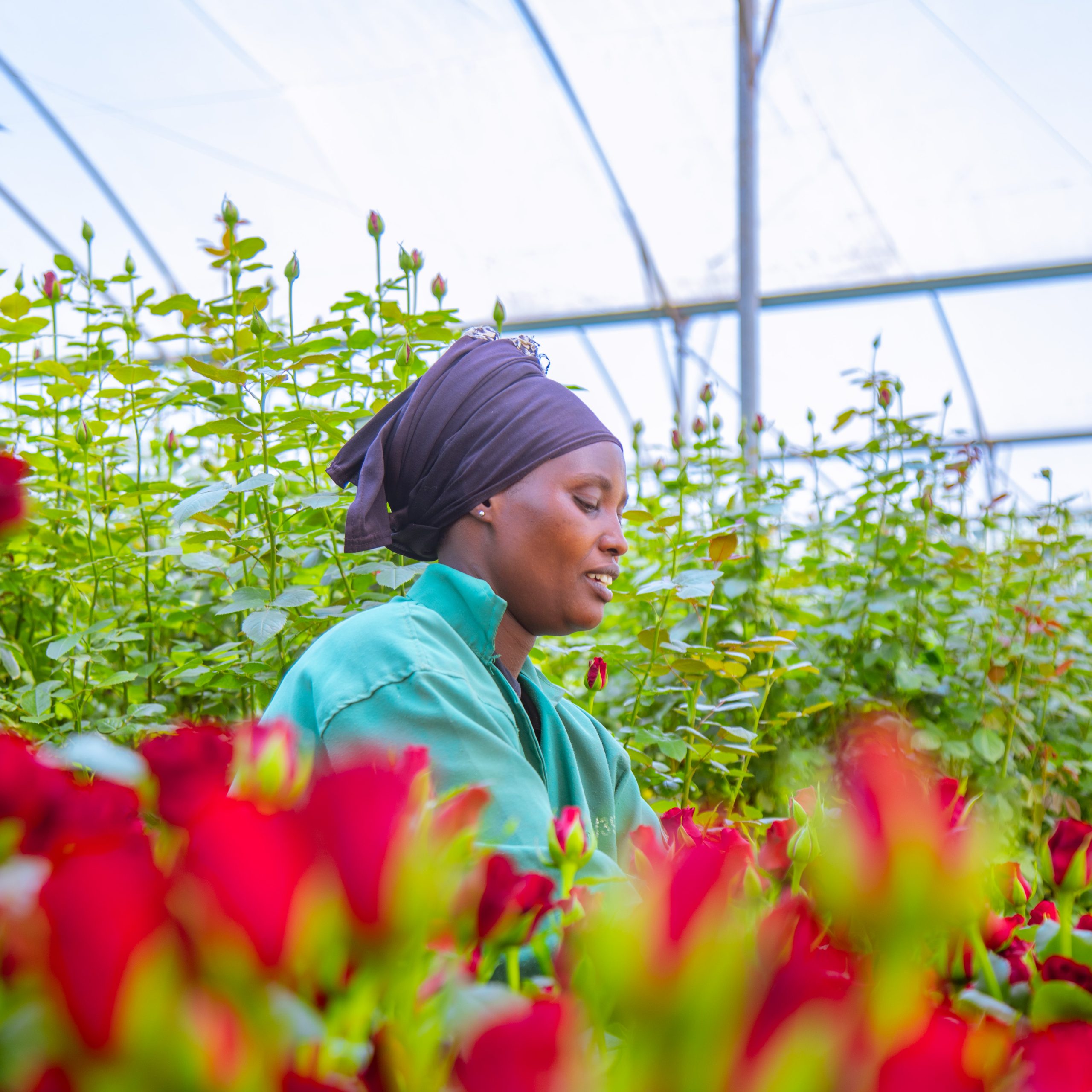 From the beginning of a visit to Bella Flowers in Rwamagana district, Eastern province of Rwanda, you understand that science applies when you want to grow flowers that will make a soul happy.

Spraying, irrigation and other technics in this controlled farming environment, everything is done on a strictly calculated dosage right from grafting, then nursery and hardening.

Those technics constitute initial activities of preparing 16 varieties of roses that spend nearly a decade producing stems that make happy a family member, a friend, a fiancée, or a mother/father, son or daughter of someone from Kigali, Amsterdam, London, the Far East and way beyond.

The plants start initial growth in small containers of cocoa peat, a media that is largely used in nursery due to its permeability which allows seamless absorption of water and development of roots more than soil.

“At the beginning, the amount of water in irrigation is in a form of fog. The sunshine, moisture, pesticide and more, everything is calculated in accordance with scientific standards and results we envisage in a long run,” Jean Claude Rwema, Production Manager at Bella Flowers said. 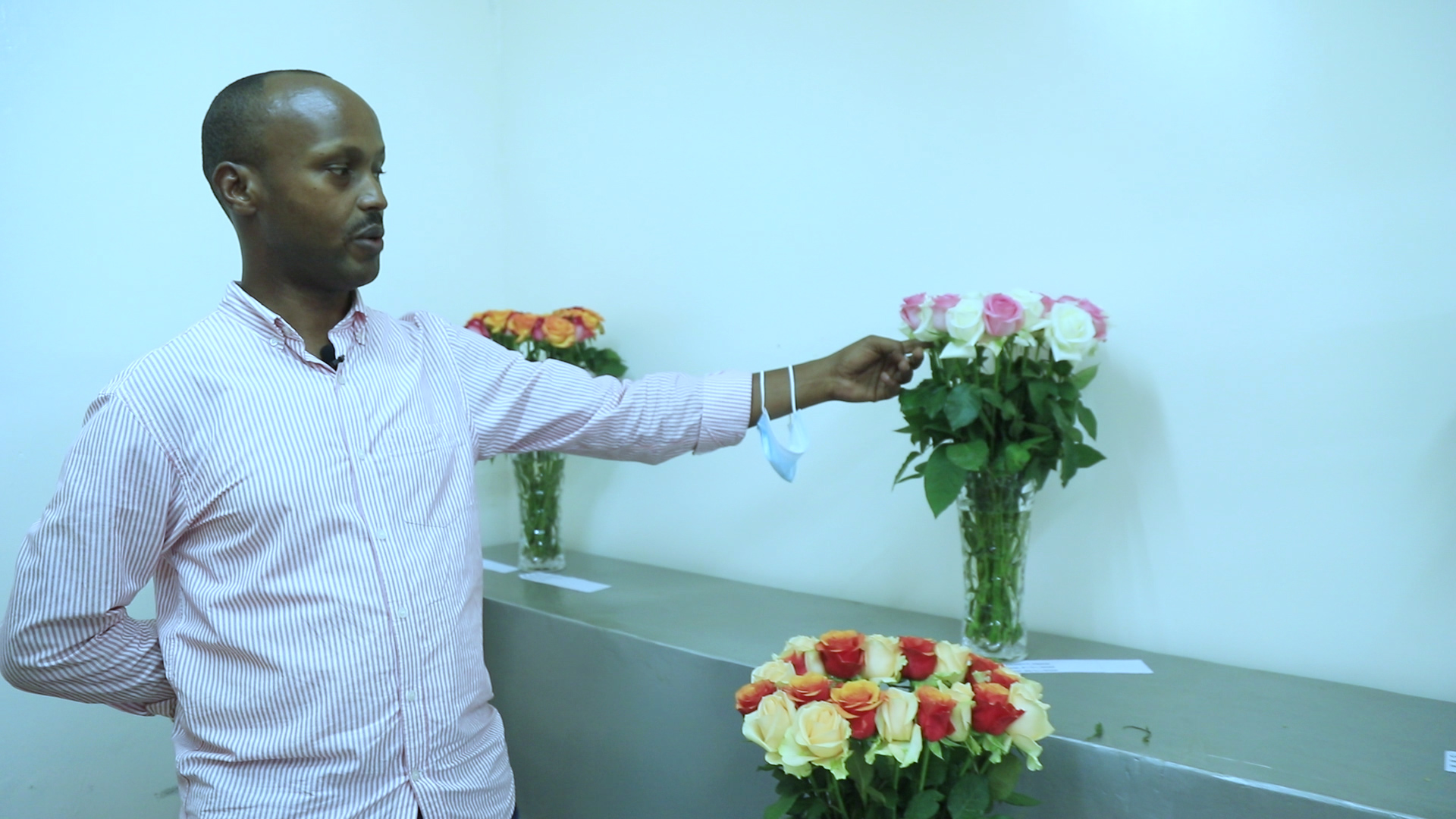 Rwema was the tour guide during our visit to the 100 hectare Bella Flowers farm and post-harvest operations early this year.

In hardening, plants are submitted to conditions that can allow them to grow while resisting to several conditions in green houses.

The stage is followed by planting where Bella Flowers wait for 90-100 days before the first harvest.

A lot happens from planting to harvest, a process that created jobs for an estimate 1000 workers, making the company the biggest employer in the Eastern province. 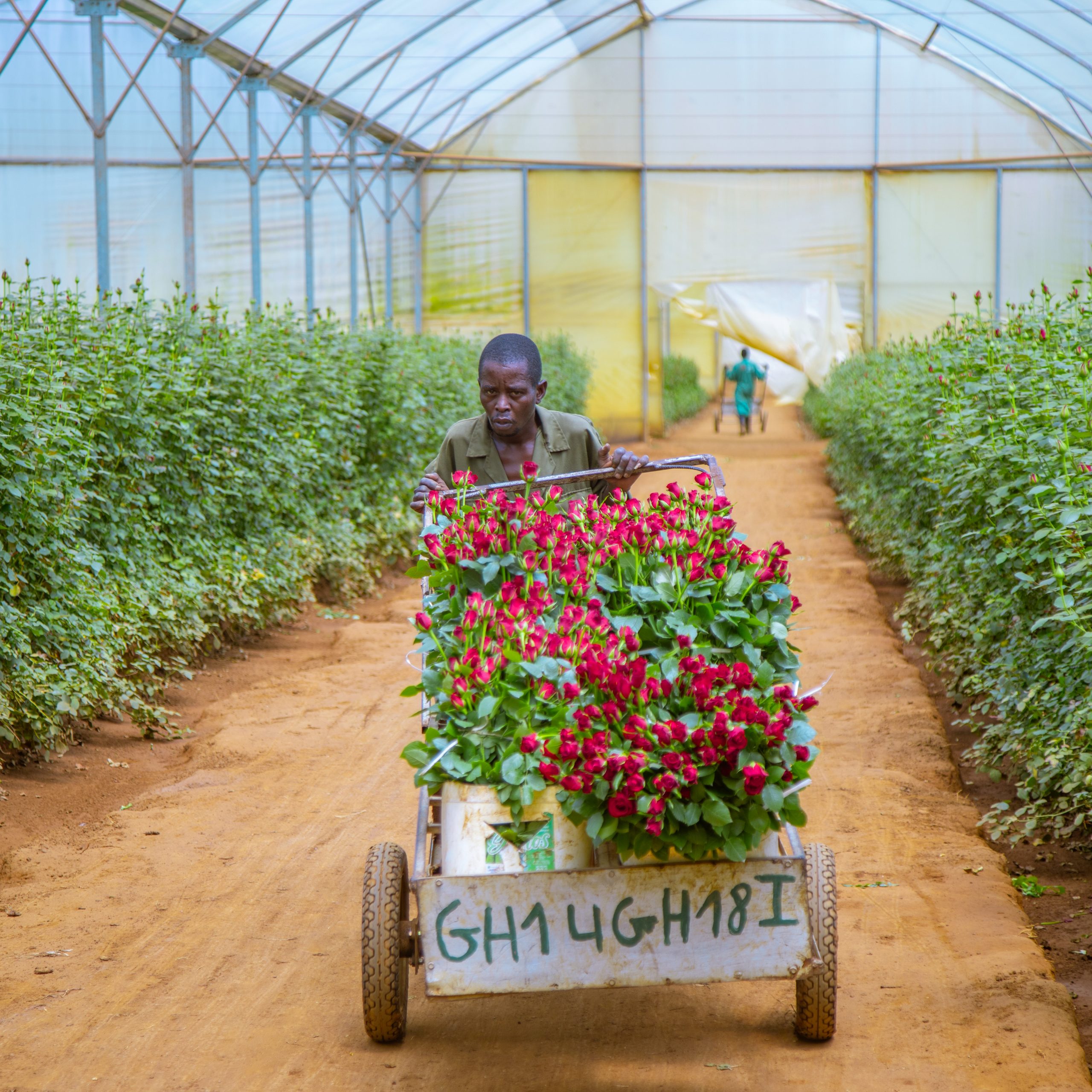 Irrigation constitutes a key component at Bella Flowers where on a daily basis, it costs the company between 20 cubic meters to 40 cubic meters of water which is channeled from Lake Muhazi, one kilometer away.

There are at Lake Muhazi, six pumps that fill Bella Flowers’ three dams estimated to 6000 cubic meter capacity each.

“We have equipment that shows us the amount of water that evaporated during the previous irrigation which informs us on volume of water we should use in the following irrigation,” Rwema said.

For every millimeter lost, Rwema will add 10 cubic meters on the following irrigation session.

Bella flowers production include sixteen varieties and Rwema plans his farms and harvest in accordance with market demand.

“On Women’s Day in March and Mothers’ Day in May; pink and cerise must be available in plenty. White should be abundant during Christmas season and so should be red on Valentine day,” Rwema said.

“Yellow is most popular on Easter.” 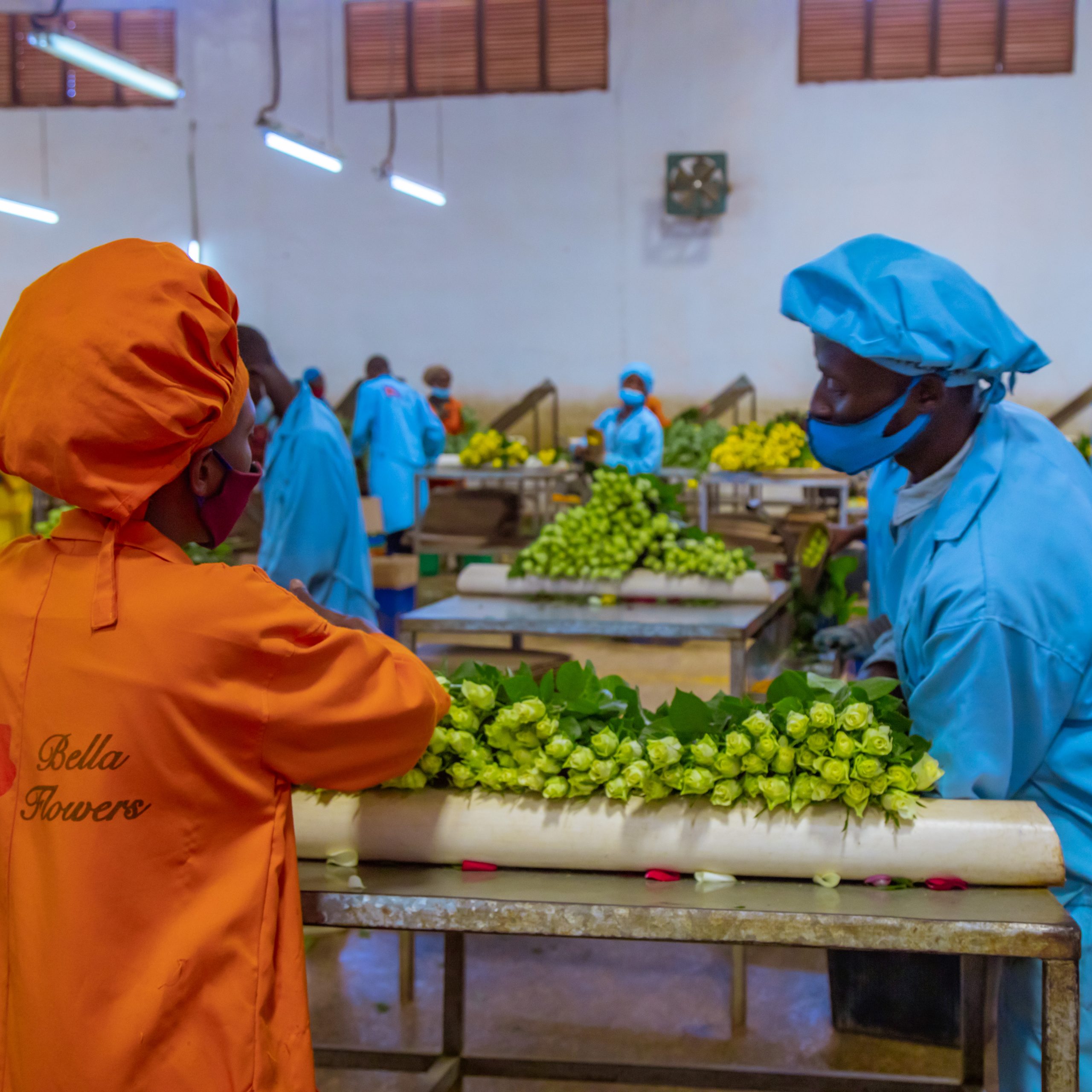 Despite these strategies however, harvest at Bella Flowers has set a minimum of 200,000 stems per day.

To meet the target, production department has been divided into three sub units including (1) crop husbandly, (2) pest and disease control and (3)fartigation (irrigation and fertilization) or crop feeding.

Crop husbandry unit is probably the biggest unit which is in charge of daily activities of the plant, including weeding and other required cleanness. Every worker in this sub unit is in charge of 15 beds. They work on a target of producing a minimum of 180 stems per square meter per year.

On the other side, fertigation unit could involve the smallest team because irrigation and fertilization input are channeled through one drip line and are computerized in a thoroughly monitored system.

The post-harvest process is even more sensitive. Before entering the roses into the cold-room for pre cooling, the quality controller will check quality of every stem and identity of the harvest. 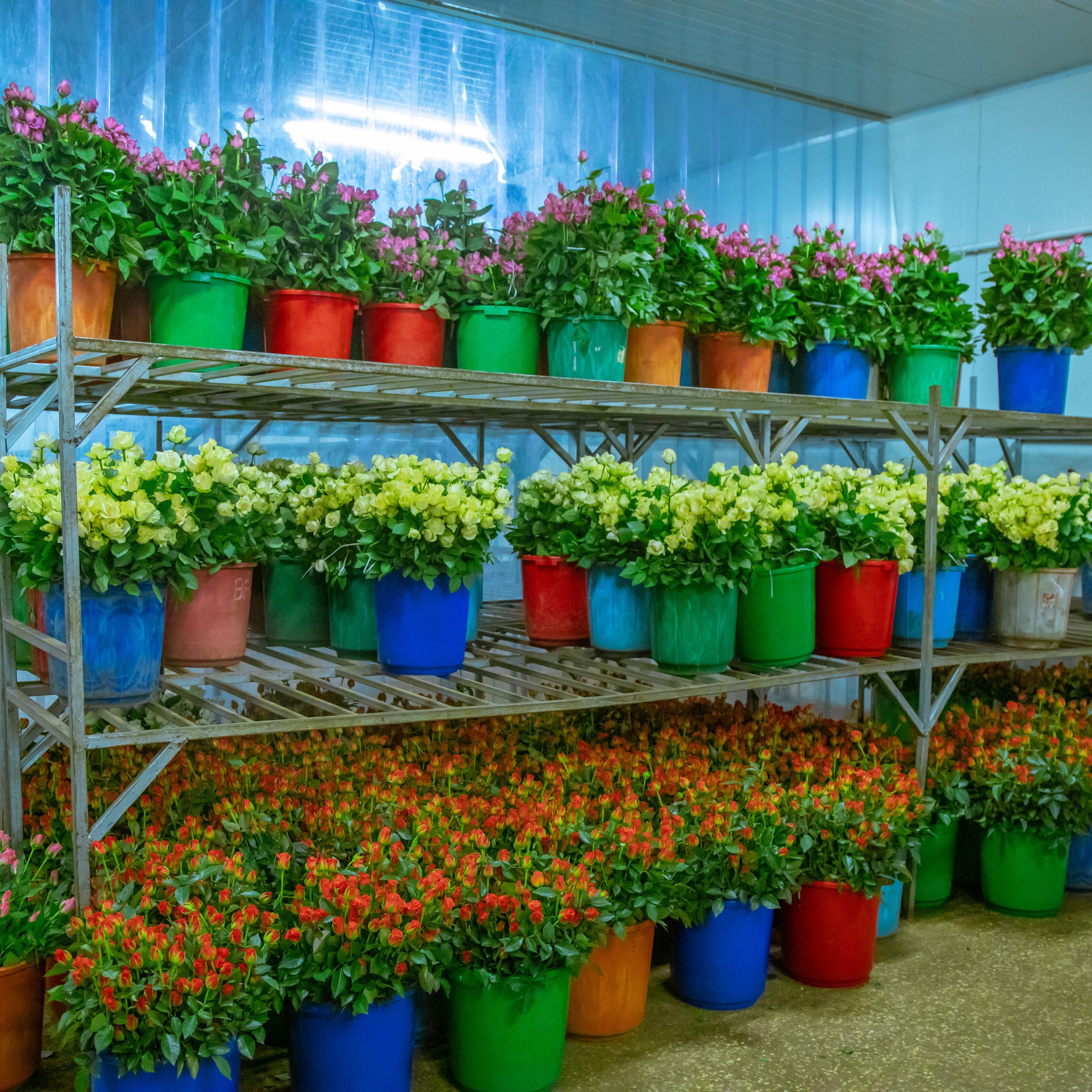 After pre-cooling, the stems will be taken out for defoliation then sizing that puts stems with the same size together.

The sorting will bring stems with the same open stage together and from there, another process will involve bunching in accordance with specifications of the client. 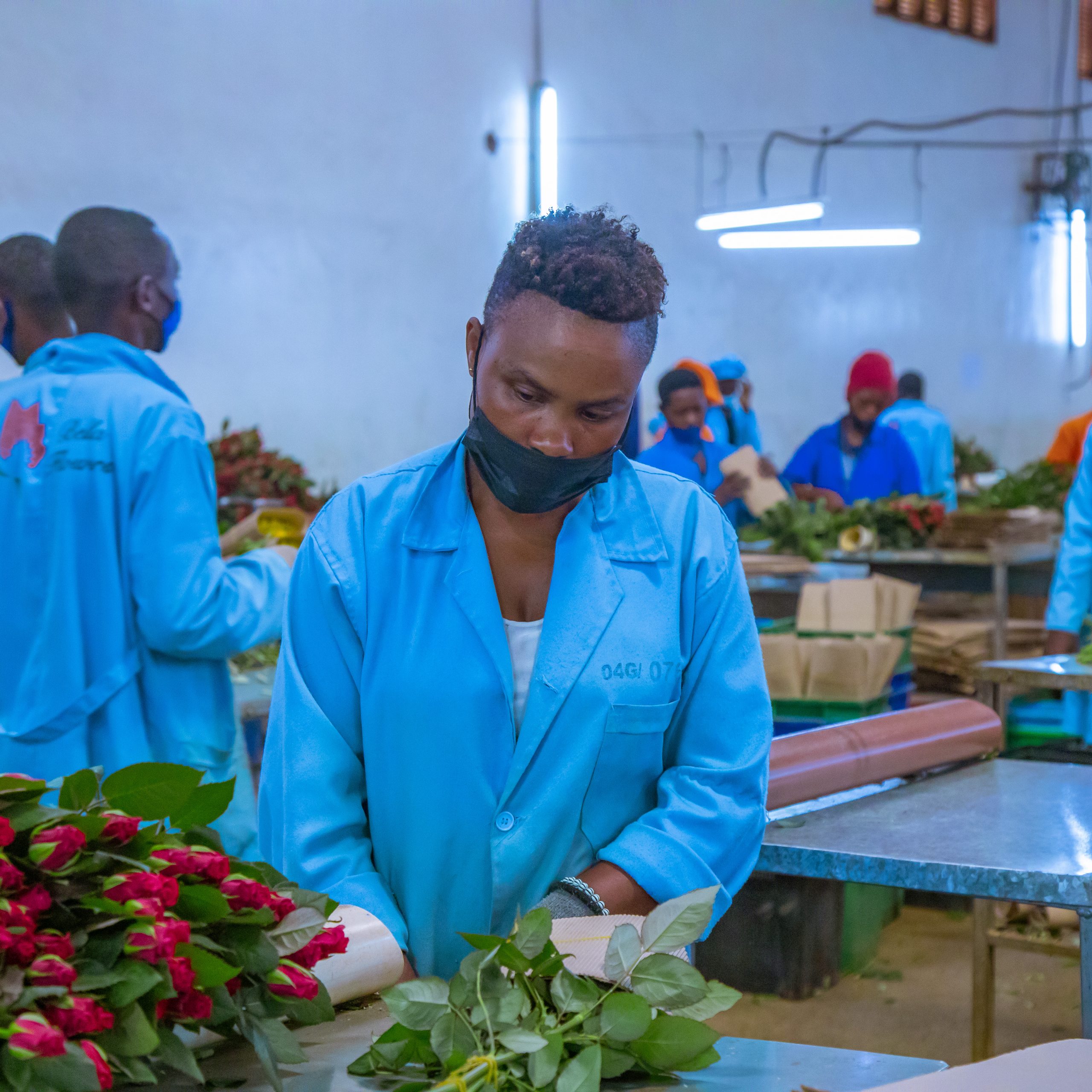 Some clients may prefer 10 stems, others 20 stems per bunch or so.

After this, flowers are packaged and sent to the cold room pending shipment.

Meanwhile, Bella Flowers has got a system of traceability which would allow addressing a potential complaint from a client.

Whenever necessarily, they go and start from green house level to trace an issue and they follow it up until the laboratory level.

The company also has internal auditors who will regularly check compliance with standards.

In 2014, the cabinet approved Bella Flowers with two shareholders including government with 75% and another shareholder with 25% stakes. However, the later would sell all the shares to government.

The production started in 2016 on this farm which has now grown to 100 hectares. 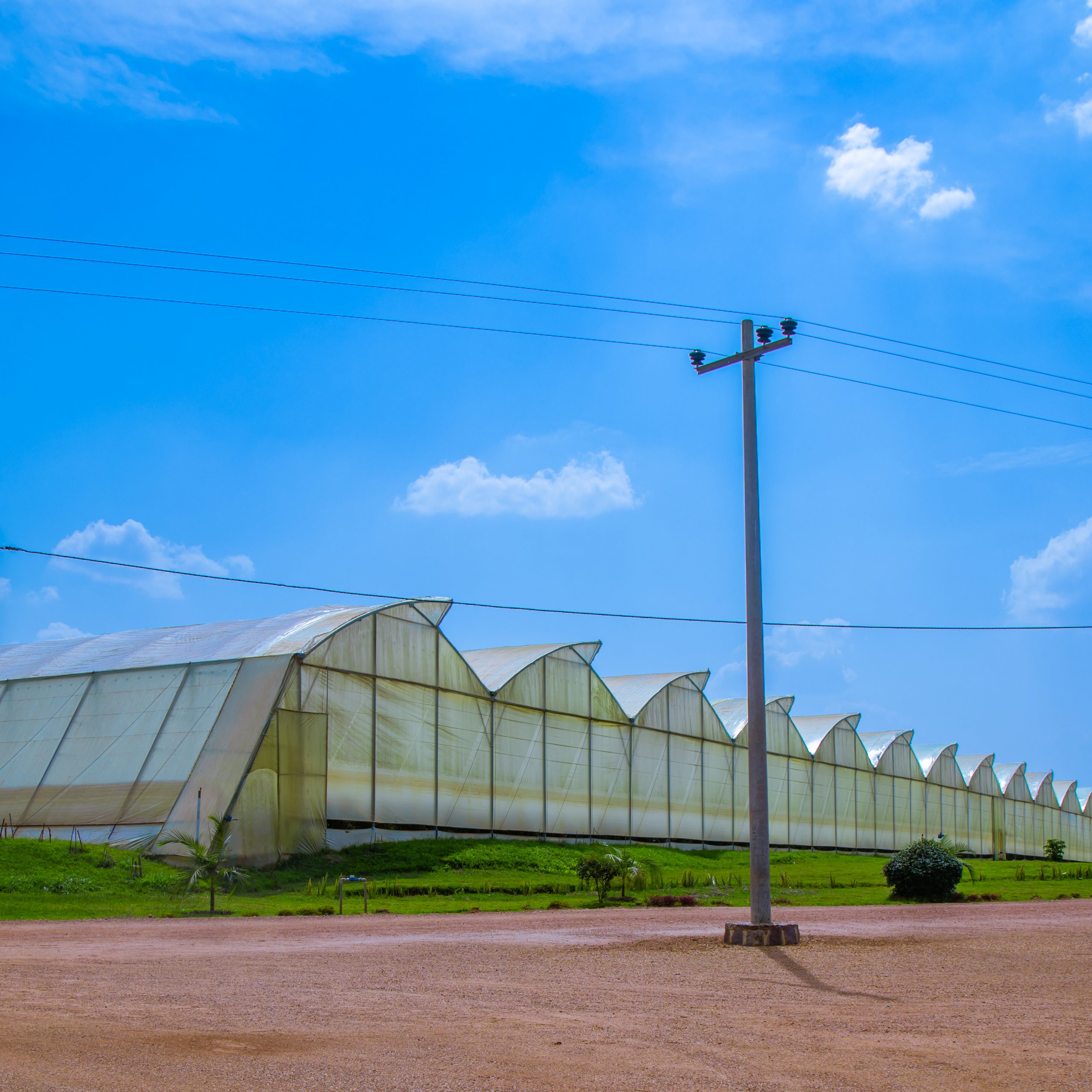 Flowers are now grown on 45 hectares, but streets, water reservoirs, staff houses and other spaces bring the whole space to 100hectares.The company will soon acquire another 11 hectares worth Rwf 3 billion.

“That means the project is good. You may understand that we are the biggest employer in Eastern Province, with now 1000 workers,” said Nyirigira Emmy, the Chief Executive Officer of Bella Flowers.

“The future of this project is good. The government seeks three things in its investment: job creation, paying taxes, foreign exchange where nearly 90% of our production is exported.”

Nyirigira said, that in 2021, their production amounted to 72 million stems where they expected Rwf 10.5 billion. Out of this, they were able to raise nearly Rwf 8 billion due to the shocks of COVID-19 including suspension of flights.

According to Nyirigira, Bella Flowers is challenged with import of most of equipment and tools, which largely affects their production and return on investments.

“Even the buckets we use are imported. Our thinking is that entrepreneurs may do market assessment and see how they can contribute to our industry,” Nyirigira said.

“We also tried to find packaging boxes on the local market, but we could not find boxes that meet our standards.”

Bella Flowers is now seeking to engage the shareholder so that they start production of equipment they need.

“It would be a centralized economy, but if investors take long, we will have to look into it,” he said.

Of all challenges however, Bella Flowers raises a concern of transport. 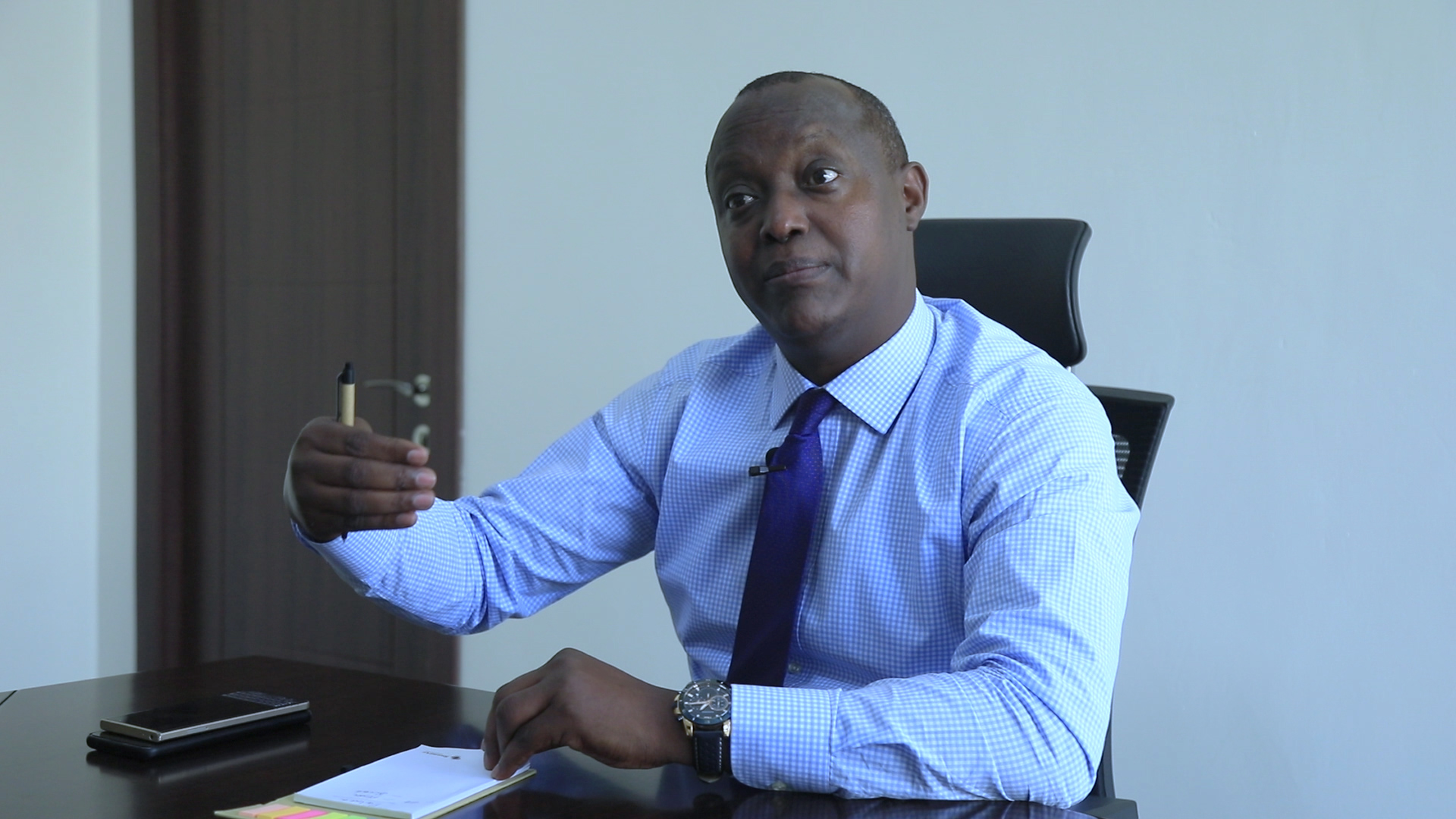 Nyirigira said that at the beginning, they used to pay $1.2 per kilogram and this has grown to $1.8 at the only national carrier-Rwandair.  However, elsewhere, they may have to pay $4-$6 per kilogram.

The challenge is mainly, that Rwandair operates only three flights per week in the destination of their flower markets.

“That means, when we are not able to ship flowers on Friday, then we wait until the following Tuesday,” Nyirigira said.

Meanwhile, the carrier does not always take the whole production. With 10 tons, they may pick 2 tons and with all these concerns, the wish of Bella Flowers is to have their own cargo.

“If we had a cargo plane, this would solve all transport issues.”

In August 2021, Bella Flowers was registered at Amsterdam flower Auction and the company is now present on four terminals – sell points in the Netherlands.

“We have an agent who repackages flowers before auction. Our presence to the auction is fantastic,” Nyirigira said. 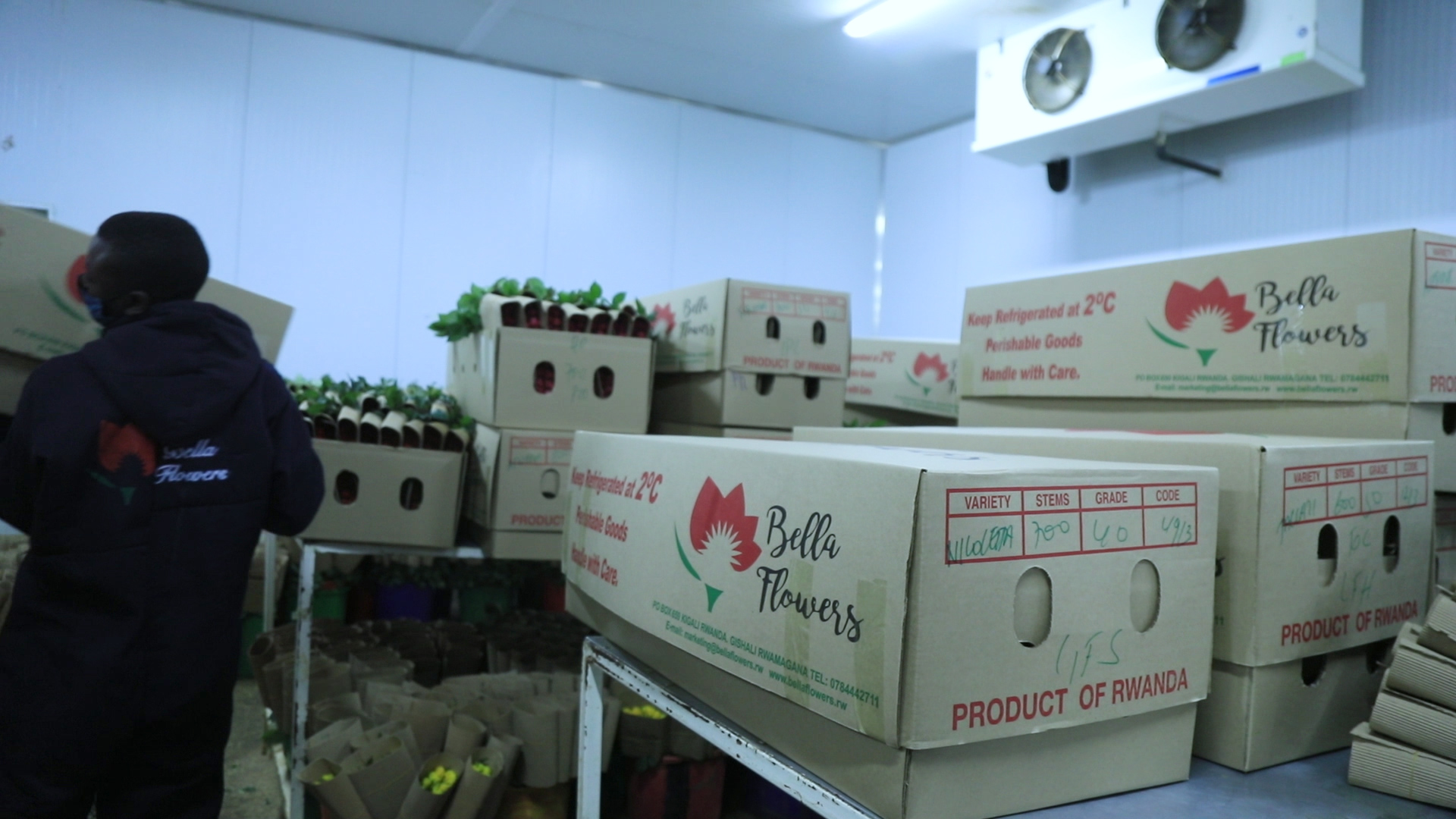 At this auction, a bunch of flowers is estimated to $ 3, but this may change from a season to another.

“Previously, it was hard to track international market price, but with the auction, everything is clear, transparent and payment is a click away.”

Nyirigira estimates Bella Flowers net worth to Rwf 30 billion. To expand their presence on the local market, the company is planning to introduce a market strategy which will include super dealers, dealers, and flower retailers.

“Our community should not continue to depend on plastic flowers. We have got all it takes to supply the whole country,” Nyirigira said.