All You Need to Know About Miss Rwanda 2022 Grand Finale 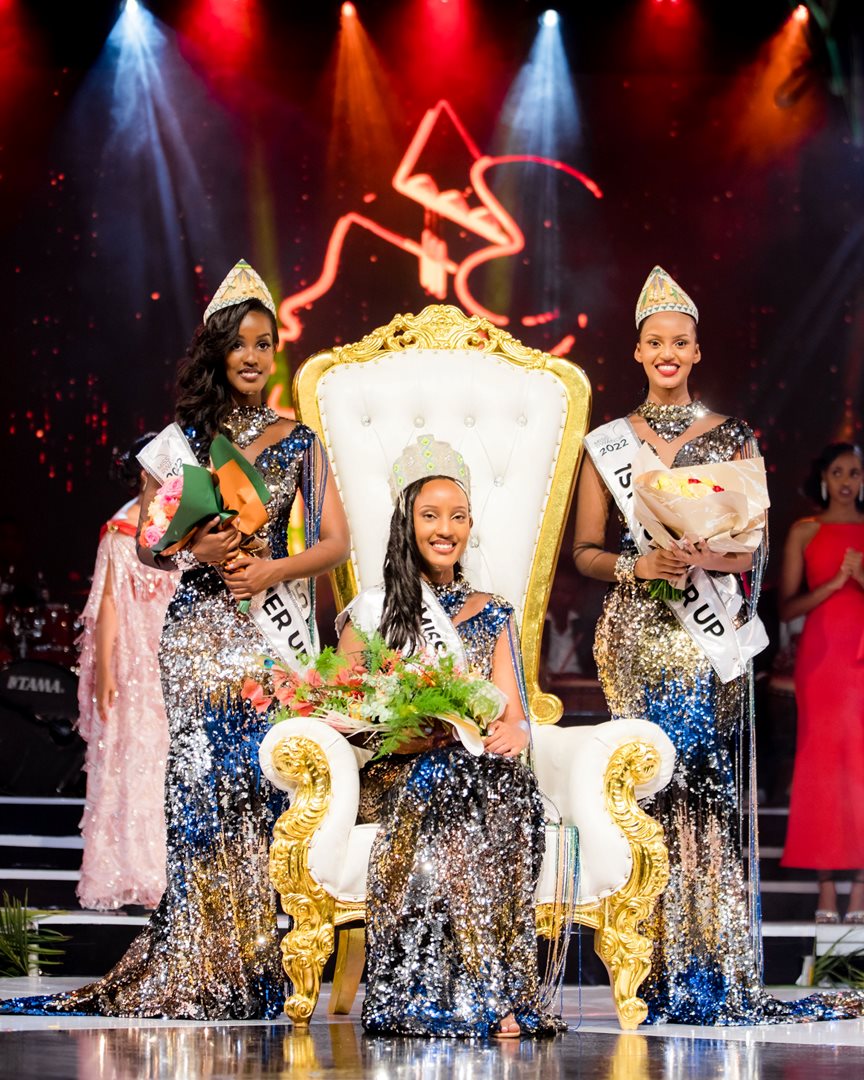 Miss Rwanda 2022 and her runners-up

It was a spectacular night at Intare Arena last night filled with glitters and glamour as hundreds showed up for the most popular event of the year Miss Rwanda(2022) grand finale.

Hundreds started showing up at Arena as early as 5PM for the grand finale and they included parents, family, friends and supporters of 19 beauty queens contesting for the crown.

Fans of one of the contestants called Divine Muheto outshined others outside the premises and inside Arena as they demonstrated their love for the contestant by donning t~shirts with Muheto’s picture on.

At the entrance, the first thing was Covid-19 rapid test as nice looking ushers with Miss Rwanda t.shirts welcomed revelers with a killer smile accompanied by verifying the tickets to ensure where each of the guest belonged according to the sitting arrangements.

Contestants Kalila Leila Franca [No 23] and Keza Melissa [No 28] introduce themselves to the judges, audience and the viewers. #MissRwanda2022 pic.twitter.com/k2HJVGJtjT

After clearing, the usher would escort the participants to their respective sitting section according to the tickets.

Inside Arena, one was welcomed by a colourful décor from the sitting tables, stage, lights and sound. Immediately one would feel the first taste of grand finale before even the emcees and contestants hit the stage.

Once you get seated, good looking ladies and gentlemen would quickly approach you, greet you and ask for the order you would like to have like soft drinks, wine or liquor.

Meanwhile good music played by celebrated deejays Toxxky and Ira kept revelers in a jovial mood as they waited eagerly for the event to start which was getting late. 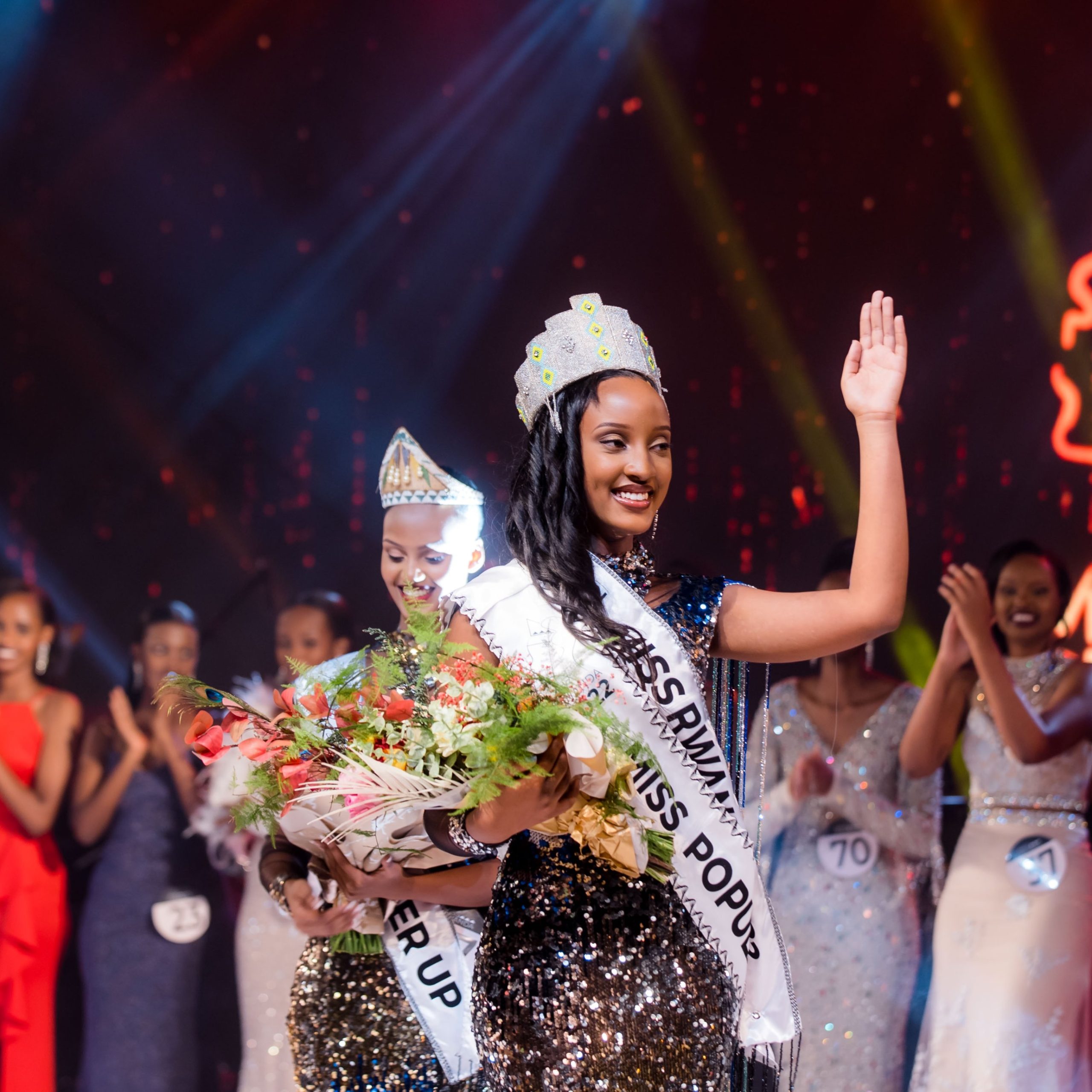 On the program of the day, the event was supposed to commence at 07:05PM, but it did lag behind because the emcee Martha who was dressed to kill came on the stage with her male companion at exactly 20:11PM.

The change of time affected the whole program which was supposed to end at 10:30PM, it ended up closing at 12:59PM.

The emcess introduced judges and called upon the stage contestants for a catwalk sensation.

The band composed of Nyundo music students hit the stage and gave the audience solace for the delay of the event as they danced modern dances and cultural dances as the audience cheered.

Some revellers were heard complaining that, it has become a norm for Miss Rwanda grand finale to happen in two days.

That aside, all contestants were looking amazing from head to toe and I think the designer deserve a drink for the well-done job.

It must have been a hard journey for the experienced judges to pick top 10, top 5, top 3 and later Miss Rwanda 2022.

One of the IT expatriates from America, Mr. JnVictor Brun was among the many foreigners in the country who came to witness the event.

“If Eve as a perfect woman was the most beautiful woman that ever lived then the garden of Eden must have been in Rwanda. The Miss Rwanda event was equally as beautiful in its execution and presentation. Murakoze cyane!” JnVictor Brun, Investor & Entrepreneur Mbouke Group. 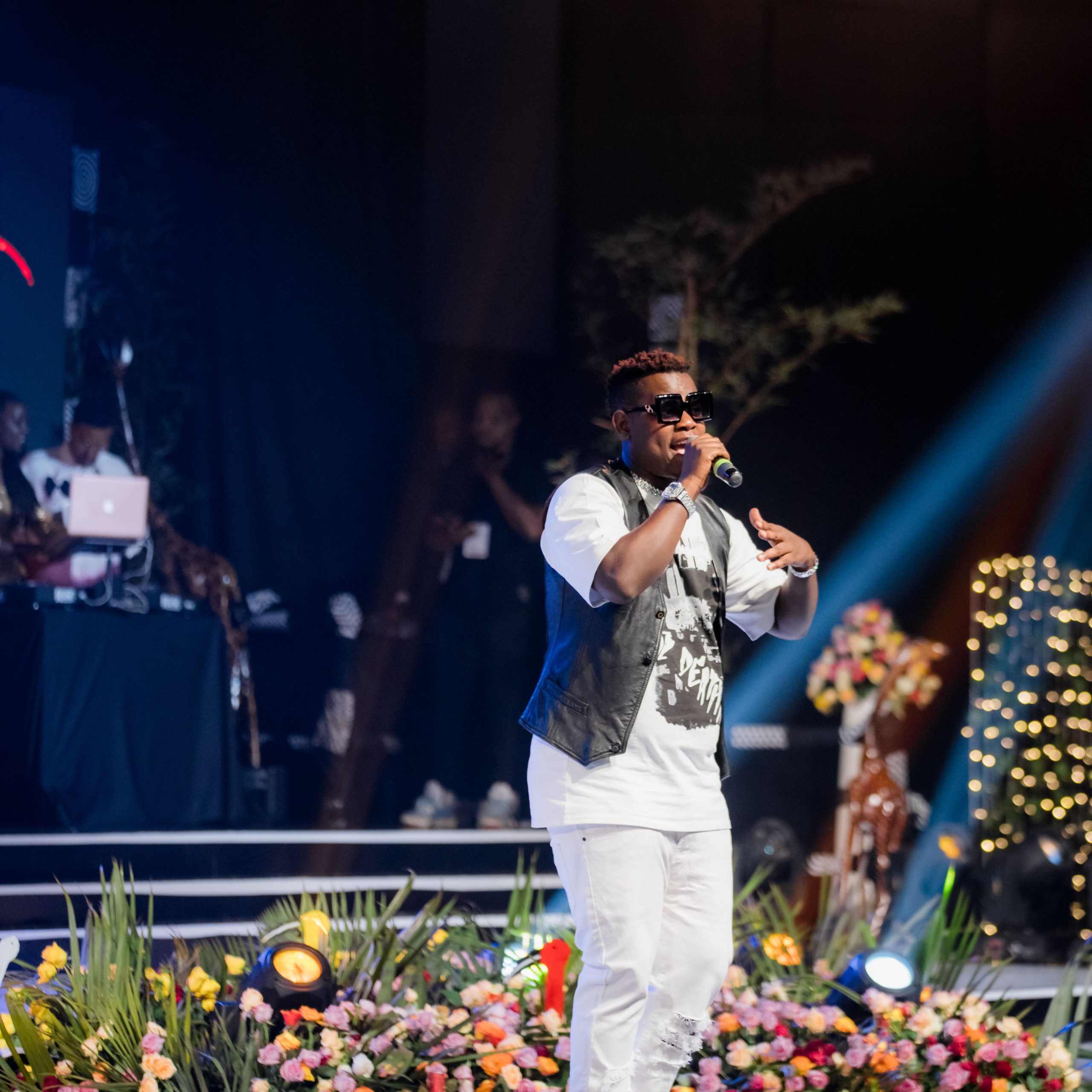 Bruce Melodie was the main actor of the night, he came onto the stage clad in white louis Vuitton golden sneakers, black shades and white pants and jacket.

He sung most of his hit songs like totally, Bado bado, Sawa sawa, Henzapu and Katapila, his super performance didn’t spare former Miss Rwanda queens Meghan, Lillian, Grace and even judges like Mutesi Jollly had to jam Bruce’s Melodies music.

After a series of question and answer Divine Muheto , 18 year old from Rubavu district was announced as Miss Rwanda 2022. 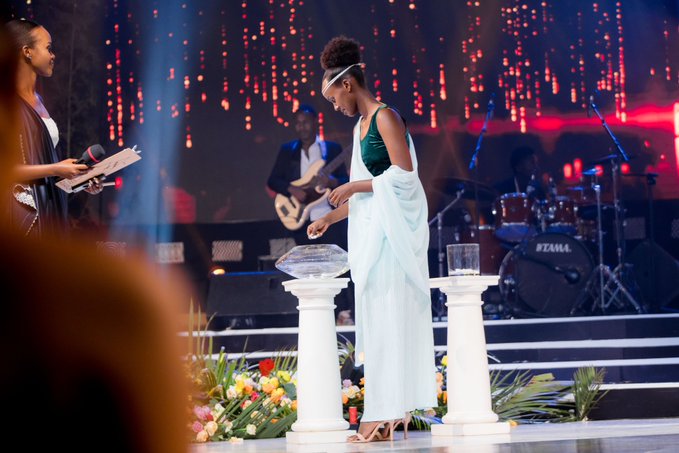 Kayumba Darina representing Kigali city, was the second runner up. She had demonstrated talents as a hardcore rapper during the event.

Keza Maolitha came as a first runner up.

A part from the top three, other positions were up to win and those include the best reproductive health initiative which attracted Rwf 2.4 Million to the winner, same as Sports’ challenge winner.

Meanwhile, the Bank of Kigali awarded the girl with best innovative project. She will among others, get Rwf 500,000 monthly salary during her reign of one year.

Her project will also be supported under Inkomoko entrepreneurship initiative. 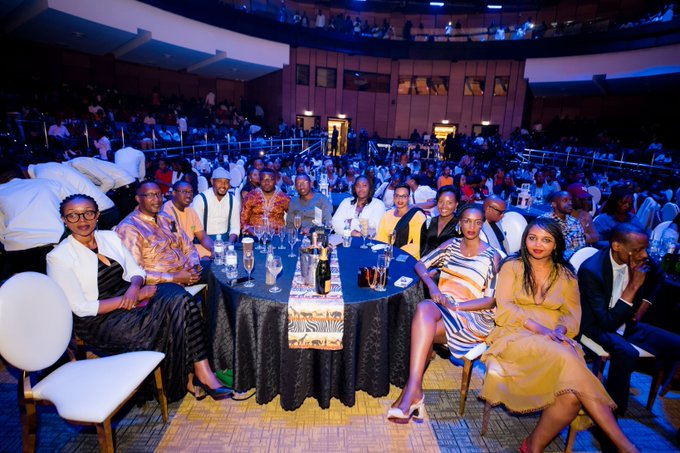 Apart from the hiccup on the side of the time, complaints of revellers not being able to order for food without having to move outside from the hall, Miss Rwanda 2022 grand finale was well organised in general.

Revelers had volcano buses to transport them to and from Arena.

Meanwhile, Miss Muheto did not get her brand new car on the spot as it has been the practice in previous years.

Who is Judge Niwemwiza Anne Marie?