Rwanda on Monday joined Commonwealth member states to mark the annual Commonwealth Day, just over three months for the country to the 2022 Commonwealth Heads of Government (CHOGM).

The day was marked with the hoisting of the Commonwealth flag, as the country joined other 54 member states to celebrate the annual day that is marked across the globe.

Commonwealth Day is an annual celebration observed by people all over the Commonwealth in Africa, Asia, the Caribbean and Americas, the Pacific and Europe.

The theme for Commonwealth Day 2022 centres around the theme for the forthcoming Commonwealth Heads of Government Meeting – ‘Delivering a Common Future’ – which highlights how the 54 member countries in the Commonwealth family are ‘innovating, connecting and transforming’ to help achieve goals like fighting climate change, promoting good governance and boosting trade.

“Today Rwanda joins other members of Commonwealth to mark the #CommonwealthDay2022. A flag-raising ceremony took place at the Kigali Convention Centre as a traditional part of the day and a demonstration of the connection between the member states,” the Ministry of Foreign Affairs tweeted. 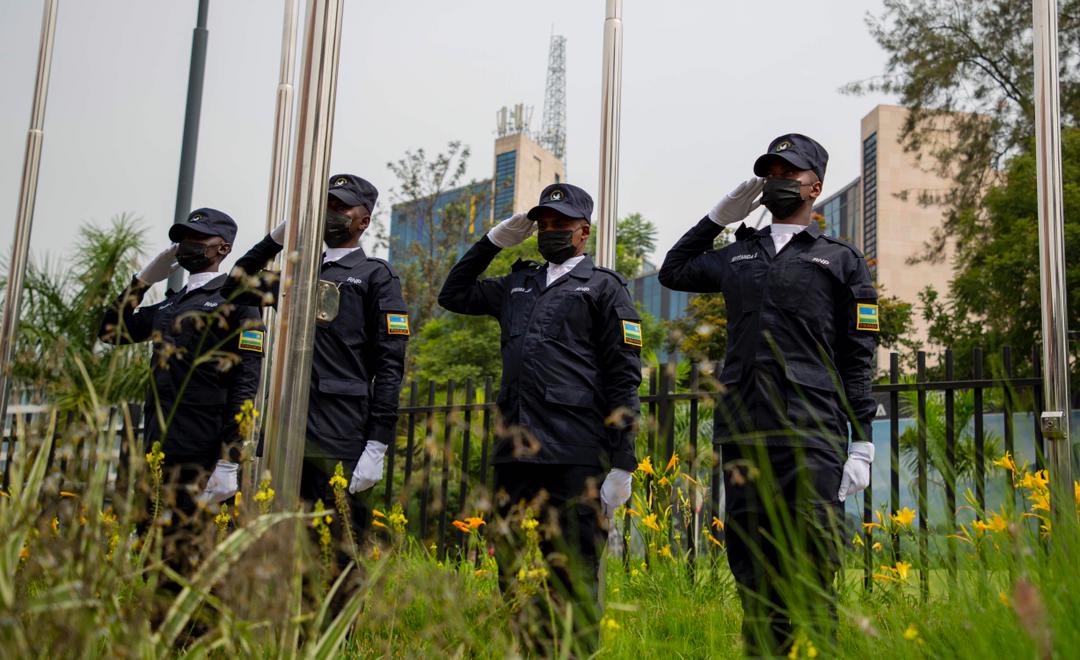 In an opinion piece, the Government Spokesperson, Yolande Makolo said that the day is a chance to come together to recognise the friendship and partnerships between a family of nations that spans across the globe.

“The theme of Commonwealth Day, traditionally aligned to the next Commonwealth Heads of Government Meeting (CHOGM) is ‘Delivering a Common Future’.”

“This message remains particularly resonant given what the world has been through in the past two years as Covid-19 has taken us backward in so many areas,” Makolo wrote.

She added that an increased number of young people around the world do not have access to quality education and are struggling to find decent jobs; gender inequalities have further deepened; and disparities still exist in access to technology.

“In addition, our planet is standing at the precipice of a climate crisis and the geopolitical landscape becomes ever more fraught,”

“The Covid-19 pandemic has also highlighted, for better or for worse, the interconnectedness and interdependence of the international community. It is clear that cooperation and solidarity between countries are needed more than ever,” she added. 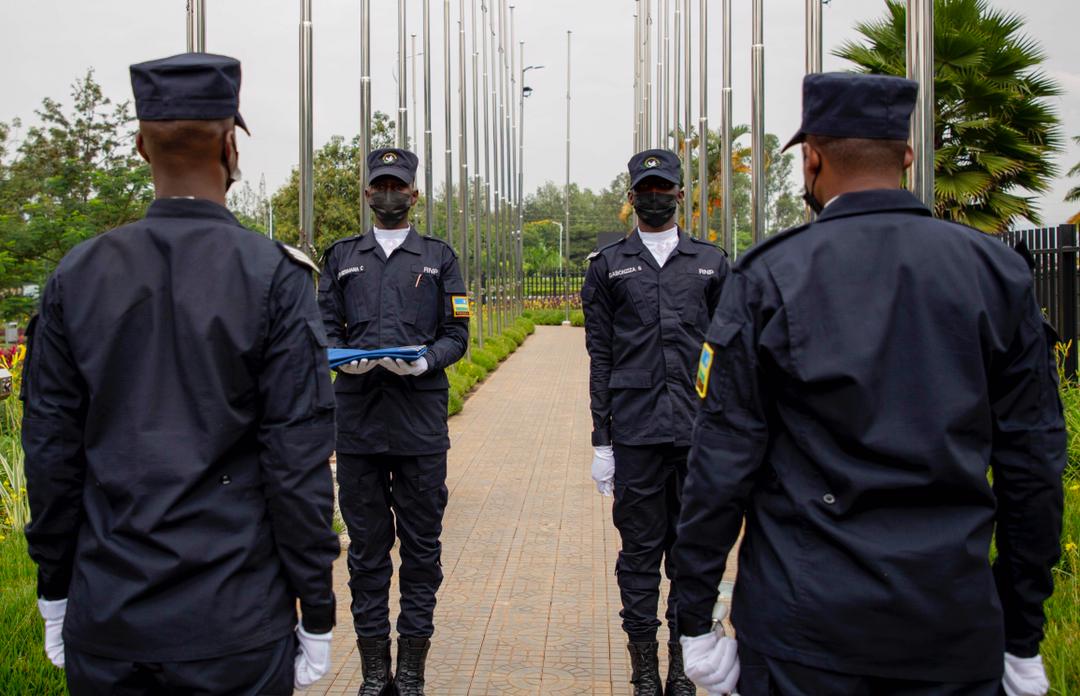 Makolo added that in just over three months and after two consecutive postponements due to the global pandemic, Kigali will host CHOGM, which will be an opportunity for leaders to address the said challenges.

“This will constitute a historic moment for both Rwanda and the organisation. For the first time, CHOGM will been held in a country with no history of British colonial rule,”

“This reflects the Commonwealth’s forward-facing agenda, oriented towards broader partnerships and collaboration in pursuit of common goals,” the Government Spokesperson wrote.

The British High Commissioner to Rwanda, Omar Daair, in an OpEd, added that the Commonwealth Day is an opportunity each year to celebrate the connections and diversity of the Commonwealth’s 54 nations.

“In June, the eyes of the world will turn to Rwanda as the full Commonwealth family will gather in Kigali, with world leaders, global business and development partners, and civil society will be meeting in Kigali as the UK hands over the role of Chair-in-Office to Rwanda,” the envoy wrote.

Amb. Daair said that the Commonwealth makes up a third of the world’s population, spanning 2.5 billion people from every continent and ocean, and every level of development.

“In the year of The Queen’s Platinum Jubilee, we will celebrate the dedication of Her Majesty, serving 70 years both as Monarch and as Head of the Commonwealth,” 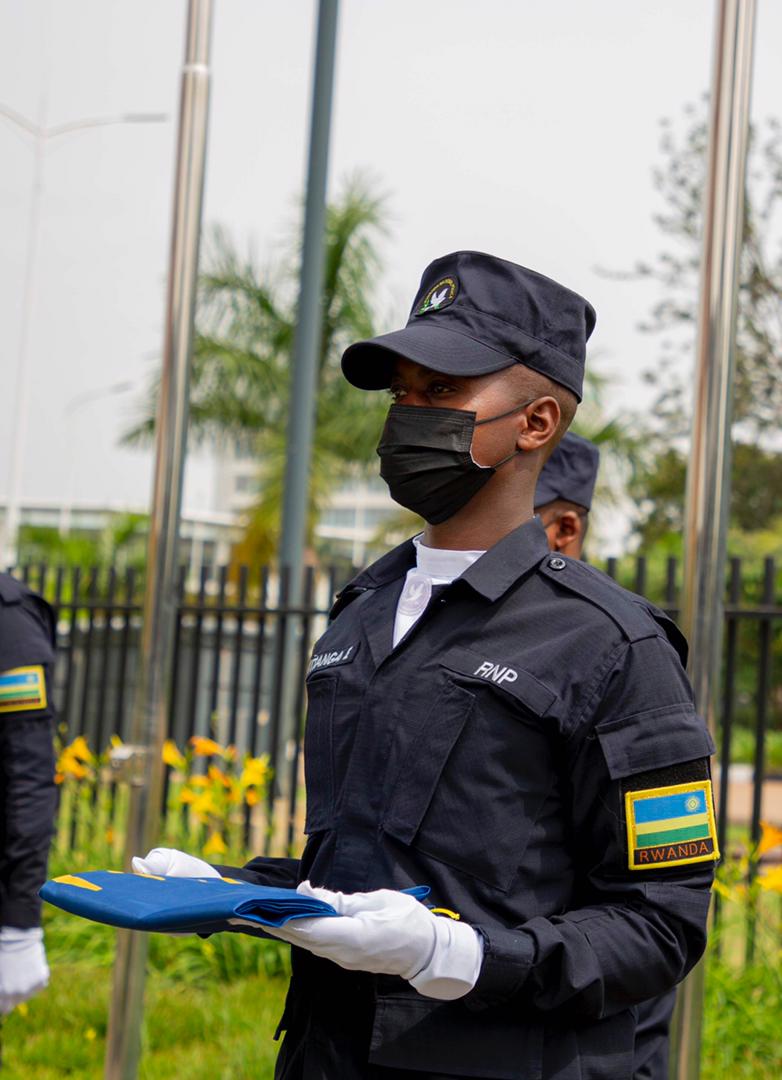 Commonwealth Day, formerly known as Empire Day, aims to promote a peaceful global environment and hopes to inspire the Commonwealth states for their future with a yearly address by Queen Elizabeth.

Rwanda has reiterated its readiness to host the biennial meeting which has been postponed twice due to the pandemic. The Government Spokesperson said that Rwanda is looking forward to hosting a ‘safe, seamless and memorable CHOGM’.

An official statement issued by Prince Charles, the Prince of Wales, on Monday confirmed that the the Prince of Wales and The Duchess of Cornwall will attend CHOGM which takes place in Kigali, Rwanda during the week beginning June 20.

“As the world works to recover from the Covid-19 pandemic, and in this Jubilee year, it is more important than ever that the countries of the Commonwealth come together,”

“As a family of some 2.6 billion people from fifty-four nations across six continents, the Commonwealth represents a rich diversity of traditions, experience and talents which can help to build a more equal, sustainable and prosperous future,” the statement reads in part.
“With this shared sense of common purpose, and in view of recent, enforced postponements, my wife and I are delighted to be attending the Commonwealth Heads of Government Meeting in Kigali, Rwanda, in June,” it added. 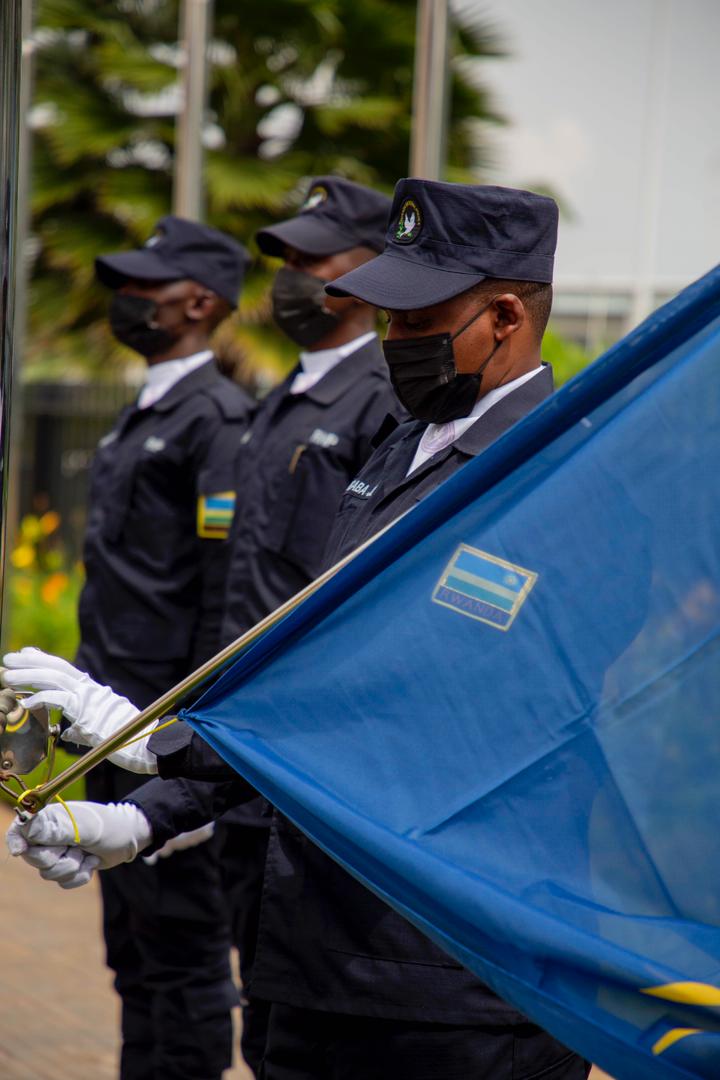 The statement added that the Prince of Wales has been an active supporter of the Commonwealth for over fifty years.

“Together with The Duchess of Cornwall, His Royal Highness shows his support through official visits, military links, charitable activities and other special events such as the opening of the Commonwealth Games in 2010 in New Delhi, India; in 2014 Glasgow, Scotland and in 2018 on the Gold Coast, Australia,” it said.

It further added the Prince has attended the Commonwealth Heads of Government Meeting (CHOGM) on five previous occasions – Edinburgh in 1997, Uganda in 2007, Sri Lanka in 2013 (where The Prince represented Her Majesty The Queen), Malta in 2015 and in the U.K in 2018. During the 2018 CHOGM in the UK, Commonwealth leaders formally announced that The Prince of Wales would succeed The Queen as Head of the Commonwealth. 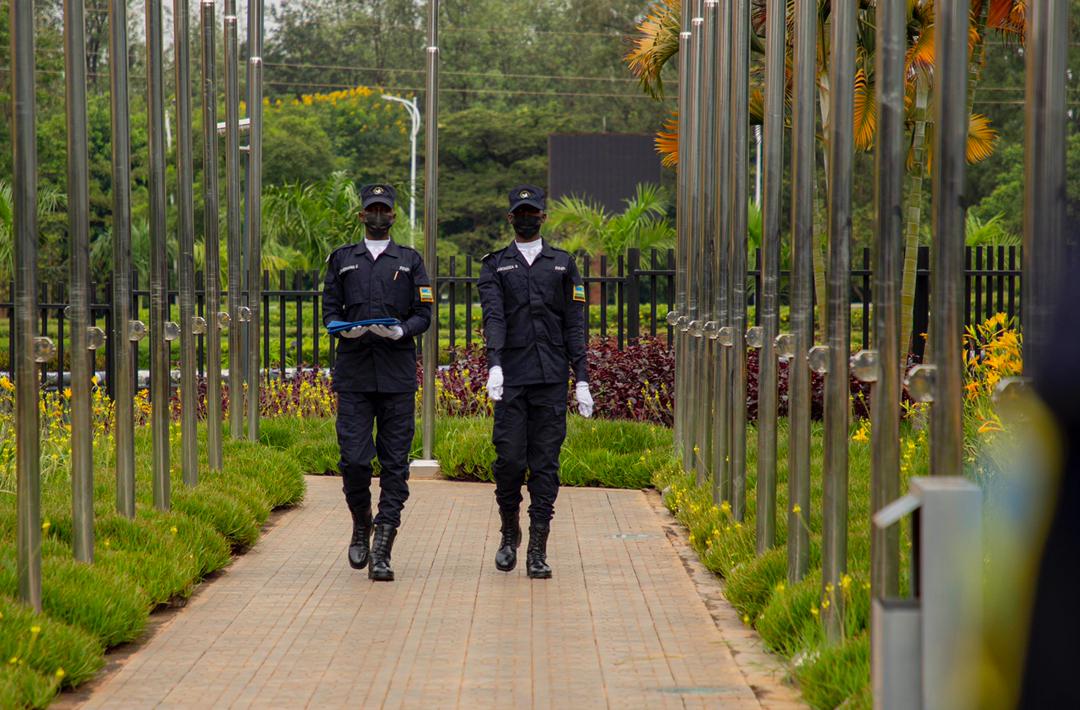 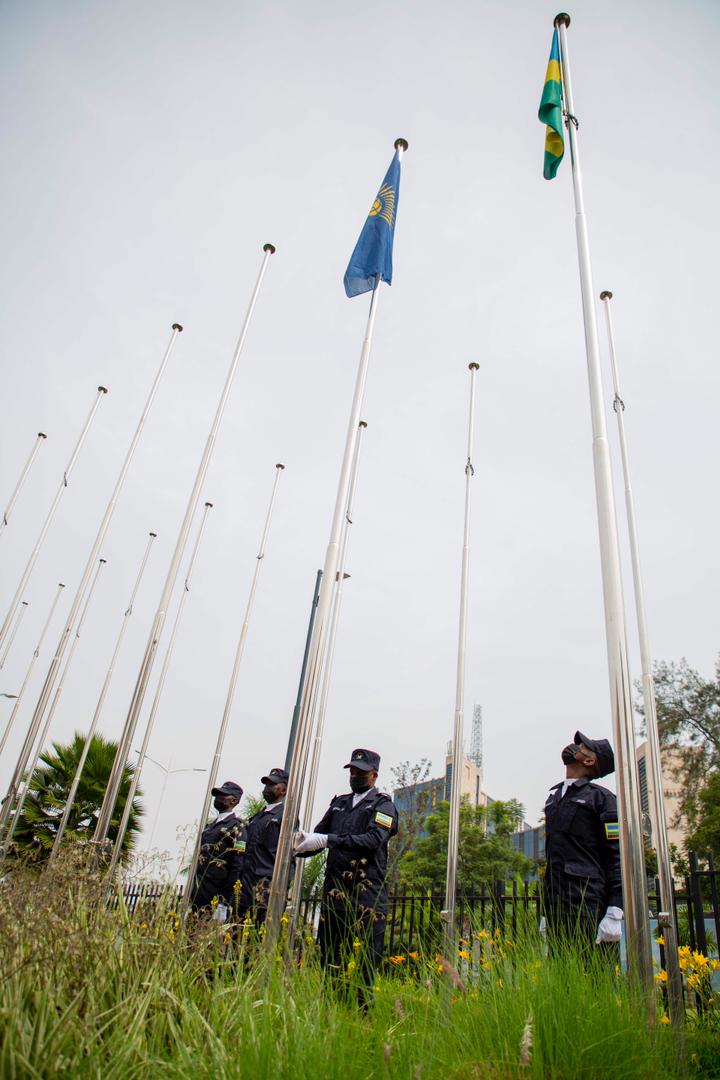 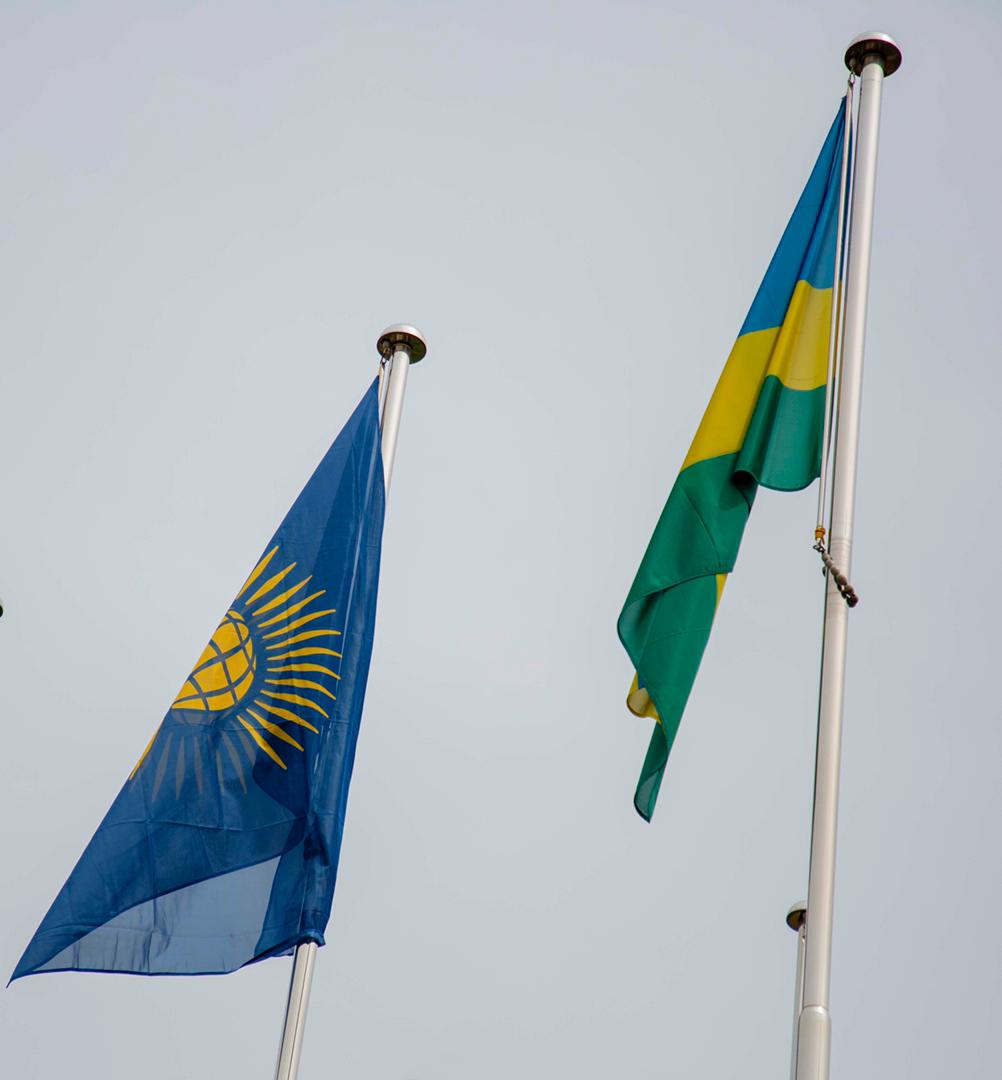 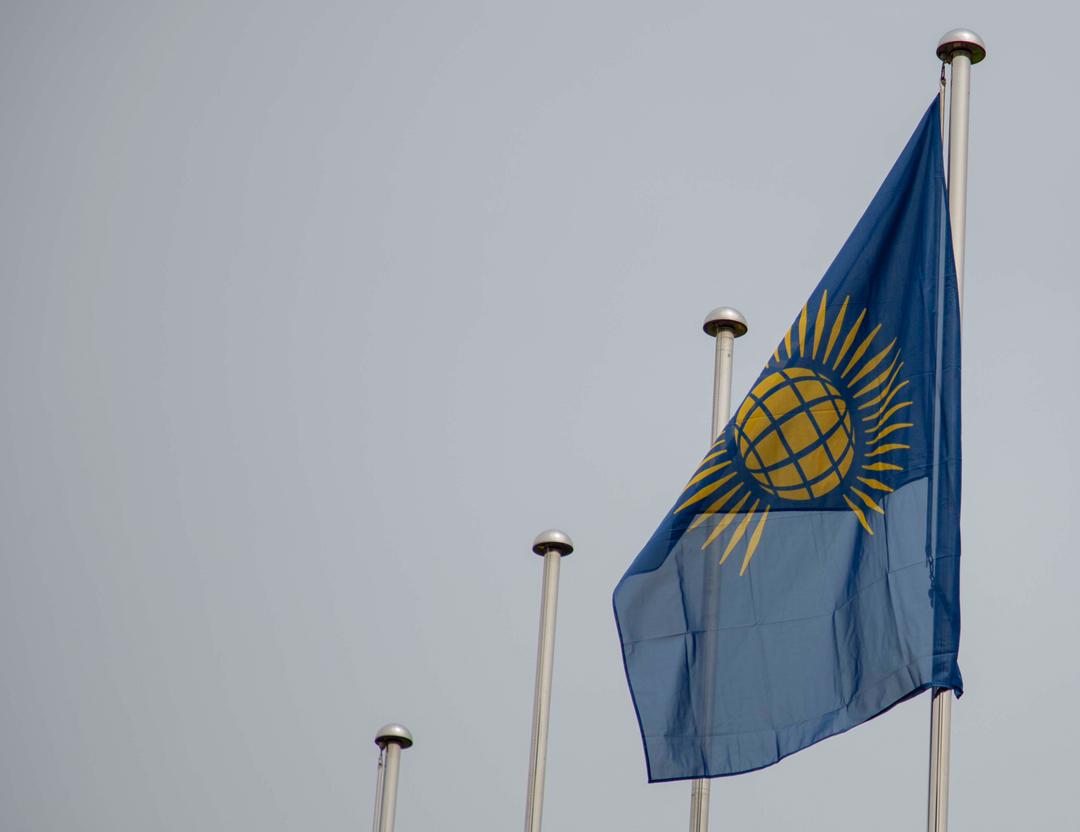 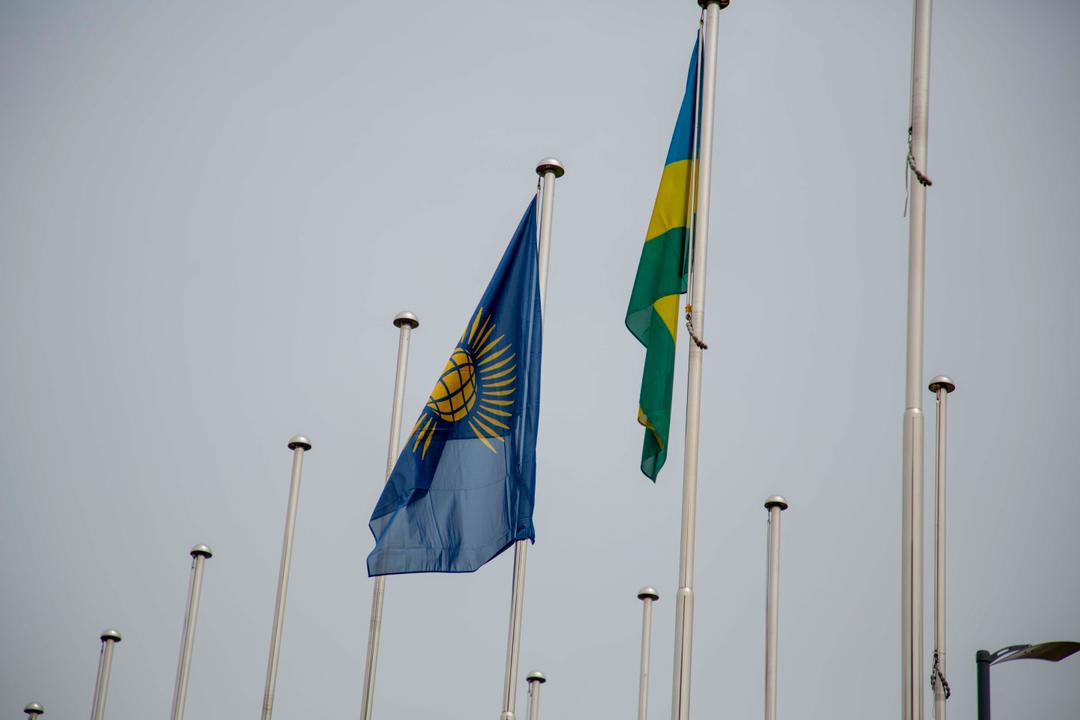