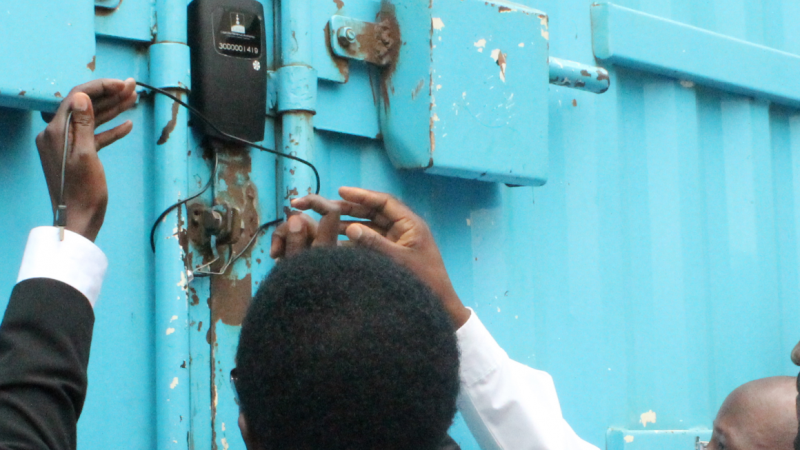 Cross-border cargo truck drivers from Rwanda and Tanzania steadily continue to go about their businesses successfully, with now clearance time per cargo-truck reducing from four hours to thirty minutes at Rusumo One Stop Border Post (OSBP).

The development is attributed to the establishment of three scanners that speeds up checking of cargos without unpacking them, and the Introduction of Rwanda Electronic Single Window (ReSW).

The latter is an automatic system that allows for the submission of a single declaration containing all information required by customs agencies responsible for controlling trade into and out of Rwanda and enables these agencies to inform traders of the progress on the release process.

The systems reduce time release of cargo and relieved businesses of many non-tax costs that used to be incurred during customs clearance, according to Yvonne Gatera, Assistant Commissioner in charge of customs support at Rwanda Revenue Authority.

“On average, cargo clearance has reduced from four hours to thirty minutes as of now, this is very important for trade because traders want to deliver commodities to their customers/bosses on time, without wasting time” Gatera said.

“A lot has contributed to this development, automation of the clearance systems, employing many people, infrastructure development, like establishing scanners and warehouses, quite a lot has been done to achieve this.”

According to Gatera, 400 cargo trucks are cleared every day at Rusumo OSBP.

Other things thought to reduce clearance time is Rwanda electronic cargo tracking system (RECTS) that was established to improve the safety of Rwanda-bound consignments from the east African coast.

It was launched by Rwanda Revenue Authority (RRA) in 2017. RECTS is a web-based integrated system used to monitor transit cargo under Customs control in the three countries.

“A lot has changed. Today, I don’t need to be cleared on both sides, Tanzania and Rwanda.  We didn’t have parking places, but now we have one that accommodates over 400 trucks at once. The scanners have simplified checking of cargo also,” Faust Niyonzima, a cargo truck driver said.

“We could even spend a day in the parking lot, but now I just count minutes for cargo clearance.”

How does RECTs work?

At departure point, a customs’ officer attaches an electronic seal and activates it in the RECTS system and then customs checkpoints will have smart gates to scan vehicle details automatically. 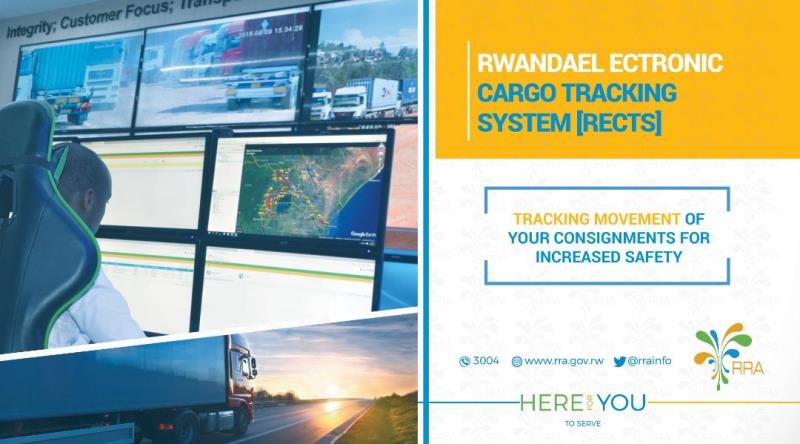 When the drivers start the journey, the centralized monitoring center which involves customs officers takes over the monitoring of the truck.

During the monitoring there are three interlinked centralized monitoring centers; Kigali, Nairobi and Kampala to conduct real time electronic monitoring of goods in transit.

In case of any transport violations, system alerts are generated, officials at the centralized monitoring centers dispatch officers whose role is to respond to alerts for immediate action.

At final destination, RECTS process is terminated when the customs officer deactivates the electronic seal in the system and removes it from the container or other means of transportation.

According to RRA, nearly 90% of the cargo through the Northern Corridor (the Kigali-Kampala-Mombasa route) is transported by road with the risk of cargo being targeted by criminals. Using RECTS becomes the solution, but also the all-appropriate tax is properly declared.

During the launch of RECTS, Trade Mark East Africa country director Patience Mutesi told the media that the system cost $4.5 million and was funded by the UK Department for International Development through TMEA.

The system is also reportedly implemented by tax authorities in Kenya, Uganda, and other traders, including assistance to importers, exporters, clearing agents, transporters, traders, and manufacturers’ associations.