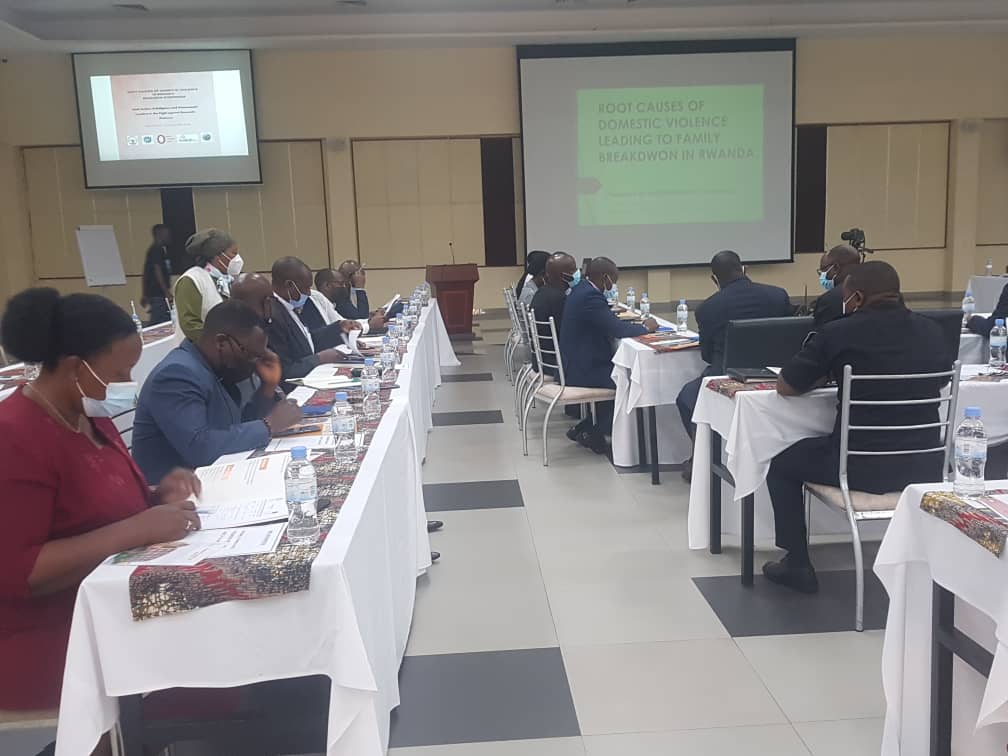 Dissemination of the research findings

Psychological violence is the most dominant form of domestic violence in Rwanda, according to just completed research by the Jesuit Centre for Research and Social Action.

The research, Investigating the Root Causes of Domestic Violence that Lead to Family Breakdown in Rwanda was conducted in ten districts in all the country’s provinces. Researchers talked to over 400 participants. In addition, 126 interviews were conducted with local leaders, and other government agents, families facing domestic violence, and religious leaders.

The survey found that the most prevalent form of domestic violence, was psychological abuse at 79%, followed by the more obvious physical abuse at 73%, sexual abuse at 47%, and what was termed economic abuse 56%.

Identified contributors to domestic violence included drunkenness at 70%, infidelity at 66%, disputes over material property and other material possessions at 63%, and conflict with in laws at 32%.

According to respondents themselves, there is no shortage of services to resolve issues that lead to domestic violence. The most widely used are local leaders, at 88%, with over 67% of respondents saying they meet the leaders in community meetings.

As might be expected in such a religious society, many people also turned to their religious leaders to resolve strife in the family. And at 91%, it is to religious leaders that most people gave the highest rating for effectiveness in resolving their conflicts, although as with local leaders, the majority felt that they did not get the time they needed.

The research found that reluctance to discuss problems emerging within families publicly, was a barrier to resolving these issues. Of the more than 300 interviewed, almost 250 felt that domestic issues should be resolved privately, within the family.

The research survey was conducted in collaboration with the National University of Rwanda, with the government of Rwanda giving relevant support.

The report makes a number of recommendations, for policy makers, including more time at community meetings, given to maintenance of harmony within the family, raising awareness of reproductive health for couples before marriage, and integration of awareness of domestic violence into community health programmes.