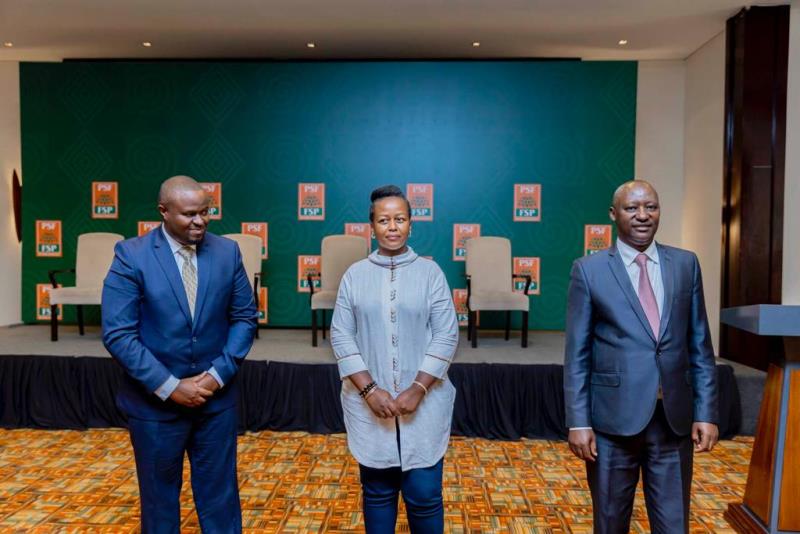 Members of the Rwanda Private Sector Federation (PSF) have re-elected Robert Bafakulera as chairperson of the executive committee for another three year term.

Bafakulera, the owner of Grand Ubumwe hotel who is also grounded in general trading among other businesses was unique candidate after André Bitwayiki withdrew his candidacy.

On the position of first deputy chairperson, voters chose Jeanne Francoise Mubirigi who is mainly grounded in construction industry.

The new first vice chairperson is also the chairperson of special cluster and, according to law regulating elections at PSF she will have to be replaced at the latter position.

Polls to replace a person who was elected to a higher position are organized within a week, said Eric Kabera, Communication Specialist at PSF.

The second vice chairperson who was elected was Aimable Kimenyi with 88 votes from 125 voters.

“Thank you for having trust in me once again,” said Bafakulera.

“I am also taking this opportunity to thank my colleagues in the outgoing executive committee. It was a trying period, but you managed.”

Bafakulera also thanked the new committee members that accepted to join the battle to boost the private sector in the country.

“We are still under COVID-19 but we are entering a new normal. You know some sectors were largely affected. We will have to work hard to overcome and work hard to advance even further. We are lucky that we are working under a very friendly environment.”

He further said they will have to widen presence to international markets.

“We shall seek several partnerships with continental business communities to boost this sector of ours,” he said.

Bapfakulera said that it is important for the members to understand that it is time to work hard to be able to compete with the regional markets using available opportunities including good leadership and national unity.

An estimate 150 voters were invited to vote and they include representatives of 75 professional associations of businesses that are part of PSF’s five clusters-agriculture, trade, service, industry and special cluster.

Others are members of PSF provincial executive committees (15) and national committees of the 5 clusters (15).

To this is added the chairpersons of the national executive committees at district level and members of the Golden Circle.

The latter is made of the top business individuals and organizations of the country.