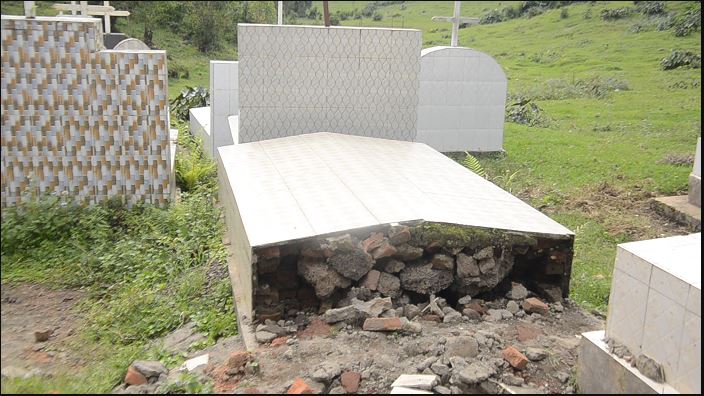 Thieves break the tombs, steal construction materials which they allegedly resell to the second hand dealers

Communities who found the final resting place of their relatives in Bukinanyana cemetery located in Cyuve Sector-Musanze district have been seeking support to assure security of this place.

The  cemetery is closed since the last twelve months, but thieves have been showing lack of respect to the cemetery.

The thieves break the tombs to steel tiles and bricks, leaving the remains exposed to the rain and other environmental threats. 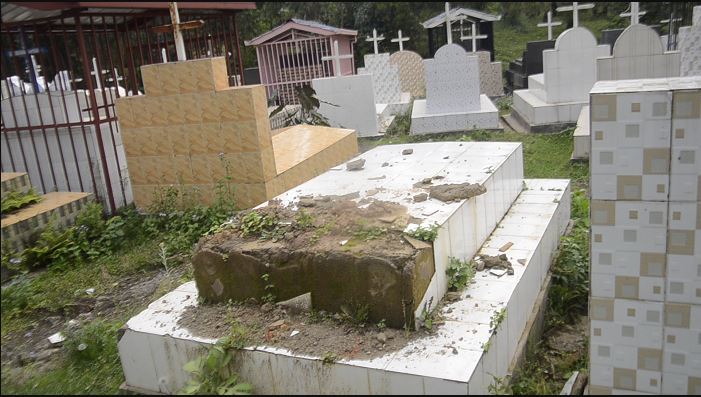 “They still everything, including from the photos of the deceased to the cross placed on the tomb, then bricks and tiles. It’s disgusting,” said one person whose relative was buried in the cemetery.

“They stole everything, we rehabilitated and they stole again.”

A part from this threat, livestock are also said to have found permanent pasture at this cemetery.

Axelle Kamanzi, the vice mayor in charge of social affairs in Musanze district said, that they will do their level best to have these shameful activities halted. 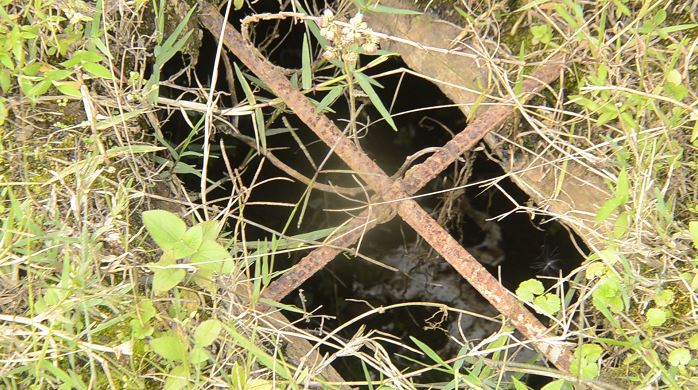