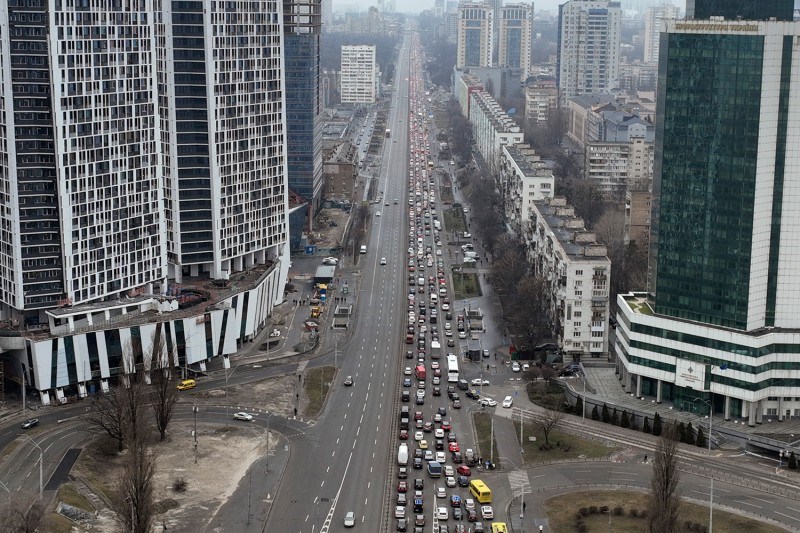 The updates from the office of the government spokesperson indicate that at least 72 Rwandans have been able to safely flee Ukraine following the ongoing conflict with Russia, while 14 are still in the war-torn Ukraine.

“They are in different areas of Ukraine, so the attempt to move from one place to another to flee the conflict could more put them in insecurity condition, than remaining where they are,” Deputy Government Spokesperson, Alain Mukurarinda on Saturday told Rwanda Television (RTV), to brief the country on the situation of Rwandans caught in the conflict as fighting continues between the two countries.

“For those who fled the conflict, most of them are in Poland. Yesterday, a meeting was conducted with their parents to make sure that these children are returned to Rwanda,” Mukurarinda added.

According to Mukurarerinda, the government of Poland gave a period of two weeks only for the foreigners fleeing Russia-Ukraine conflict to fly to their countries.

Since the start of the conflict, there have been numerous reports of Ukrainian security officials preventing Africans from catching buses and trains going to the border with Poland.

Yesterday, Nigeria’s government condemned reports that its citizens, and those of other African countries, have been stopped from leaving Ukraine.

Isaac, a Nigerian man trying to get into Poland, said border staff told him they were “not tending to Africans”.

“We have been chased back, we have been hit by police armed with sticks,” Isaac told the media.

Muhammadu Buhari, Nigeria’s President said today that there were about 4,000 Nigerians in Ukraine, mostly students.

According to Buhari, one group of Nigerians had repeatedly been refused entry to Poland so they travelled back into Ukraine to head for Hungary instead.

“All who flee a conflict situation have the same right to safe passage under the UN Convention, and the colour of their passport or their skin should make no difference,” Buhari wrote on twitter.