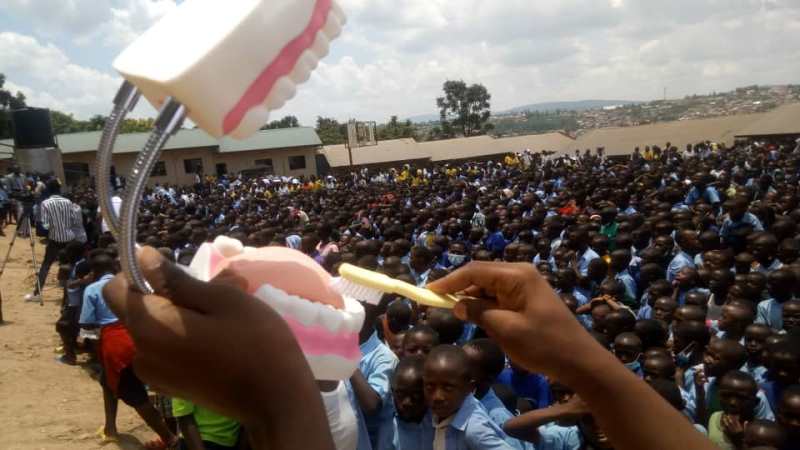 Rwanda has joined the world to mark World Oral Health Day, with dentists urging people to take appropriate measures to protect their mouth and their body at large.

Every year on March 20th, World Oral Health Day is celebrated to encourage people to keep a mouth with healthy gums, strong teeth, neutral breath, and a clean tongue.

This year, the government through Rwanda Biomedical Center (RBC) and  SOS Children’s Village Rwanda marked the World Oral Health Day on March 25, with the supply of tooth brush and tooth paste in schools and urging students to keep a healthy mouth.

“Oral diseases are still low in the country, but they should be prevented. People should reduce eating sugary foods, brush teeth at least twice a day, brush before sleeping at night and go for medical checkup at least once a year,” Dr. Francois Uwinkindi, Division Manager of Non-Communicable Diseases Division at RBC said.

“People should stop opening bottles using their teeth, it is dangerous. Going for medical treatment is important, especially when dental problems are suspected,” Dr. Uwinkindi added.

According to RBC, In Rwanda, the first oral health survey published in 2018 revealed that nearly two-thirds, representing 64.9% of the 2097 survey participants, had dental caries experience and 54.3% had untreated caries.

However, Dr. Uwinkindi said the number of oral illnesses across the country are still low, with only 5% seeking medical treatment in hospitals.

According to the World Health Organization (WHO), oral diseases affect 3.5 billion people globally, of which 90% with tooth decay.

Untreated tooth decay is the most common health condition according to the Global Burden of Disease 2019 and more than 530 million children suffer from tooth decay of milk teeth, WHO reports reads.

“Gum diseases affect up to 50% of the global population, it is the common reason for tooth loss. Oral cancer is one of the 10 most common cancers, with an estimated 300,000 to 700,000 new cases every year,” WHO report reads.

During the celebration this year, RBC and SOS Children’s Village Rwanda, a non-governmental organization that aims at strengthening the quality of child care and protection conducted a demonstration session to 6800 students at Kagugu primary and secondary school. 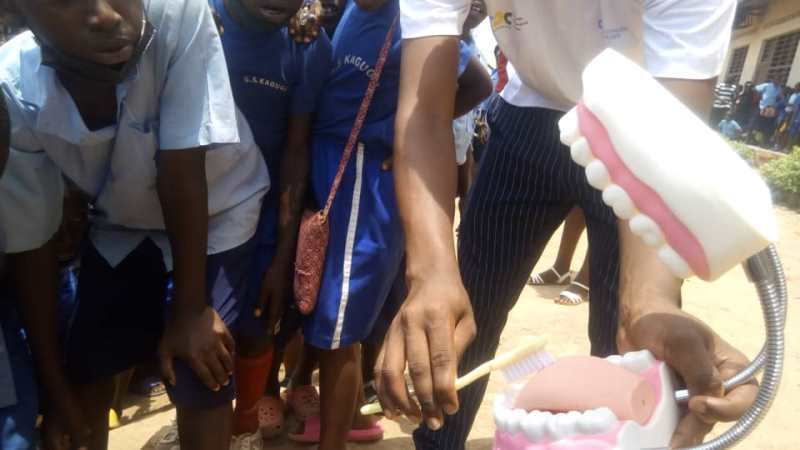 They also encouraged the students to visit a dentist at least once a year.

“We have a program of preventing oral diseases, starting with children, collaborating with RBC. Having oral hygiene is a culture that should be passed into children and the best place is finding children in schools,” Jean Bosco Kwizera, National Director at SOS Children’s Villages said.

Jean Baptist Habanabashaka, Head teacher of Kagugu primary and secondary schools said that oral diseases in schools are not common, but some cases are reported by children.

“I think parents pay less attention to oral hygiene. Some don’t buy toothpaste and brushes for their children. So, children can spend days without brushing, a condition that exposes them to oral diseases,” Dan Sinayobye, a senior one student said.