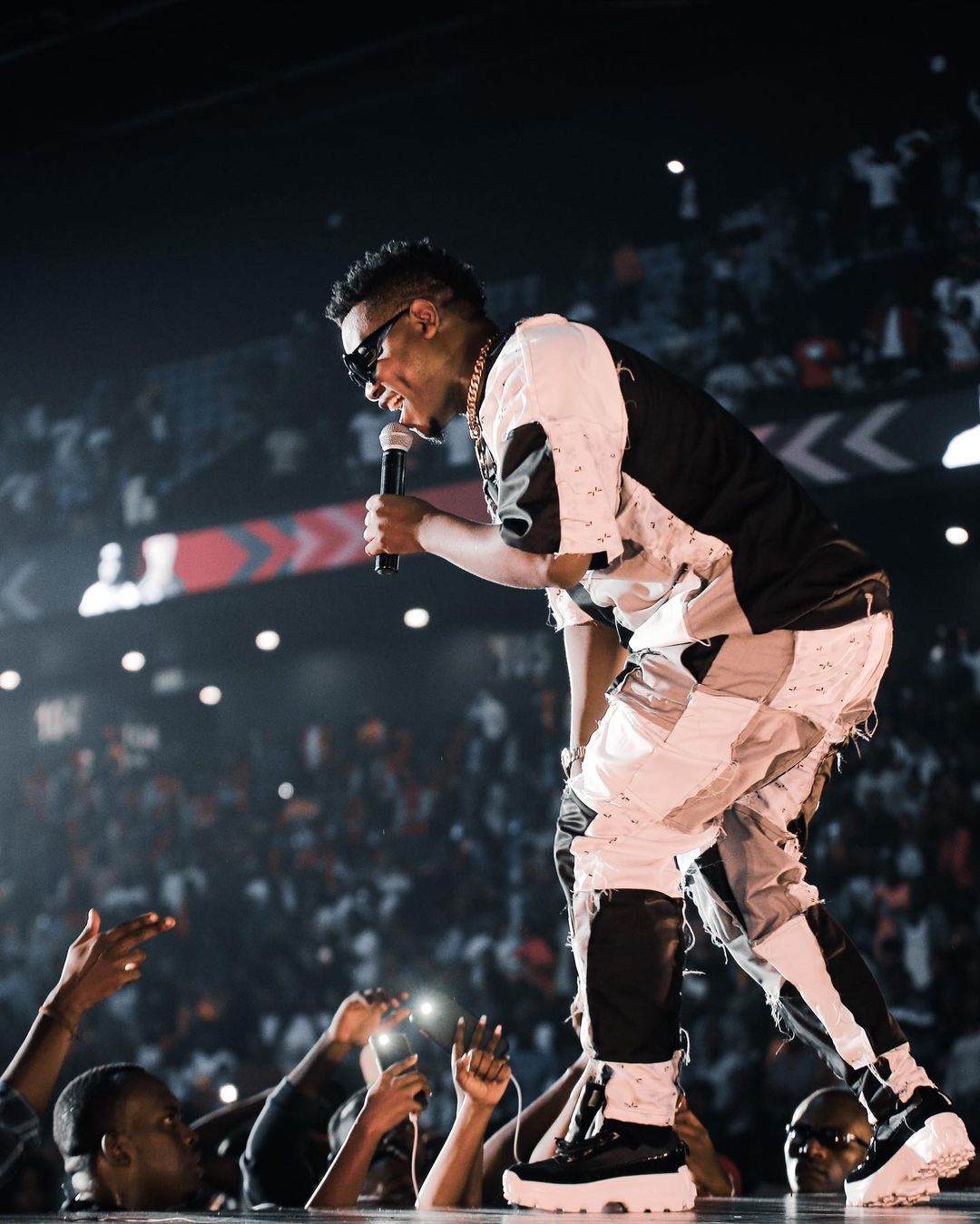 It looks like nothing will stop singer Melodie from his plans to conquer East Africa musically.

The Izina hitmaker is now in legendary music hub of Africa, the Democratic Republic of Congo(DRC) to record a song with Yope famed singer Innos B.

On social media, Bruce Melodie, Innos B and audio producer Madebeats  were seen busy getting creative in the studio.

Melodie has been on the road across the region recording hits with fellow musicians like Eddy Kenzo from Uganda, Bien of Sauti Sol crew from Kenya and all these are yet to be released.

The move is aimed at popularizing Rwandan music touch not only in the region but also across the whole continent.

The Katapilla famed star will next month hit the road to tour most of European countries starting with Belgium, Sweden, Norway, France and more to be revealed on the list soon.

In the country he has been the most and expensive booked artist.

He is allegedly the richest musician in the country with a big number of contracts worth millions as a brand ambassador.

Among others, his Kigali Arena contract is worth Rwf 150 million.