Rwanda will in a couple of weeks host one of the biggest, prestigious meetings in the world, the Commonwealth Heads of Government Meeting (CHOGM) due June 2022.

President Paul Kagame said, the country has no problem when it comes to the beauty of hospitality facilities, but said, a lot needs to be done to overhaul the service which can, in some instances, not be tolerated.

While speaking at the ruling party – Rwanda Patriotic Front (RPF) Inkotanyi congress on Saturday, the president said, there are services that can only be tolerated by fellow Rwandans, not guests.

He said he was personally disappointed last time when he took one of his distinguished guests to a hotel.

“For some of these hotels, their services can only be accepted by fellow Rwandans. Now we have many guests coming. They are going to test you,” the President said.

The President gave several cases of the past where hoteliers painted bad image of the country, obliging the guests to say that Rwanda is all beauty, but food…!

He asked the Chief Executive Officer (CEO) of Rwanda Development Board(RDB) to explain why the hospitality industry is not living up to its mission, and the later said. “There is lack of consistency; service providers want to be always reminded, clients lack that spirit of refusing bad service, staff are not valuing their job.”

For the President, there is rather lack of consistency to rebuke those that are sabotaging the industry.

But his speech only sought to warn that indeed, no poor service is allowed and none will be allowed during this big rendezvous where heads of state and government and princes will be in attendance.

He said that service providers who do not walk as per set standards should pay the price whereby for example, those that consistently offer bad services, should see their businesses closed and reopen if only they upgrade to the required standards.

Kagame’s speech touched a range of issues, and diplomacy took a large part of it.

He reminded the difficult period of time Rwanda went through where Southern, Northern borders against neighboring countries were closed, and later on during COVID-19, the Eastern border, too. 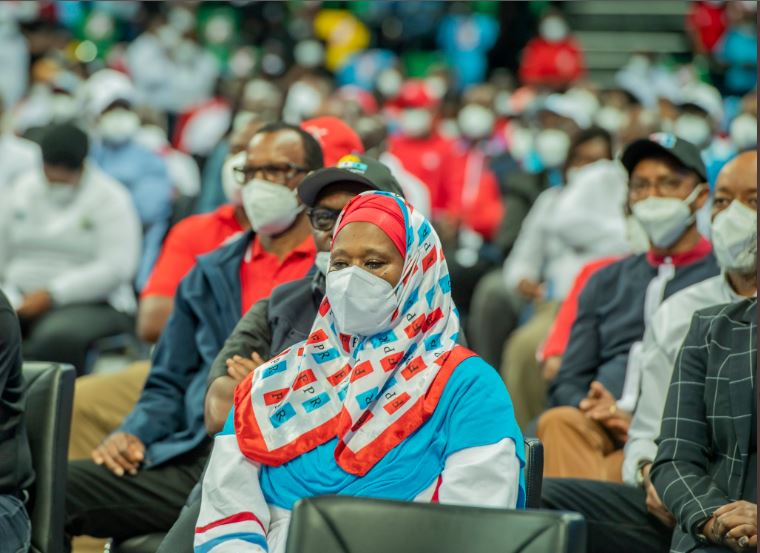 He said the period reminded Rwandans that theirs is a landlocked country.

“Should we think like others that are not landlocked, we shall perish,” Kagame said. “For example, why should we starve, why should we import food? Whenever a situation is going bad, why can’t we assure that we have the minimum to survive?”

The president was very much concerned that until the time of the pandemic, some Rwandans were still crossing into neighbouring countries for jobs that Rwanda has in plenty, with better pay.

He said that COVID-19 was an eye opener and the country provided all services that citizens needed inside the country and near the borders.

The President further said, relations between Rwanda and neighbors and further countries in West are greatly improving. 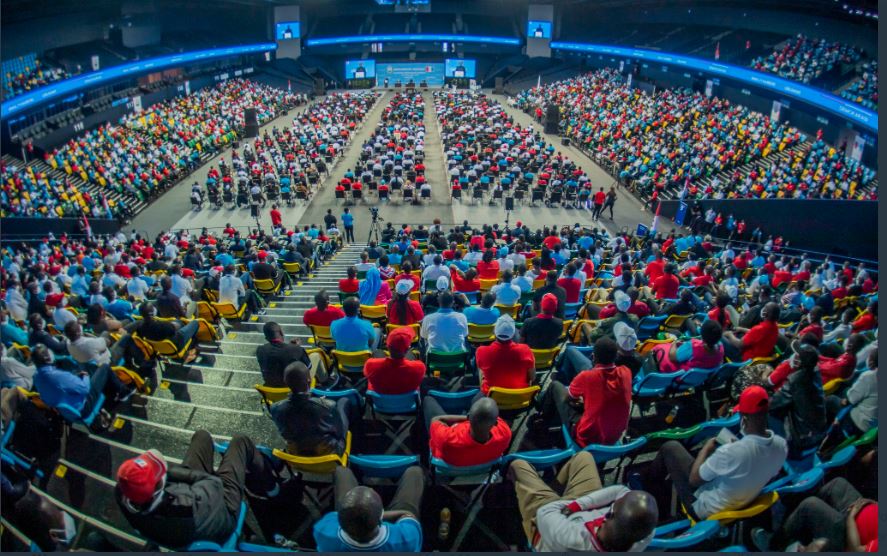 He said in the past some people wanted to leave the country and head to those countries that were not even in good books with Rwanda, which he said is laughable.

“When you are on a battlefield, you prepare, go face the enemy. Instead of wanting to go to the other side, which does not even want you,” he said.

“We should stand on our feet, not accept whatever they want to make of us. That’s not RPF, not Rwandan. You may accept to leave with the little you have and then improve with time,” the president further said adding that relations are going pretty well.