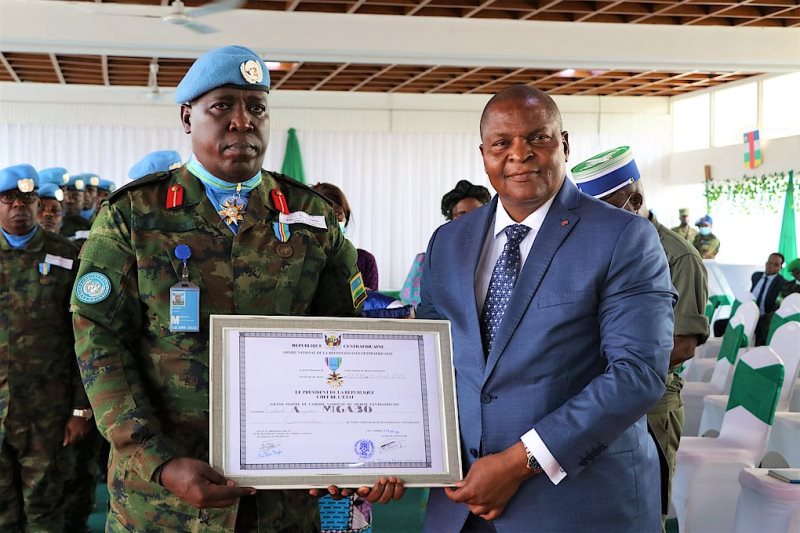 Rwandan peacekeepers serving under the United Nations Multidimensional Integrated Stabilization Mission in the Central African Republic (MINUSCA) have been decorated with medals by President Faustin Archange Touadéra to recognize their efforts to restore peace and stability in his country. 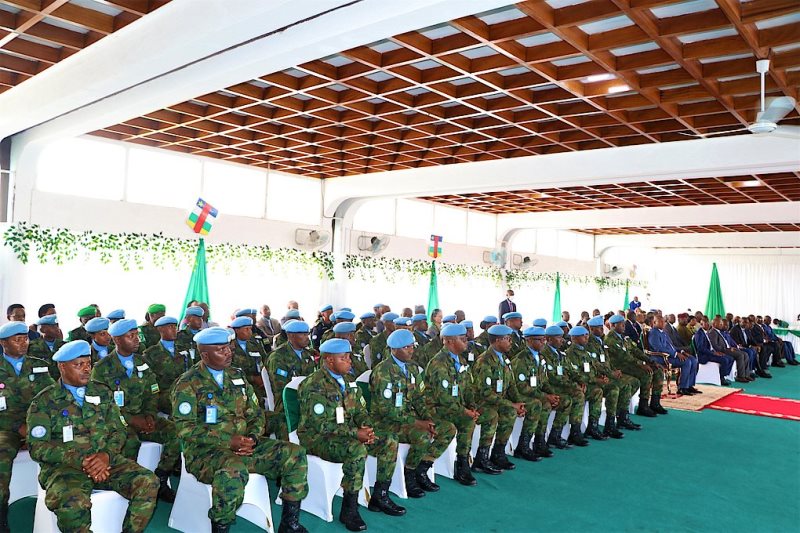 The event was also attended by the Head of Rwanda Diplomatic mission in CAR, Olivier Kayumba. 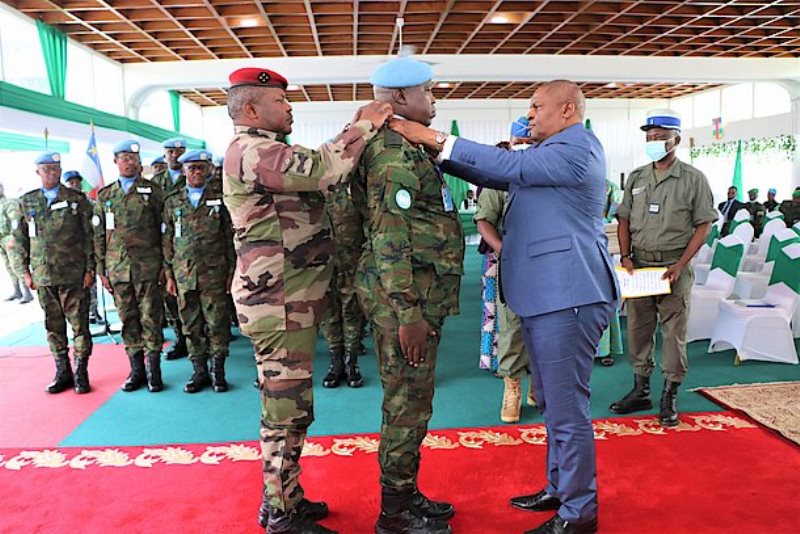 The President of CAR, Prof Archange Touadéra applauded the service of Rwandan peacekeepers to the people of the Central African Republic during the critical period.

“Rwandan peacekeepers have been vital in supporting efforts for restoration of peace and security to the people of CAR,” he said. 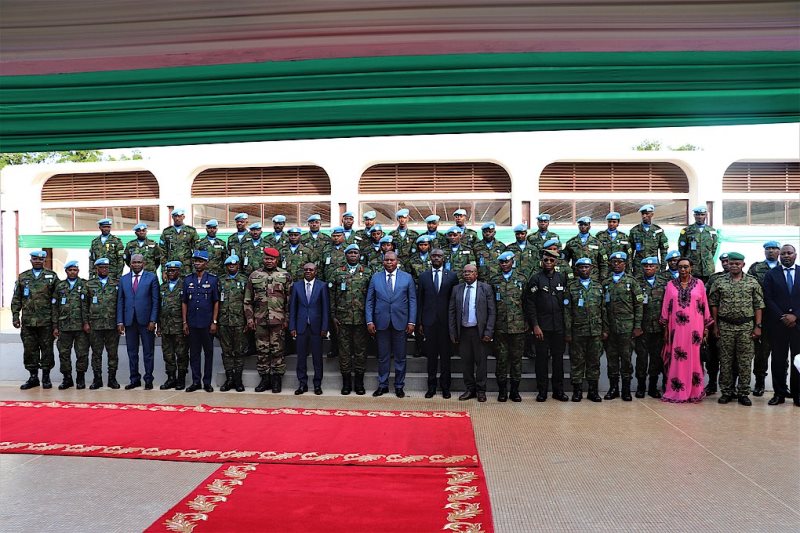 The Contingent Commander Col Augustin MIGABO acknowledged the President of CAR for recognizing the Rwabatt8 achievement in 12 months on duty.

“The medal decoration today is a sign of discipline, resilience, and professionalism shown by the Rwabatt8 during twelve months on tour of duty and good cooperation to the people of the Central African Republic and entire MINUSCA leadership,” he said.