On 07 April 2022, the Central African Republic (CAR) President Faustin Archange TOUADERA joined Rwandans living and working in his country and friends of Rwanda for the 28th commemoration of the 1994 Genocide against Tutsi in Rwanda.

The event took place at Hotel Ledger Plaza, Bangui. It was the first event organized since Rwanda opened its Diplomatic Mission in CAR in the beginning of 2022.

Rwandan community in CAR, Rwandan military and police peacekeepers under MINUSCA and military force under bilateral agreement collaborated to the success of the event.

The event was attended by more than 250 people including government officials, diplomats and consulates accredited to CAR as well as MINUSCA’s leaders.

The commemoration event was marked by the lighting of candles as a sign of hope and one minute of silence to pay respect to the victims of the Genocide against Tutsi.

Testimonies of two Rwandan survivors namely Mignone UWERA and Vanessa GIRIMPUHWE that were read to participants depicted the difficult period they endured during the tragedy and how despite being young children, they were compelled to take responsibility of heads of families.

In his speech, Olivier KAYUMBA, Head of Rwanda Diplomatic Mission in CAR thanked President TOUADERA for joining Rwandan community in CAR for the 28th commemoration of the Genocide.

He noted that it shows a prevailing good cooperation between two brotherly countries. He also emphasized on the history characterized by hatred, divisionism and dehumanization among Rwandans which culminated into the loss of more than one million innocent people in the 1994 Genocide.

Kayumba further explained to the audience, how the 1994 Genocide was not caused by the crash of the president Habyarimana’s crash, but it was a long time plan.

He said the Genocide was taught through divisionism and dehumanization. 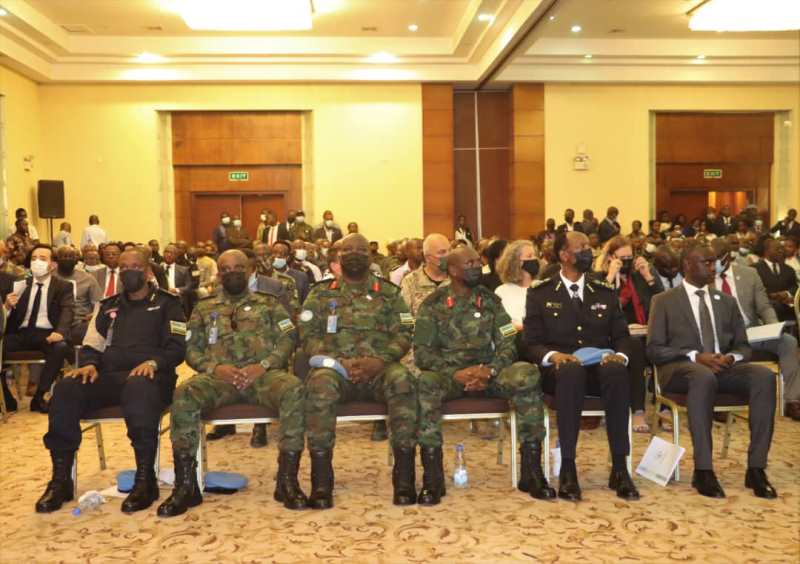 He called on different countries to follow the steps of some countries and arrest, try or extradite Genocide suspects living and hiding in their countries.

The Minister of Foreign Affairs, Francophonie and Centrafrican Community abroad, Madam Sylvie Baïpo-TEMON who spoke on behalf of the Government of Central African Republic, appreciated the invitation to share the history of Rwanda as a friend and a sister country.

She acknowledged the effort of Rwanda Government and the people of Rwanda in the reconciliation and national unity as a sign of hard work and good political will of President Paul Kagame who focuses on good governance and social economic development.