The Rwanda’s Water and Sanitation Corporation(WASAC) in collaboration with development partners is extending supply of clean water to residents located in areas that are prone to drought.

In the program that mostly targets the Eastern Province, the approach consists of establishing solar-powered boreholes and hand pump boreholes. Partners will contribute to 200 boreholes target.

So far, twenty boreholes have been completed by ChinaAid organization which uses Chinese experts in borehole construction and water management systems.

They were constructed in Nyagatare, Gatsibo, Kayonza, Rwamagana, Ngoma, Kirehe, and Bugesera, which are the six districts most affected by recurrent drought.

Others are constructed in Kamonyi and Muhanga districts, Southern Province.

The project was implemented at the cost of Rwf8Billion since December 31, 2019.

“Getting clean water is a relief; we used to fetch water from the swamps, sharing it with animals,” Esperance Uwamahoro, a resident of Kabarondo sector, Kayonza district said. 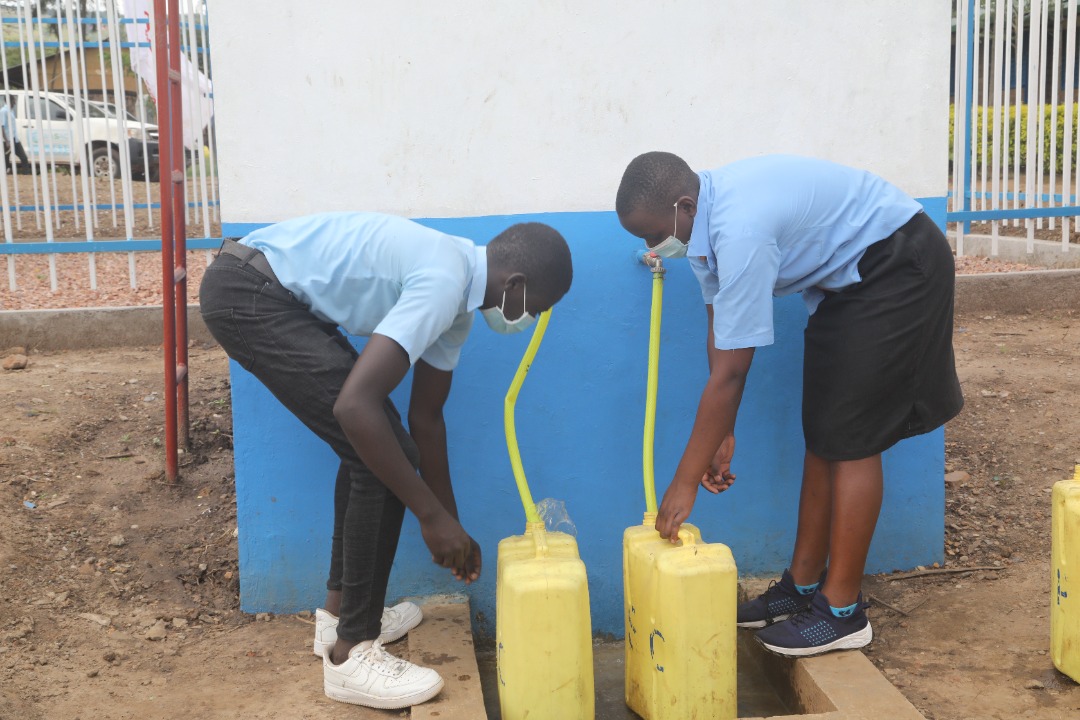 One of the most important goals for the Government of Rwanda’s 7-year program (2017-2024) is to ensure access to clean water for every household in the country.

“Our cooks are relieved from carrying containers of water, walking or cycling long distances to get water for the school. It was a burden, and likely to result in serious illnesses, but also delaying meals,” Magnifique Habimana,  Headteacher of Rwinkwavu Primary and Secondary school located in Kayonza district said.

“We think that using boreholes will be a sustainable solution to the scarcity of clean water in the Eastern province. The eastern province has few springs, and so boreholes will serve communities in drought and rainy seasons,” Vincent de Paul UMUGWANEZA, Director of Rural water supply services at WASAC said.